Carlsen and Karjakin Head to Tiebreak on Wednesday 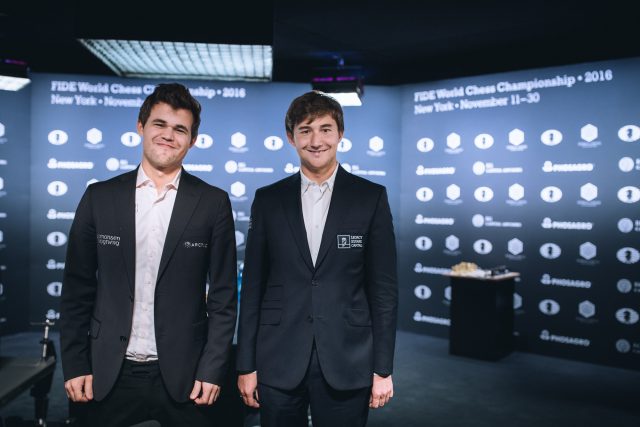 Carlsen and Karjakin, Photo Max Avdeev
After a short round on Monday, World Champion Magnus Carlsen and Sergei Karjakin head to a dramatic rapid tiebreak final for the World Championship on Wednesday. At 2 PM EST, they will begin the contest with 4 rapid games at G/25+ 10 second increment. If the match is still split 2-2, the title will be determined by a set of 5+3 second blitz games, a second set if needed, and finally, Armageddon if the blitz fails to produce a Champion. The chess community reacted strongly to both the surprisingly quick draw, and in anticipation of Wednesday's showdown.

If the 12th game of the World Ch. were a restaurant dish, I would send it back to the chef #CarlsenKarjakin


"I thought he [Carlsen] would at least try to create some problems for Karjakin."

Yes, today's game was boring, but as compensation we'll likely see one of the most dramatic finishes to a WC match ever. #CarlsenKarjakin 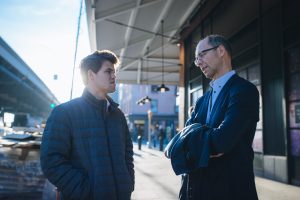 @GMHikaru should feel proud for training Carlsen for this moment,did a better job than all his team combined #blitzbattle #CarlsenKarjakin

Our reporter on site GM Cristian Chirila will be covering the tiebreak final both for this site and will also be updating for our social media accounts. Follow along at facebook.com/uschess and twitter.com/uschess.
SHARE: