Can You Calculate Like Five-Time U.S. Champion Gata Kamsky? 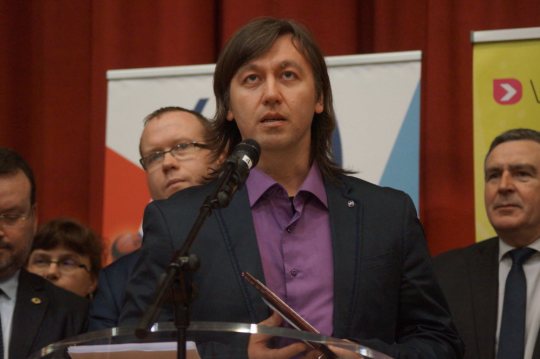 GM Gata Kamsky, Photo Alexandre Feyrin
Last weekend, Gata Kamsky became the only American in history to win the Cappelle la Grande Open, going undefeated the entire event and claiming clear first. This is a good month for Gata, as he was also just inducted, along with GM Maurice Ashley into the U.S. Chess Hall of Fame. Test your tactical skills with these puzzles from his journey to victory.

Show Solution
"Modern chess is too much concerned with things like pawn structure. Forget it. Checkmate ends the game." -Grandmaster Nigel Short

"No price is too great for the scalp of the enemy king."

"When I teach young children to play chess, they will inevitably come forward with a single piece at a time... I then ask them what happens [in team sports] when the player with the ball tries to attack without the support of his teammates.

Usually, they say 'I will lose the ball' which is a great starting point for explaining why you need to include as many pieces in the attack as possible.

However, the last time I used this metaphor, the kid said, 'I score and we win,' shrugging his shoulders. Being unable to explain even the basics of chess theory to him, I took consolation in the fact that life as a top-flight footballer is probably not all bad..."

Awesome article!
Nice tactics!!!
And Cannes games? No transmission? att Acyr (Brazil)
For tactic #3, doesn't just pushing the pawn to e6 work just as well?
[…] Gata Kamsky is a five-time U.S. Champion. In addition, he can boast a feat that no one else in the field can: He was a Candidate for the World Championship in 1996, the first American since Bobby Fischer. As a warm-up for this year’s US Championship, Kamsky recently won the Cappelle la Grande Open. […]