Youth versus experience. Balance versus composition. Bears versus...Maroons? On Sunday, November 13, the four regional champions of this year's United States Amateur Team (USAT) tournaments squared off on the Internet Chess Club (ICC). Then, the two collegiate teams — albeit with very different approaches to roster-building —  played later that afternoon for the championship.

In the first semi-final, West champion Cal A defeated the East’s ICN. Boards three and four featured solid chess, with Cal A’s Christopher Pan and Sadia Qureshi both outplaying their East opponents. Needing only one draw out of two games to clinch the match, the top two boards were nevertheless pure chaos. 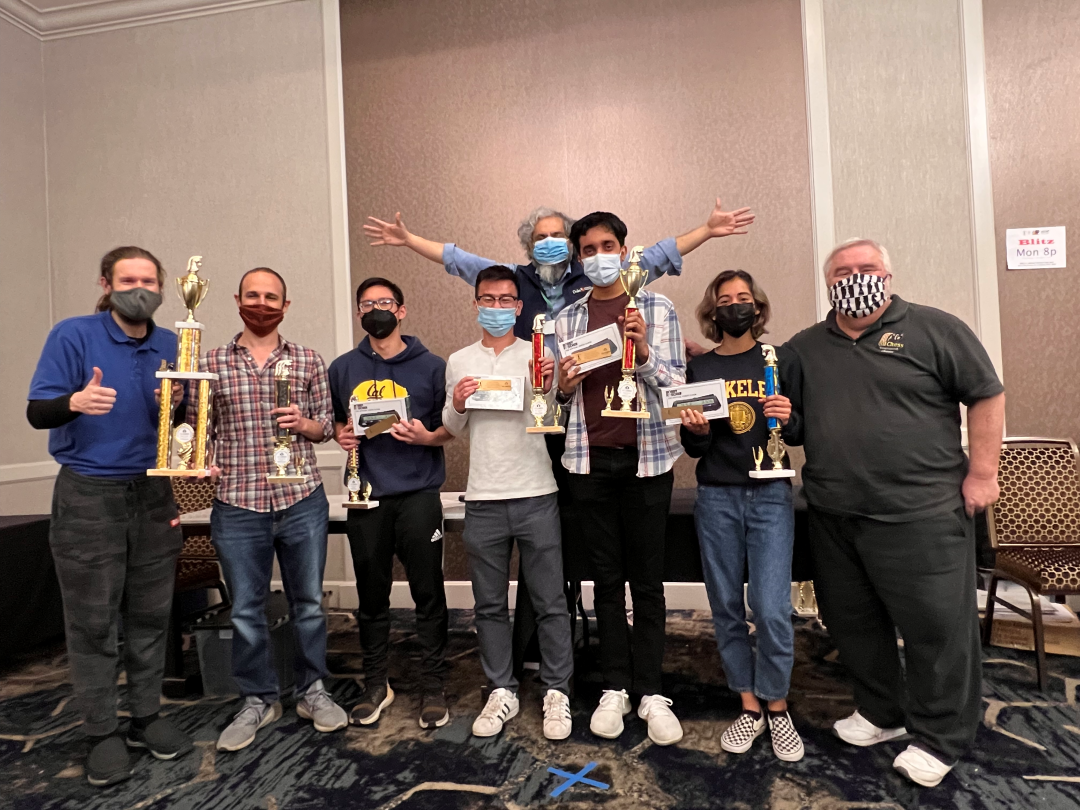 Clinching the match for Cal A, IM Kesav Viswanadha launched an immediate kingside assault against Lev Paciorkowski. The path to equality was narrow, and Paciorkowski was unable to hold.

Cal A would face the winner of the North’s UChicago B and the South’s ChessHub. For those following UChicago B’s rise to the North title, the question remained whether they could win matches with a fourth board rated 1,000 points below all of his potential opponents. 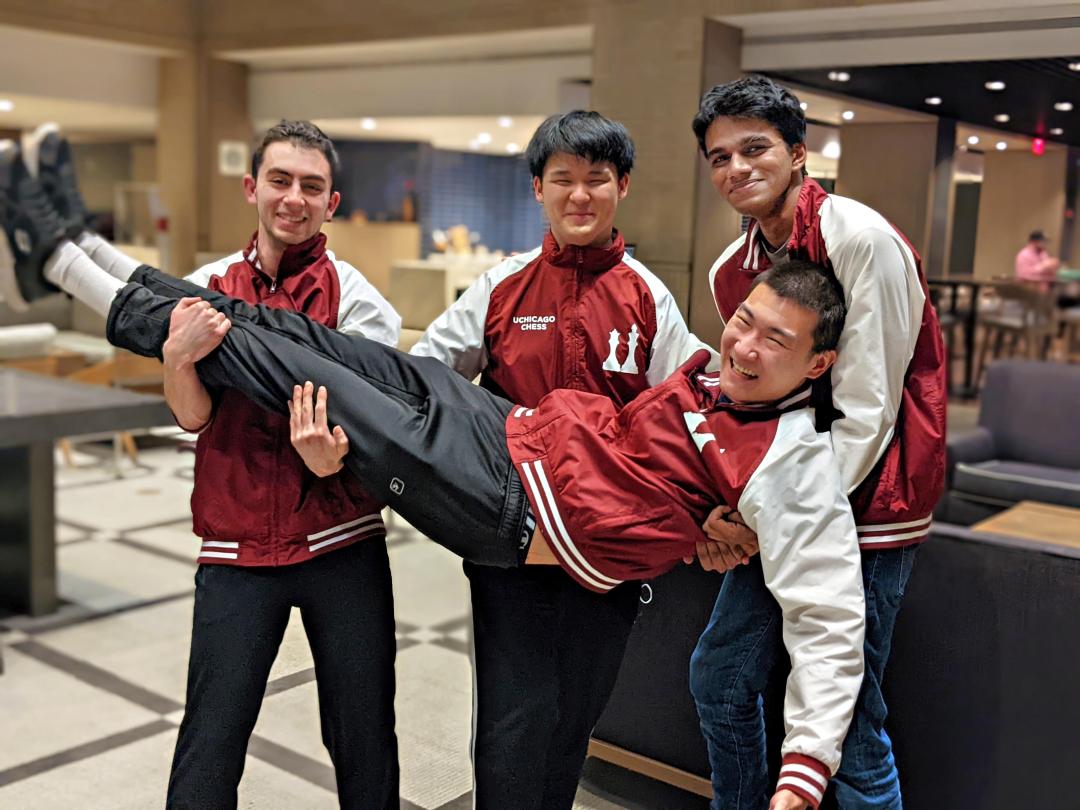 In order to stay under the rating threshold, GMs Awonder Liang and Praveen Balakrishnan, along with FM William Graif, joined forces with their classmate Brian Hu, rated 812. Anti-climactically, UChicago B won the match after a pair of forfeit victories. Spectators were still treated to an excellent demonstration from Balakrishnan on how to patiently attack in a closed position.

The all-collegiate finals ended in a 2-2 tie, with Liang and Balakrishnan breaking down patient resistance from Viswanandha and Lin on the top boards.

On the fourth board, Sadia Qureshi cleanly executed a thematic kingside attack against Brian Hu to draw first blood for Cal A.

The fate of the championship came down to FM Graif and Cal A’s Christopher Pan. Graif was in the driver’s seat out of the opening, and still had a defendable game after a few inaccuracies. But one oversight gave Pan a clear path to victory, and he never looked back.

For the rapid playoffs, played at a time control of Game in 15 minutes with a two-second increment, Qureshi again outplayed Hu. Then, Graif came out swinging against Pan, eager for revenge, but did not correctly assess how urgently he needed to continue his attack.

Armageddon appeared inevitable as Balakrishnan once again wore Lin down. Then, something shocking happened on board one.

Needing to play for a win, Liang misplayed his attack in the opening and reached an objectively losing position. Viswanadha, needing only a draw, astutely traded into an equal rook endgame, and managed to deliver the clutch half-point for Cal A.