Blunt Predictions: Greg on the US Championship

IM and PRO Chess League commissioner Greg Shahade contributes his annual blunt predictions on the US Chess Championships, coming up in Saint Louis from March 28-April 10. Don't agree? Comment below or share your own opinion on twitter or facebook. Next up: Vanessa West's preview on the US Women's Championship, held concurrently. The U.S. Championship is coming and in this preview I’m going to be very blunt with you: One of three players is going to win this tournament. No one else has much of a chance. The three contenders are: Wesley So, Fabiano Caruana and Hikaru Nakamura Who do I think is going to come out on top out of these three amazing players? I’m going with the 2016 Sinquefield Cup Champ. 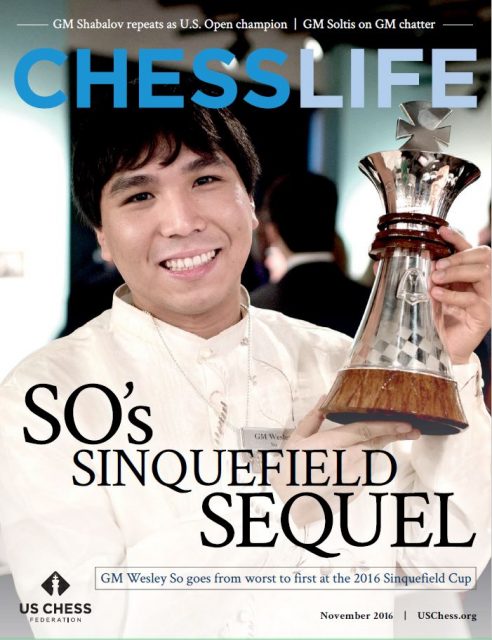 Wesley So on the cover of the November issue of Chess Life Magazine
Now let’s focus on the second tournament: The battle to achieve the highest score out of the remaining 9 players. I will rank them in order from 1-9: 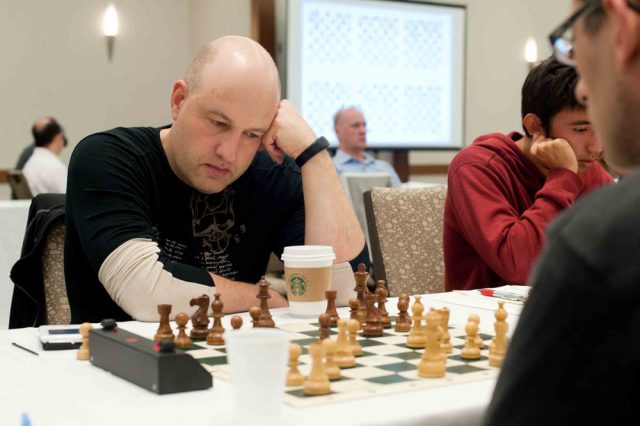