Big Stars and Upsets at the U.S. Masters

The U.S. Masters has attracted many grandmasters to Greensboro, NC for years under the organization of Walter High, a former librarian who began organizing tournaments and has been extremely active in the North Carolina Chess Association. The tournament has gained respectability among the country’s masters, as it proves itself to be a tournament with optimum playing conditions, a great venue, and amazing treatment of players. In fact, new attendants primarily hear about the tournament by word of mouth. Still, the organizer invites a few players every year and he always recruits with personalized emails to show that he values creating actual relationships with players. Walter’s focus is always on the players, as he organizes this tournament every year. He claims it is accomplished because “we listen to what they say. We get feedback to improve conditions for chess players. It gets better each year as we continue to learn what chess players want and need from the tournament.” The tournament conditions are not the only aspect of improvement. This year, the field is by far the strongest the tournament has ever seen since its 2012 inception. Ultimately, Walter hopes that he can build up the tournament so strongly that the winner would get an automatic place in the U.S. Championship, just like with the U.S. Open. This time around, the tournament boasts over 20 GMs and plenty of IMs. Many of the players are quite big stars who have steadily become well known on the chess scene are playing and of course praising everything about this tournament! These players include: GM Sam Shankland GM Sam Shankland is one of the best and most popular players in the country. He was a member of the 2016 gold winning U.S. Olympiad team and has played in World Cups and U.S. Championships. In this tournament, he is the top seed and has been playing on Board 1 for the first three rounds. It is his first time playing, as he announced on FB. 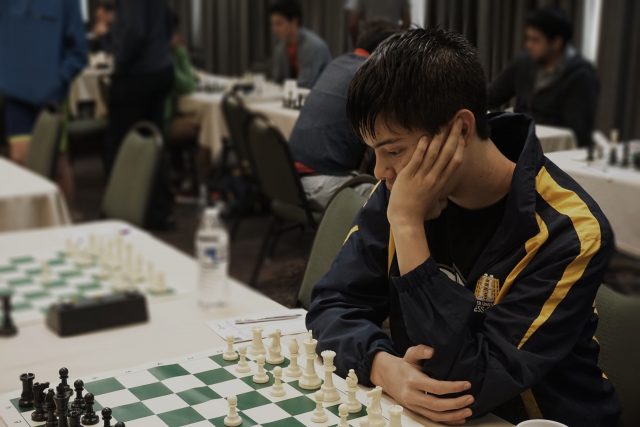 This grandmaster was part of the 2016 gold winning U.S. Olympiad team and has competed in numerous collegiate chess tournaments in his time at Webster University. GM Robson is the second seed in the tournament and just like GM Shankland, he hopes for success on his first time participation at the event. GM Yaro Zherebukh 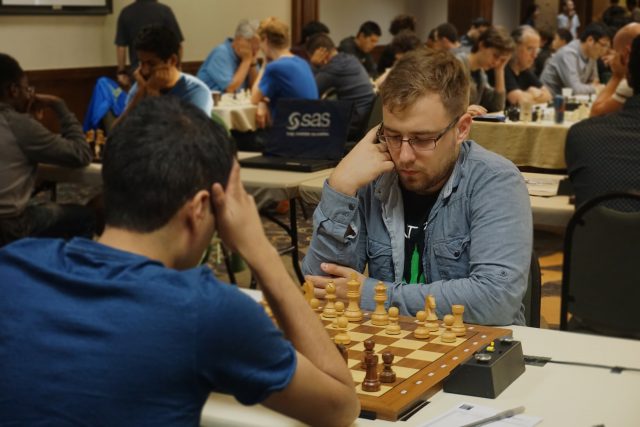 GM Zherebukh has become best known for his success at the 2011 World Cup and at this year’s U.S. Chess Championship. Although he has had a rough series of tournaments this summer, he is hoping for redemption at the U.S. Masters. After all, he won the tournament two years ago and tied for second last year. One of the most qualified players to comment on the event, as he has committed himself to playing in the past two years, he claims: “Second only to the U.S. Championship, I feel that it is the most organized and one of the strongest tournaments in the United States. I am considering coming back as long as the tournament exists. This is the tournament that makes you feel valued as a chess player.” GM Awonder Liang 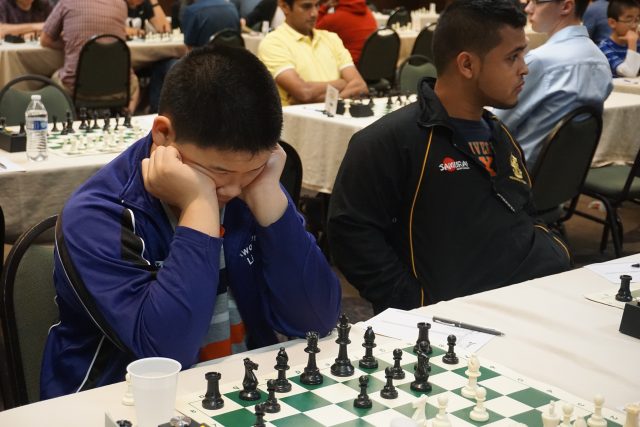 Newly minted grandmaster Awonder Liang has been one of the most promising young players in the country. He is gaining a lot more attention than ever after his participation in the Match of the Millennials and his qualification to the upcoming U.S. Championship by winning the U.S. Junior Championship. Both these tournaments most likely gave him a lot of preparation and practice necessary this challenge. GM Cristian Chirila 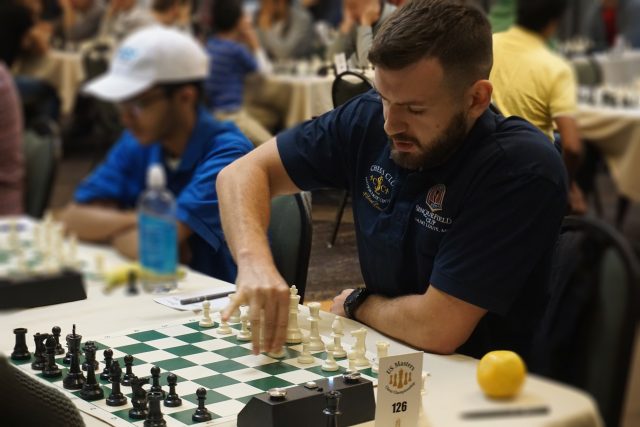 GM Chirila is a big chess star both for his famous commentary and for his over the board play. He was recently on the commentary team for two of the biggest tournaments of the year, the Sinquefield Cup and St. Louis Rapid and Blitz. In recent times, he plays in some tournaments at the Chess Club and Scholastic Center of St. Louis and is an active in California, where he resides.

Despite all the strong players, no one at the tournament is invincible. Three rounds in, the tournament as with every tournament, big upsets are occurring here and there. NM Beilin Li took down an International Master, Michael Mulyar , with a huge, 499 point difference in rating (corrected from earlier version of this article). It is worth noting that the NM’s FIDE rating is not very high due to his lack of FIDE rated tournaments, which are hard to come by in the U.S. especially for a college student. However, it does not diminish the NM’s victory, as he was able to not only salvage a game he was losing, but to win it. 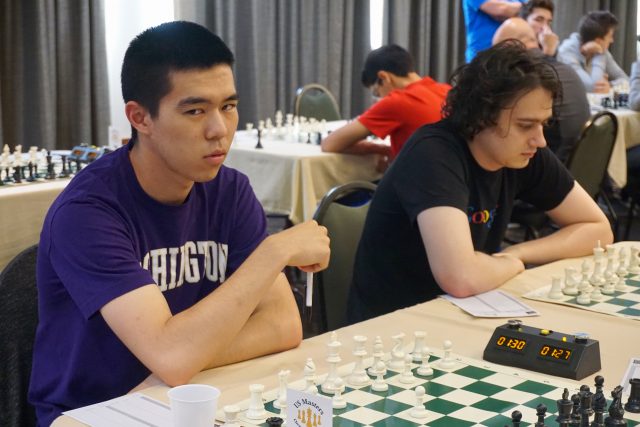 IM Farai Mandizha also had a huge upset, beating GM Timur Gareyev, one of the best players in the country.

Gareyev is nicknamed “The Blindfold King” for his record breaking blindfold chess success. He withdrew from the tournament after his loss to Mandizha, who is no doubt floating on air a bit after his victory. As the tournament progresses, there are likely to be more upsets and perhaps even someone who is not one of the big stars could win the tournament. The excitement continues into the weekend, with the North Carolina running parallel to the U.S. Masters. You can find more information about the tournaments at: http://www.carolinaschessinitiative.com/ and follow live games here.