Another Brutal Day in the Gateway City

After the rest day, the players came out fighting in the sixth round of the 2022 Junior, Girls' Junior, and Senior Championships.

With the majority of the games once again being decisive — 11 out of 15 in this round! — clear favorites have emerged in two of the sections, while the race to the top has tightened up in another.

Leads were extended for WFM Sophie Morris-Suzuki and GM Christopher Yoo in the Girls’ Junior and Junior events. After leading the Seniors section going into the rest day, GM Larry Christiansen now has company at the top, with GM Dmitry Gurevich and GM Maxim Dlugy joining him at the head of the table. 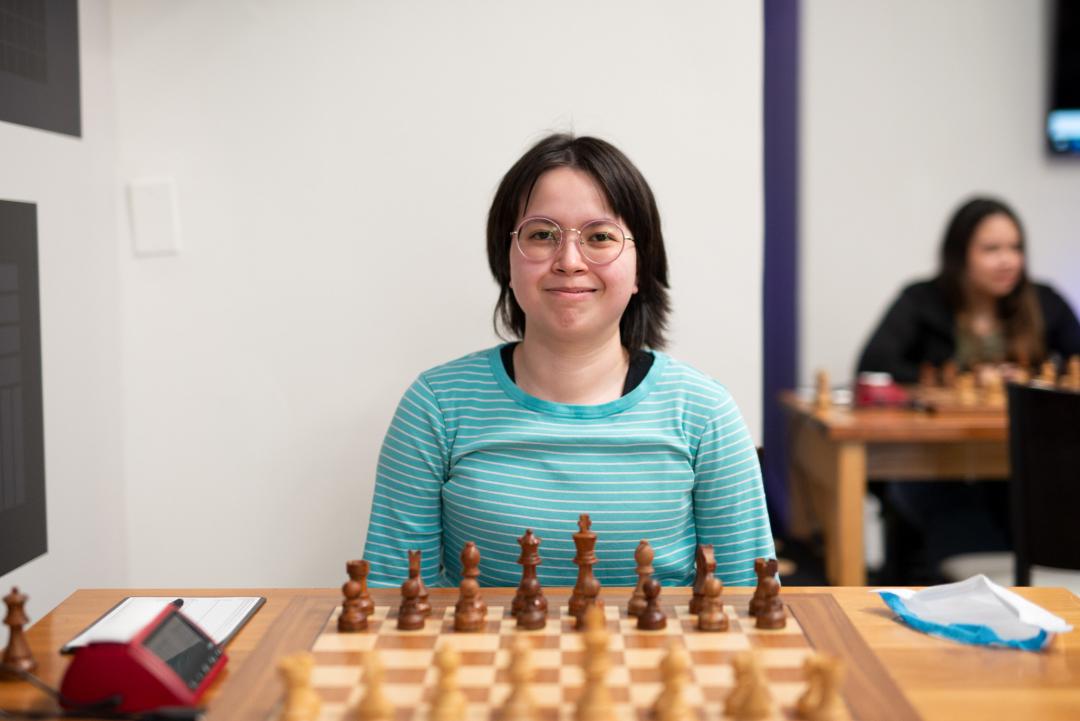 We begin with the sensational Sophie Morris-Suzuki, who is playing the tournament of their life. Sophie added to their perfect score with a win over FM Ruiyang Yan with the Black pieces, bring them to a perfect 6/6.

Prior to this round, both FM Jennifer Yu and FM Thalia Cervantes Landeiro were breathing down Morris-Suzuki’s neck, trailing the front-runner by just a point. With just one slip-up, either might catch them.

As it turned out, Yu would lose her game to FM Rochelle Wu.

And Cervantes Landerio would lose her game against FM Alice Lee. The upshot? Well, as the great Yogi Berra would say, “it’s getting late early!” — Morris-Suzuki leads the field by two points with just three rounds to play. 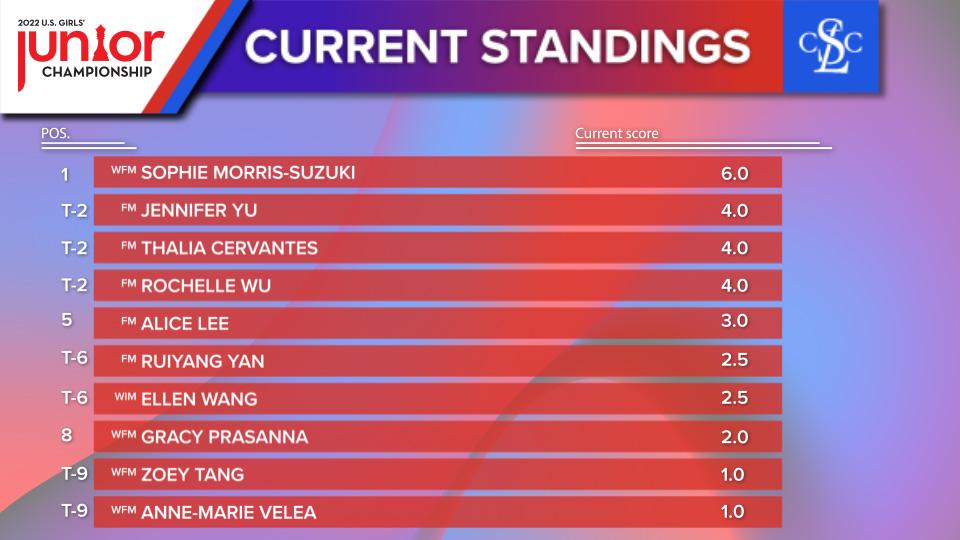 In the other decisive game of the round, WFM Gracy Prasanna was victorious over WFM Zoey Tang. And for the pacifists out there, there was one peaceful outcome when the game between WIM Ellen Wang and WFM Anne-Marie Velea ended in a draw after 66 moves. 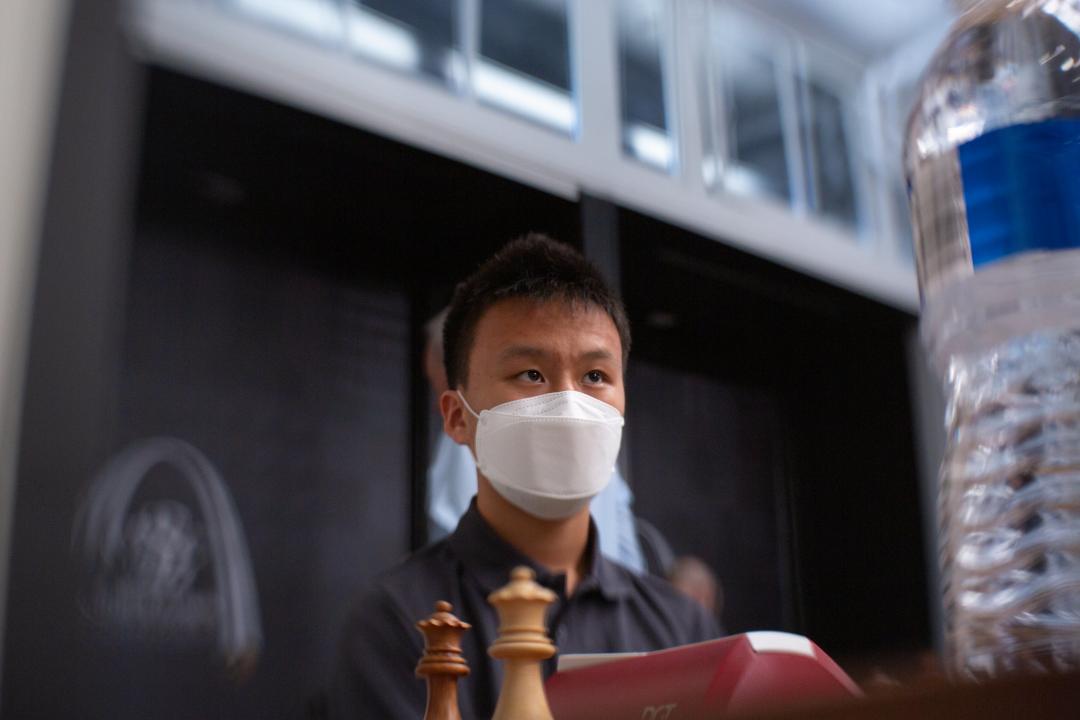 GM Christopher Yoo was able to extend his lead with a round six victory over IM Justin Wang.

GM Abhimanyu Mishra trailed Yoo by a point heading into Wednesday’s play, but he was unable to keep pace, splitting the point against IM Balaji Daggupati. 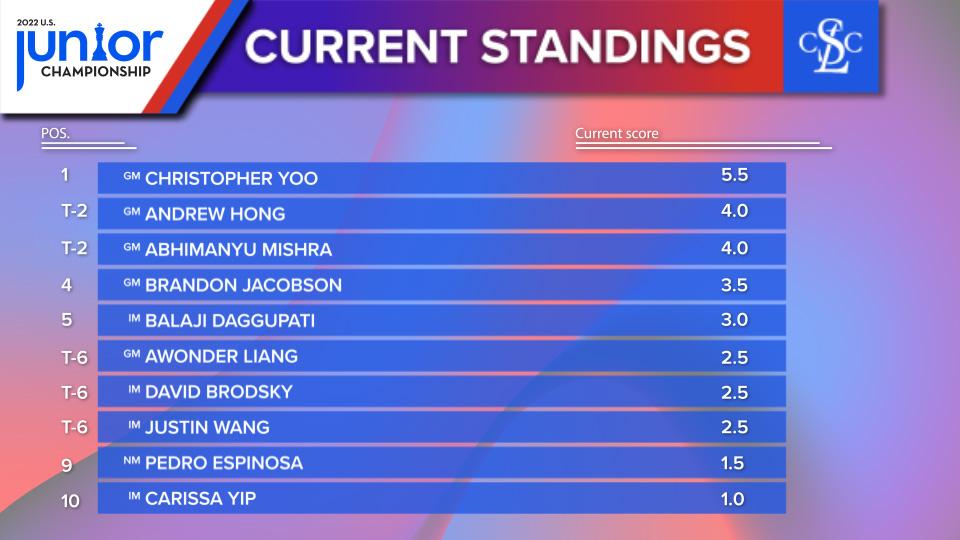 Yoo’s lead now stands at a point and a half with three rounds left.

In other games: the well-prepared GM Andrew Hong won convincingly over IM Carissa Yip. GM Brandon Jacobsen didn’t have difficulty in his win over Pedro Espinosa. And IM David Brodsky, who only needs to reach 2500 in order to receive his GM title, helped himself get closer to reaching that goal with a win over the top-seed GM Awonder Liang.

When play began on Wednesday, GM Larry Christiansen stood atop the field with a half-point lead over GM Vladimir Akopian, GM Maxim Dlugy and GM Dmitry Gurevich. That slim lead is no more after Christiansen drew his game against Akobian. 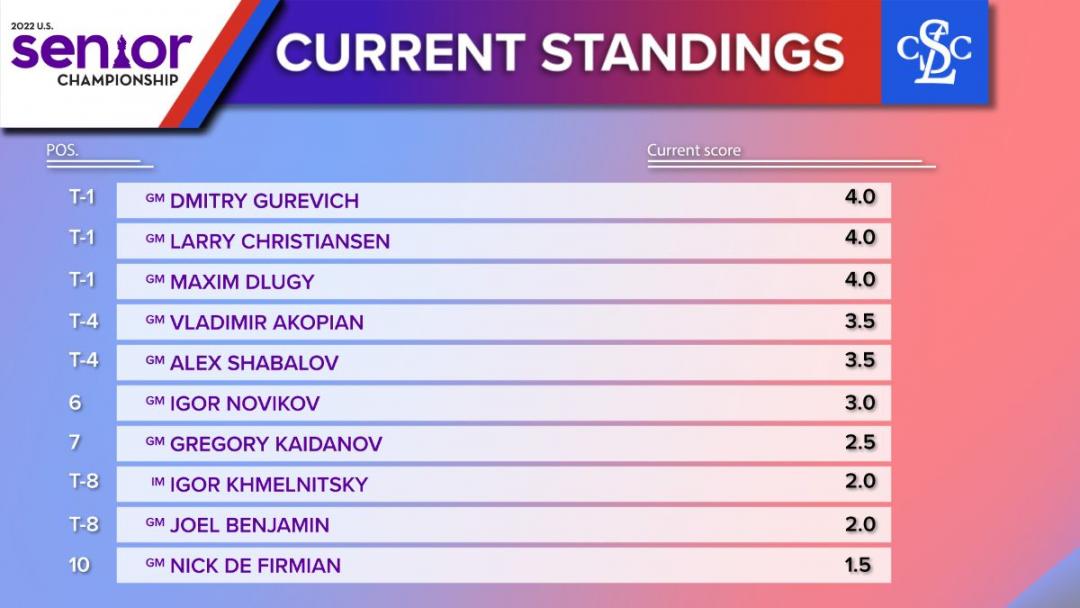 And GM Dmitry Gurevich made his move to the front with a win over GM Nick de Firmian.

We’re seeing a tight race in the Senior, with a three-way tie with Christiansen, Dlugy and Gurevich, and Akopian and Shabalov lurking just a half-point back. It is shaping up to be an exciting finish. 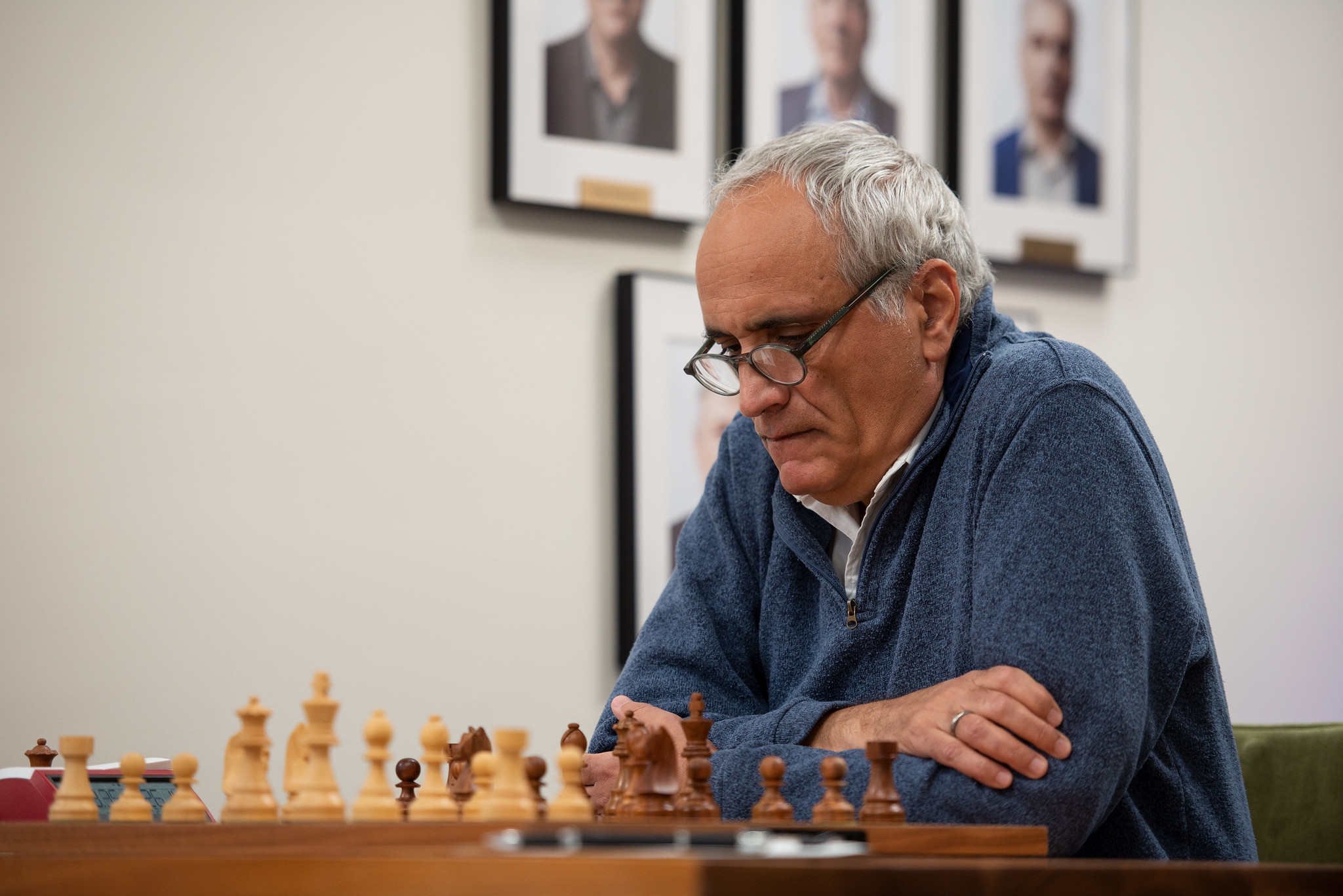 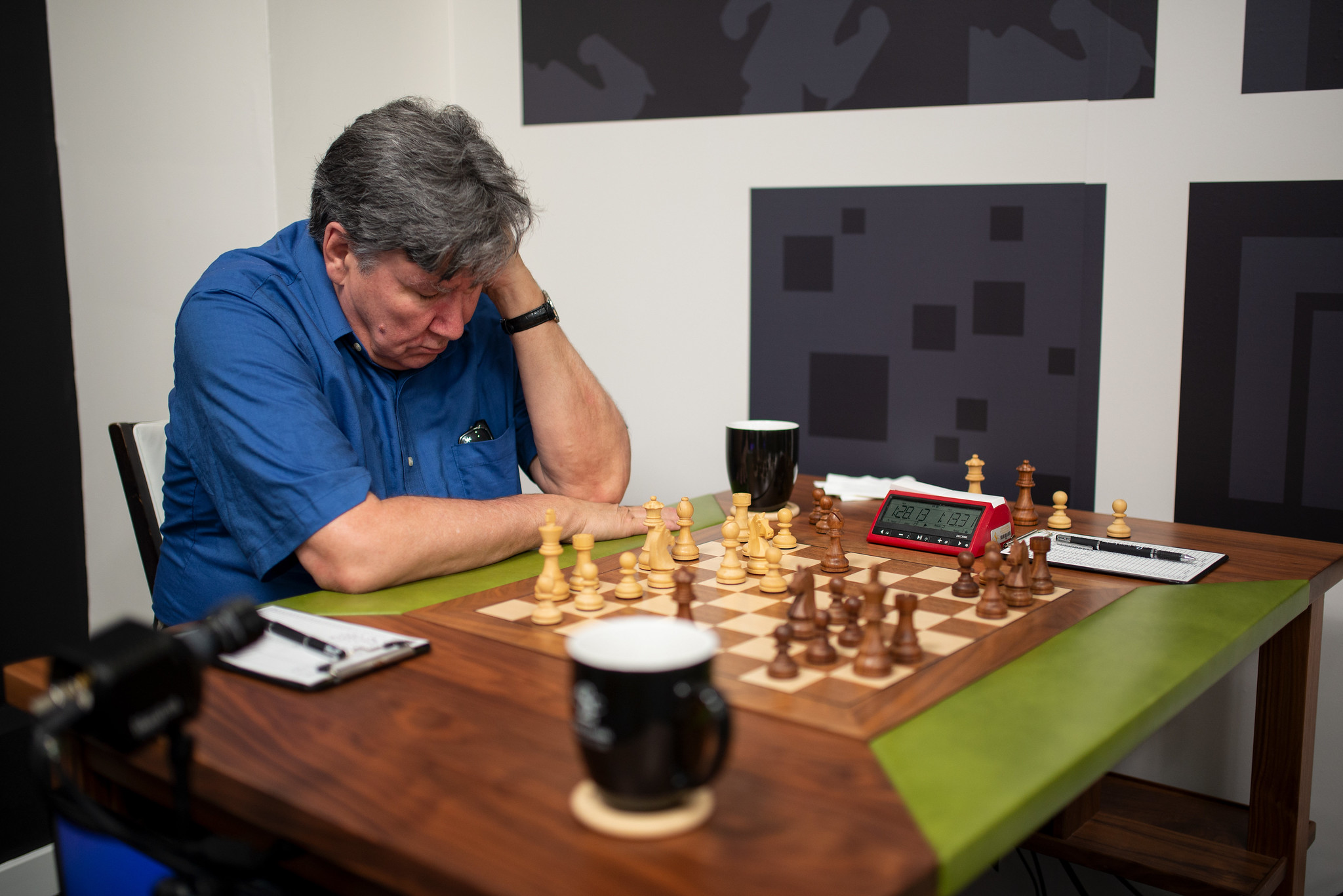 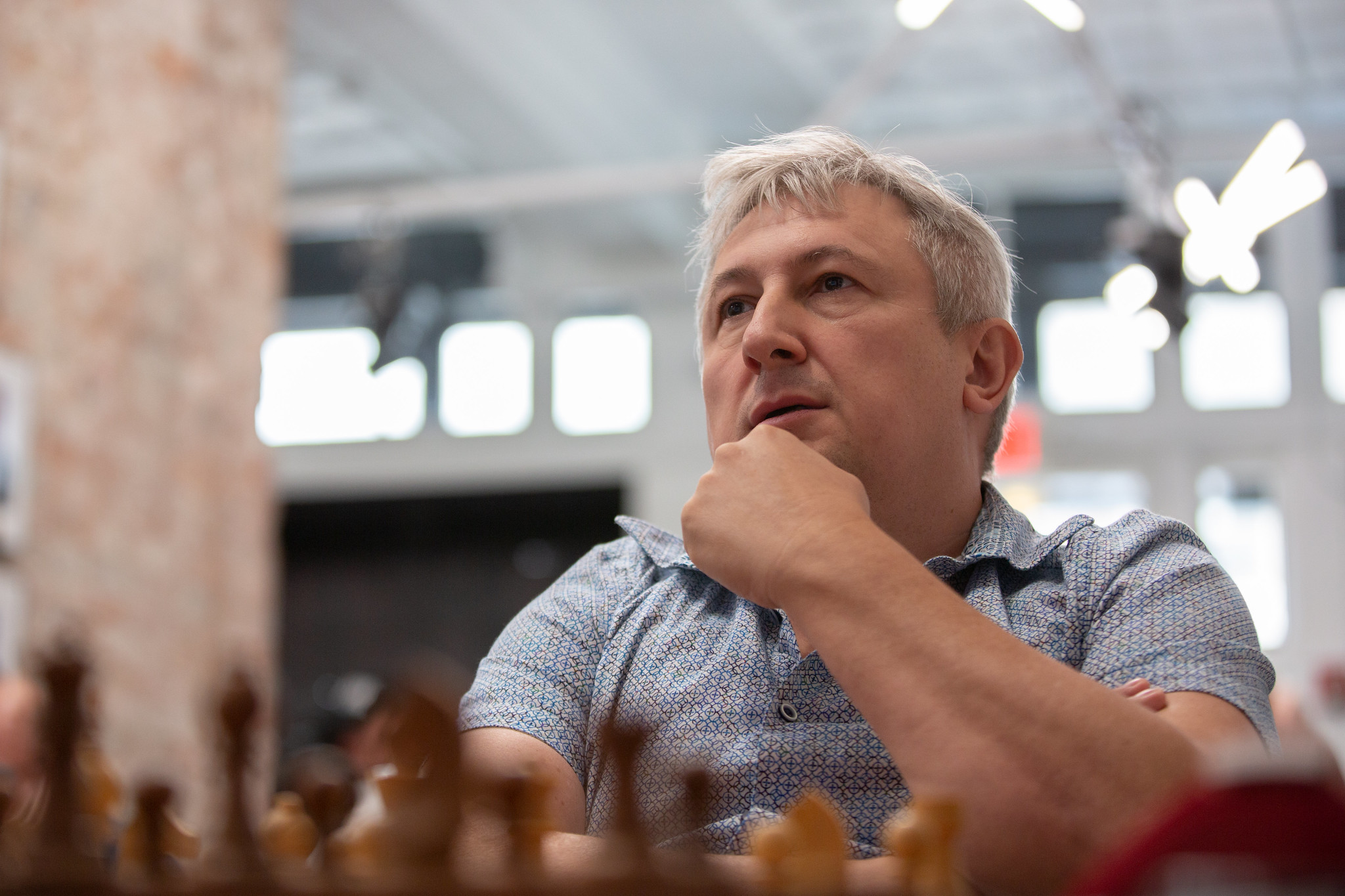 Speaking of Shabba, it looked like he was on the verge of going down early to GM Gregory Kaidanov, but hung in there long enough for the tables to turn in his favor. The other game — a “Battle Igor” between IM Igor Khmelnitsky and GM Igor Novikov — resulted in a draw just after the time control.

Great write-up. One doesn't usually expect a round summary to be such a fun and easy read. Well done, Harold!

And Morris-Suzuki! Wow, what a tournament! I'm going to study their games to help me get to where I can turn in such astounding results.