2022 U.S. Championships, Round 13: Congratulations to Caruana!

After thirteen rounds, and more than two weeks of drama, GM Fabiano Caruana is the 2022 U.S. Champion, his second U.S title. The Women’s title is still up for grabs, with a playoff between GM Irina Krush and WGM Jennifer Yu on tap for Thursday. 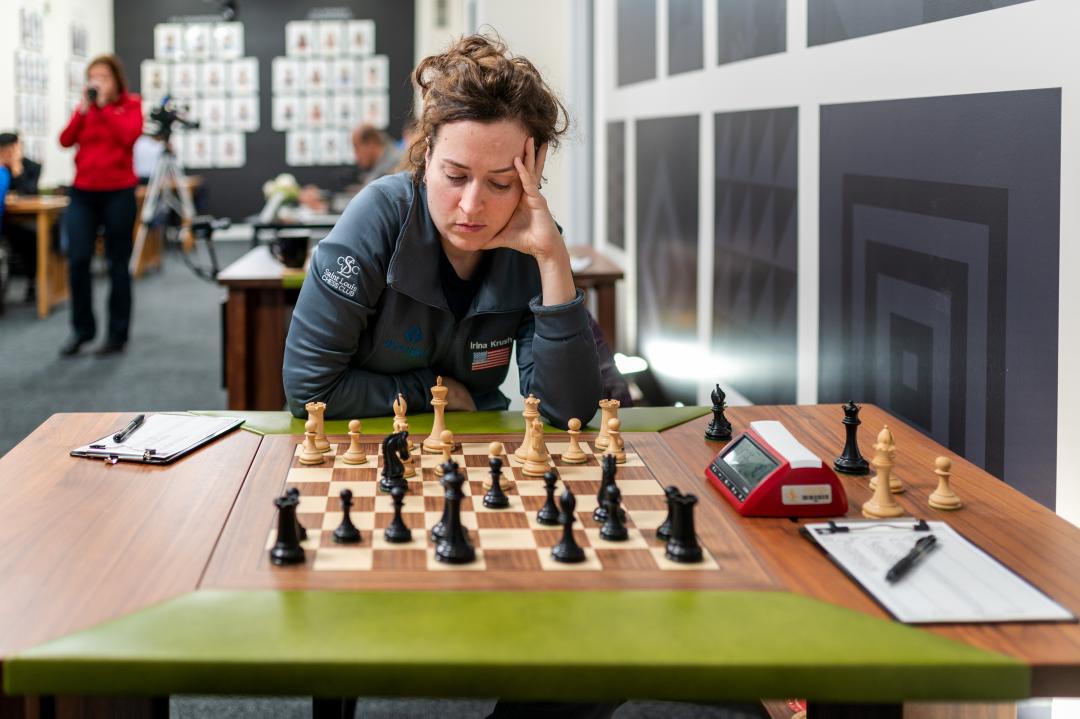 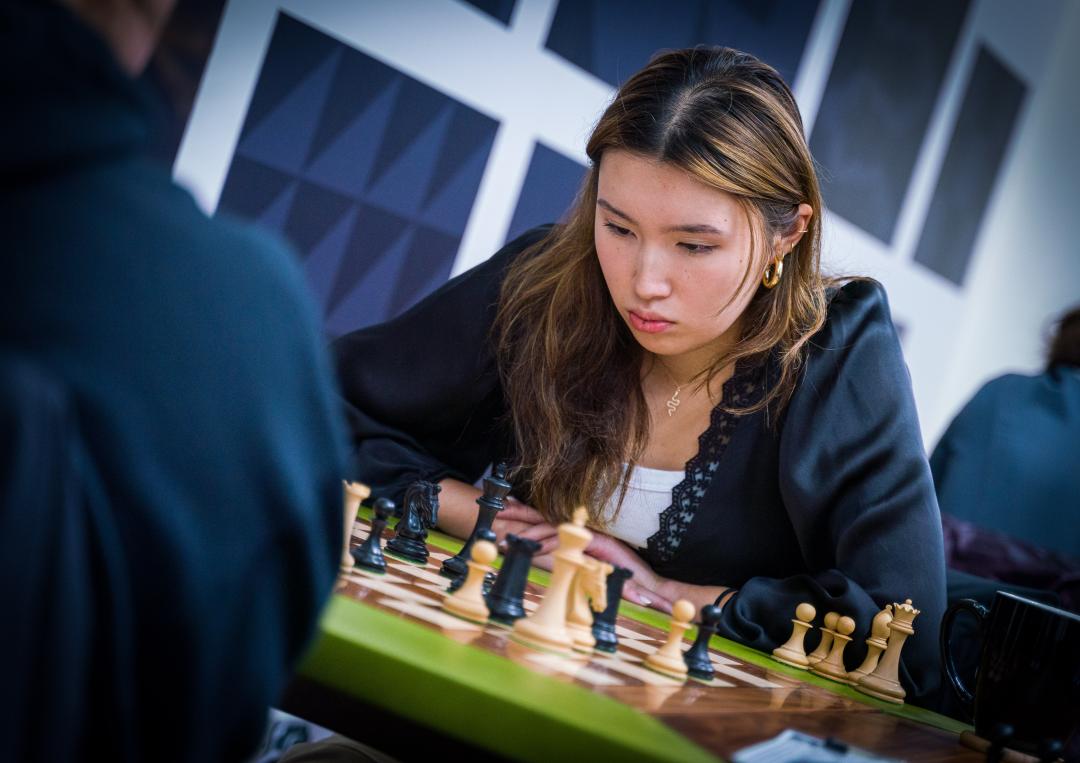 Krush put herself in the driver’s seat with an absolutely clutch win with the black pieces in the twelfth round, grabbing first place from Yu. In Wednesday’s final round, she had White against her eternal rival, IM Anna Zatonskih. A win would secure sole first place, a draw would at least tie for first.

Both starting the day a half-point behind Krush, Yu faced off with FM Thalia Cervantes Landeiro in what was sure to be a dramatic game, as both needed the full point to vie for first. Although they entered the game with the same score, their trajectories couldn’t be more different. Yu had looked on track for her second US Women’s Championship until a bizarre blunder derailed her against Krush. Cervantes Landeiro started slow, but rattled off five consecutive wins coming into the round.

If you believe in the idea of “momentum” that sports announcers are always going on about, you’d have to give the edge to Cervantes Landeiro. Then again, maybe the announcers don’t know that much.

This was an incredibly impressive win by Yu from both a psychological and a strategic perspective. Coming off a gut punch of a loss in the previous round, she stormed back and played one of the best games of the tournament.

Meanwhile, Krush applied enormous pressure with the white pieces, but just when she seemed on the verge of winning the game and the tournament, Zatonskih mounted a gritty defense to hold the draw.

The result is that Krush and Yu will go head-to-head in a tiebreaker for the championship beginning at 1 p.m. on Thursday. Live coverage begins at 1:20 p.m. on the Saint Louis Chess Club YouTube and Twitch channels.

Meanwhile, entering the final round with a half-point lead on his closest competitor, GM Ray Robson, Caruana opted to play it safe by trading all the pieces and making a quick draw in the Berlin against Levon Aronian. 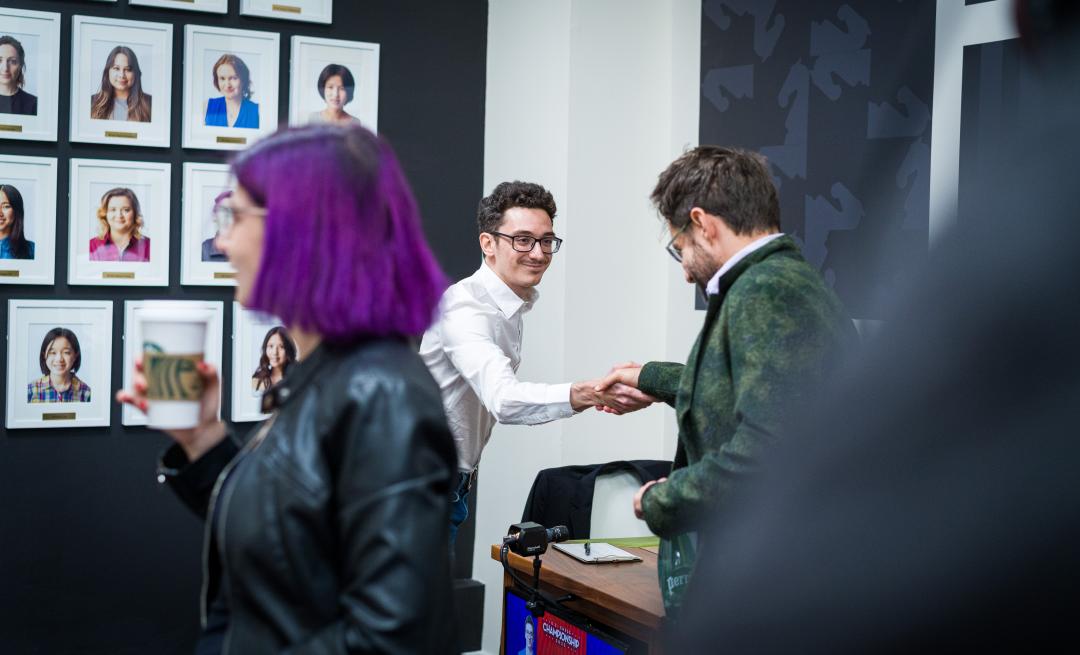 Some may be surprised at the speed with which this result was claimed, but it seems an open secret that Aronian’s wife was in labor on with their first child as the game was underway, making the draw entirely understandable. 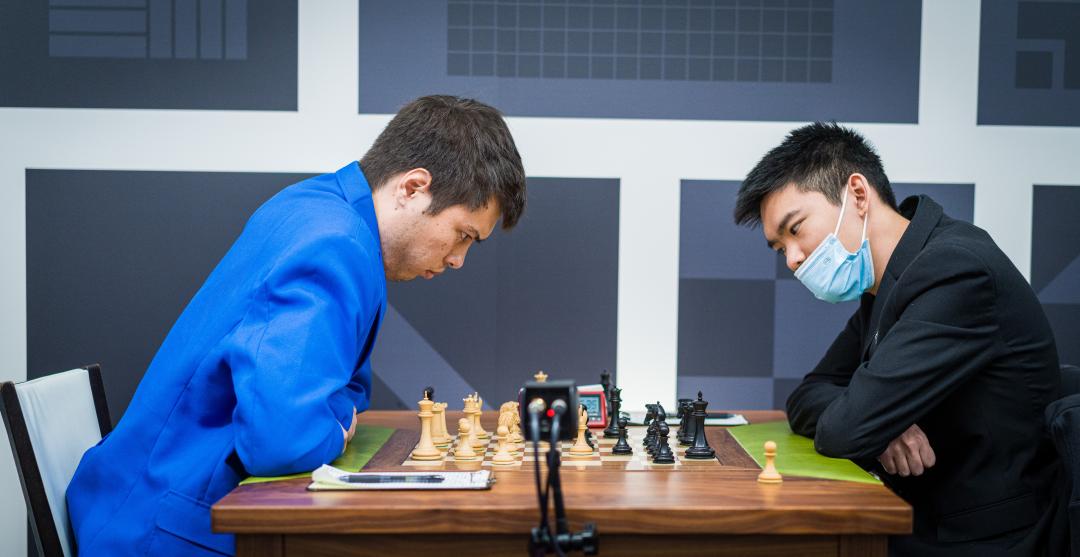 That result game Robson a clear task: he needed a win to catch up with Caruana and force a tiebreaker. That wouldn’t be easy against the ultra-solid GM Jeffery Xiong.

Despite coming up just short in the final round, Robson put together a splendid tournament to take clear second.

Who will join Caruana in the winner’s circle? Check back tomorrow for the final report from the 2022 U.S. Championships!

I still don't get why you…

I still don't get why you need a tiebreaker in this situation - the two women have already played and the result was decisive. Had it been a draw, I'd understand, but we already have a head to head winner. Just hope the playoff is high quality chess, don't care who wins.