We’re nearing the finish line at the 2022 U.S. Chess Championships. After 11 rounds, and plenty of drama, the tension is ratcheting up as everything remains to play for.

The 2022 U.S. Women’s Championship saw the stakes continue to rise for the players at the top of the standings, who stayed in close proximity to each other as they approach crucial head-to-head matchups in the final two rounds. 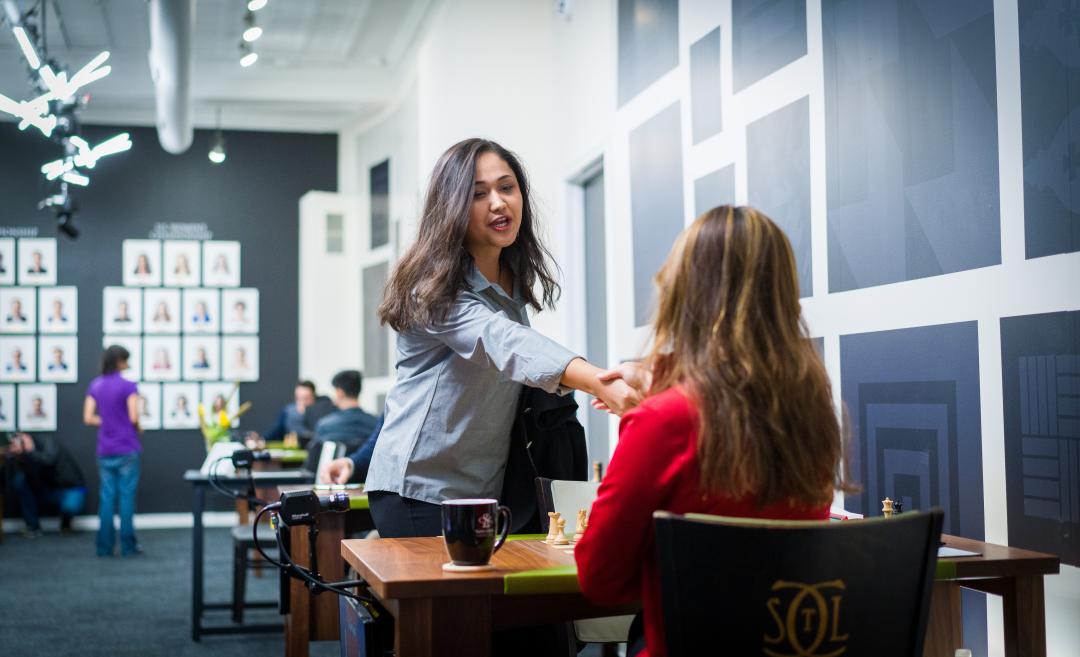 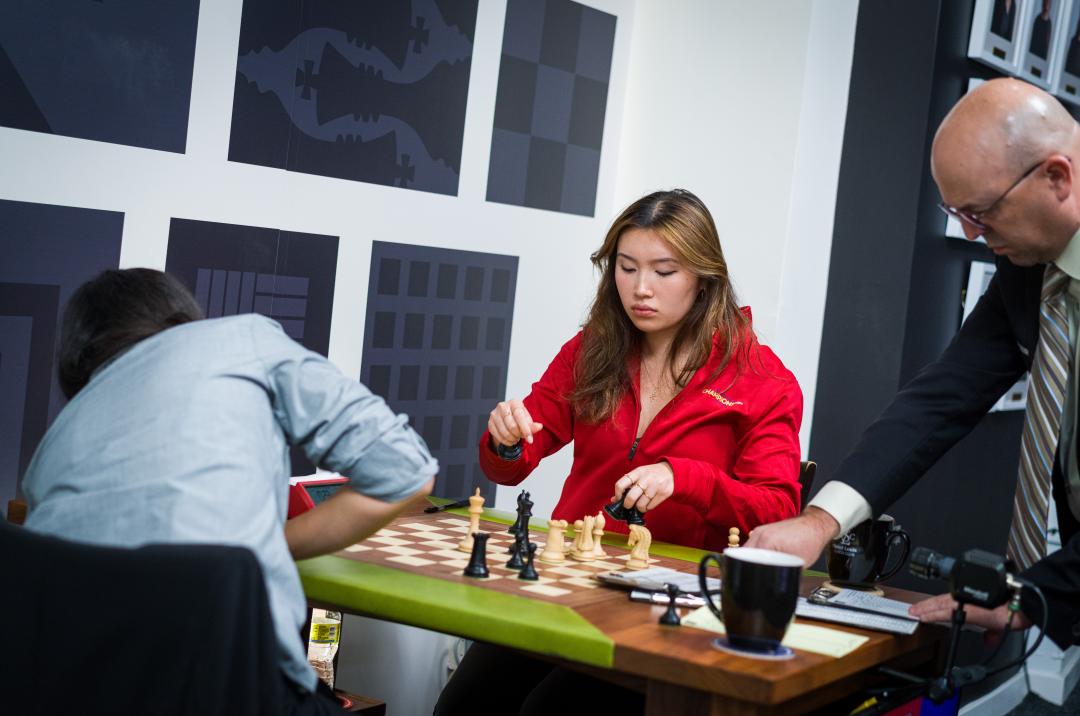 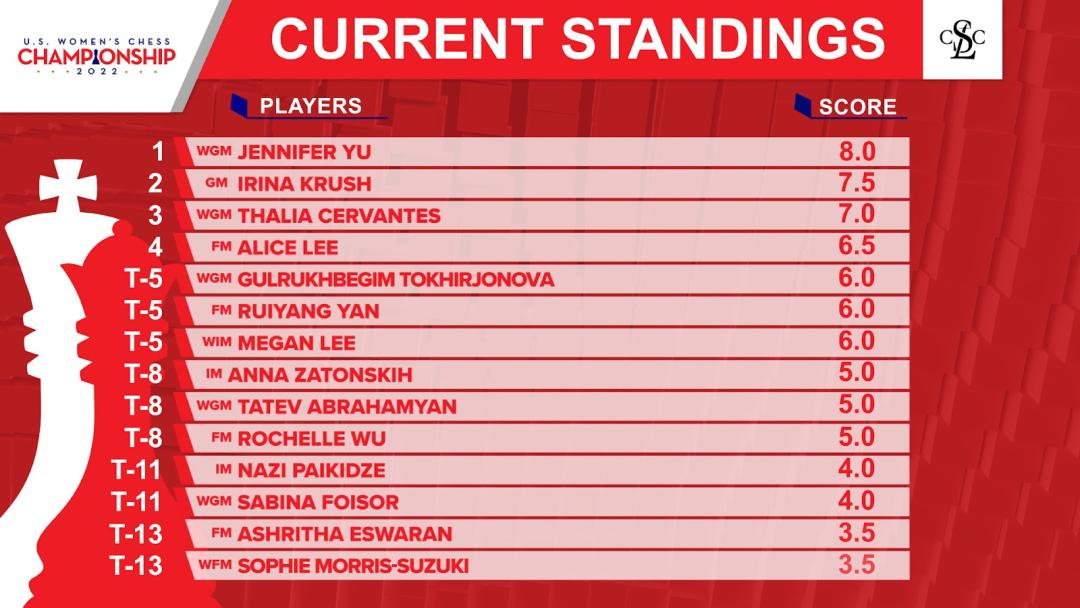 Going into Tuesday’s twelfth round, Yu (8/11) has White against Krush (7½) in what is likely to be the most important game of the entire tournament. 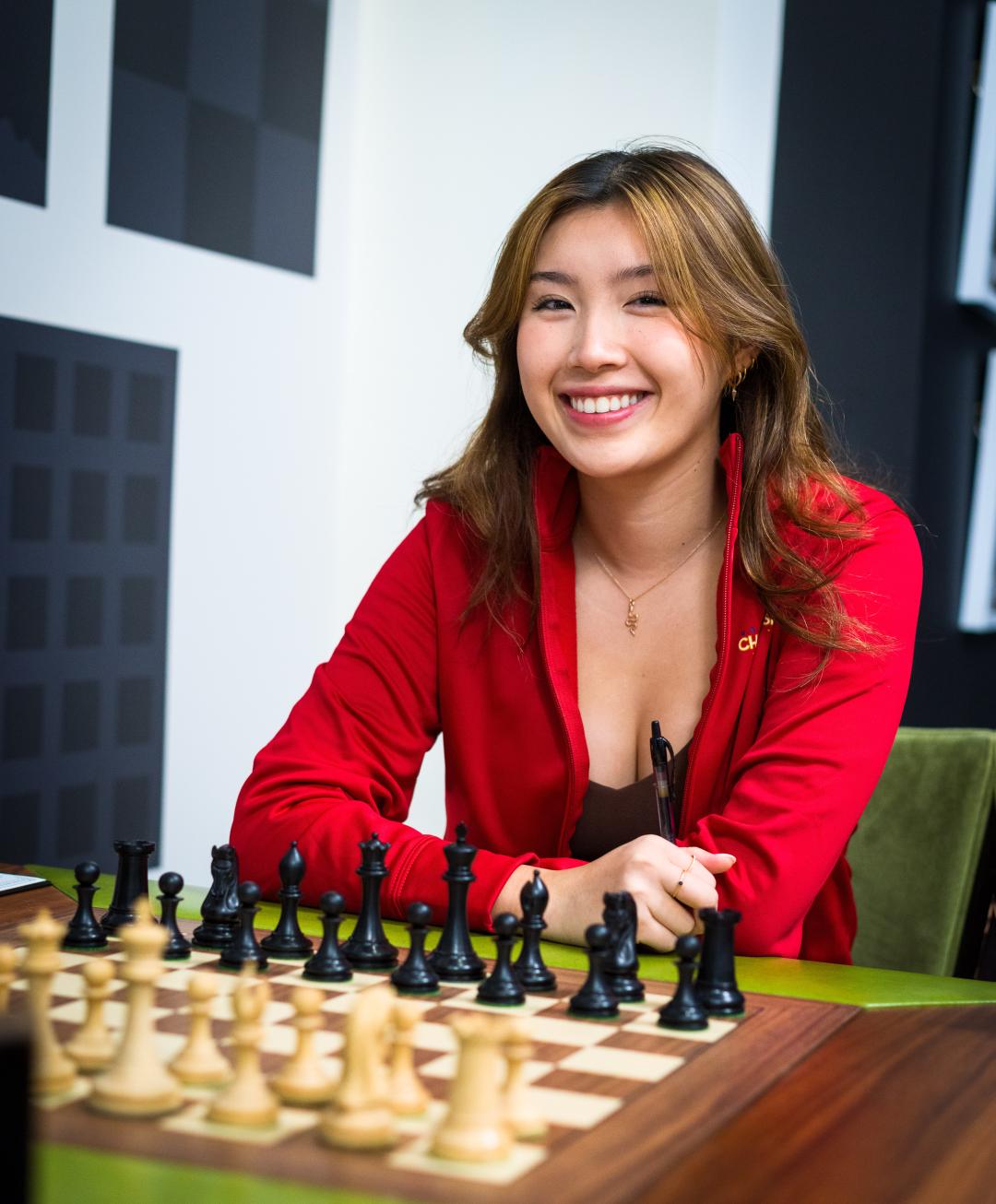 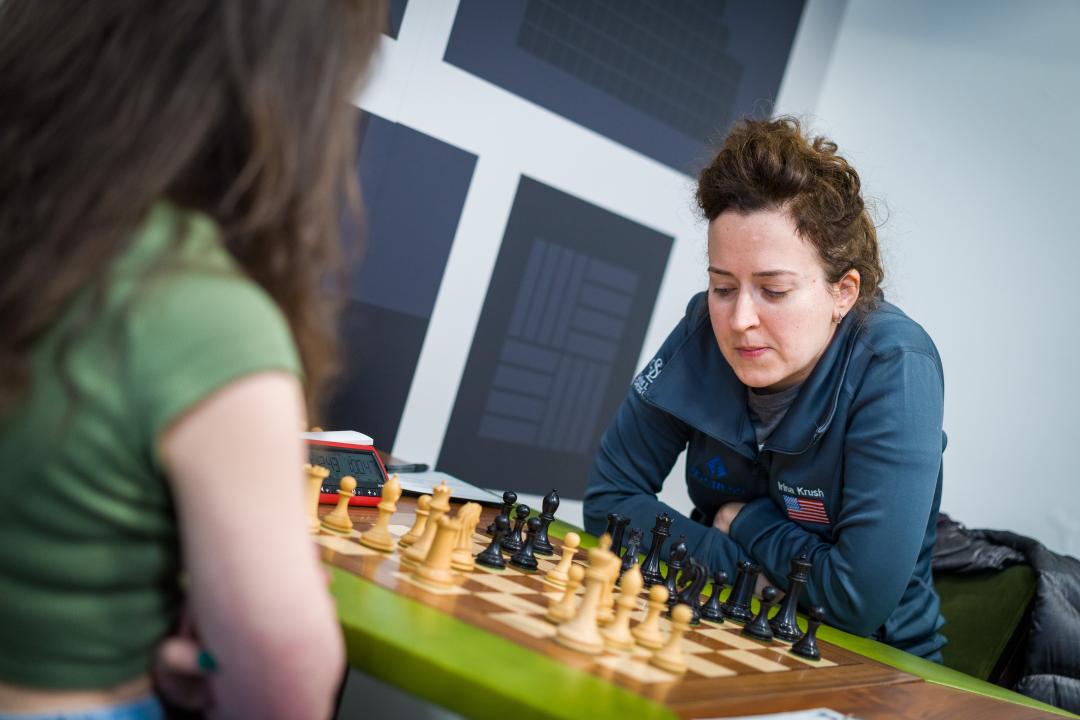 This will be the seventh tournament game between the two players; the record in their previous six games (all from U.S. Women’s Championships) is an ominous +2=2-2. It’s showdown time! 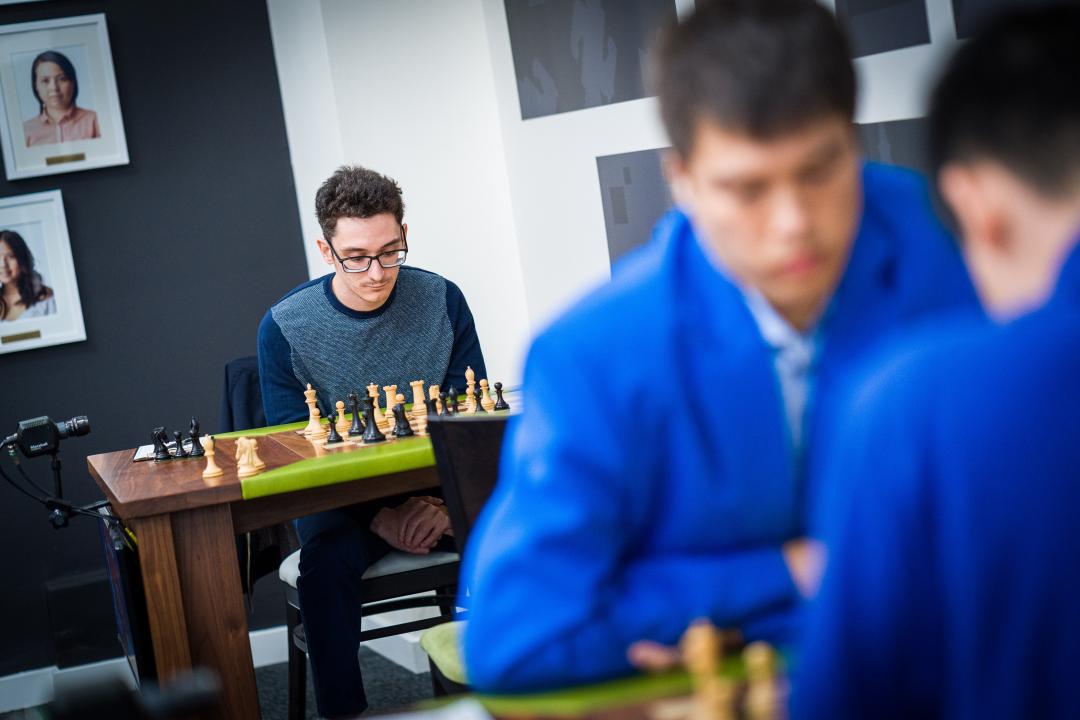 Two of the players trailing the pack at 5½ made up a bit of ground by winning their games. 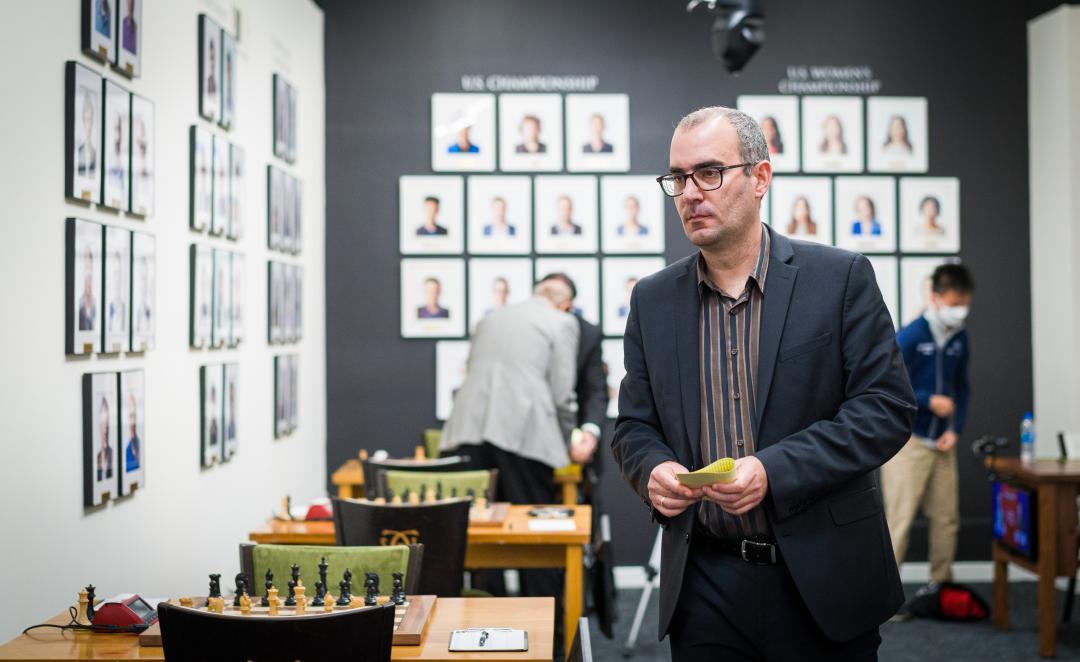 GM Leinier Dominguez Perez won a marathon endgame grind as White against GM Christopher Yoo, but only after a critical late-stage hiccup on move 121 (!): 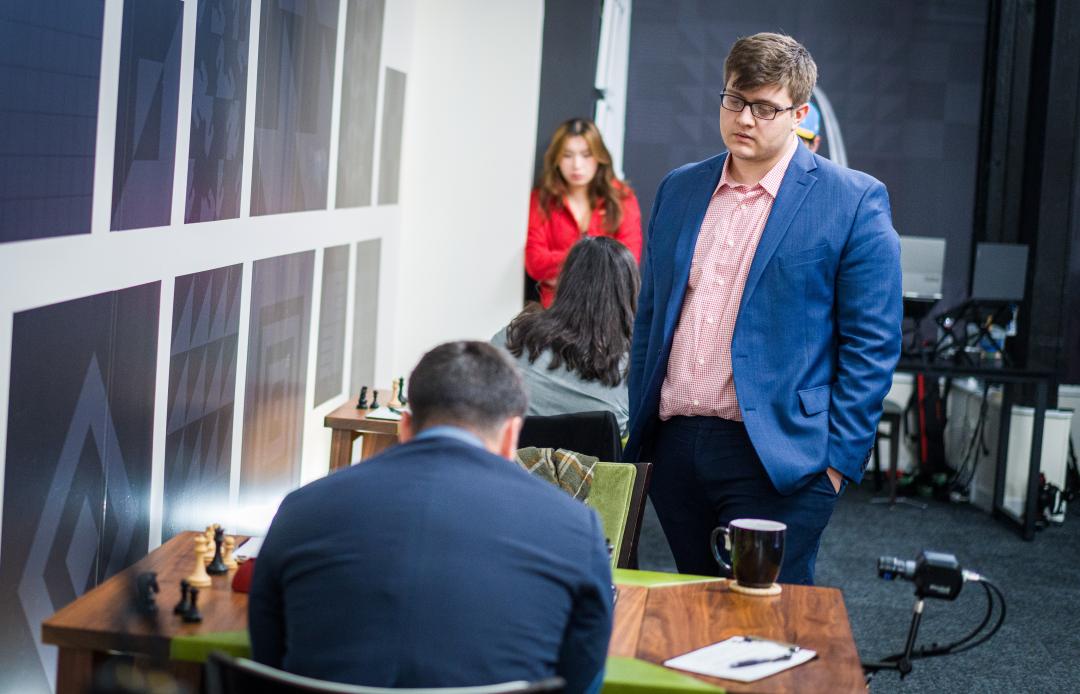 The win came in a heavy-piece middlegame after a rather unforced positional blunder from Swiercz: 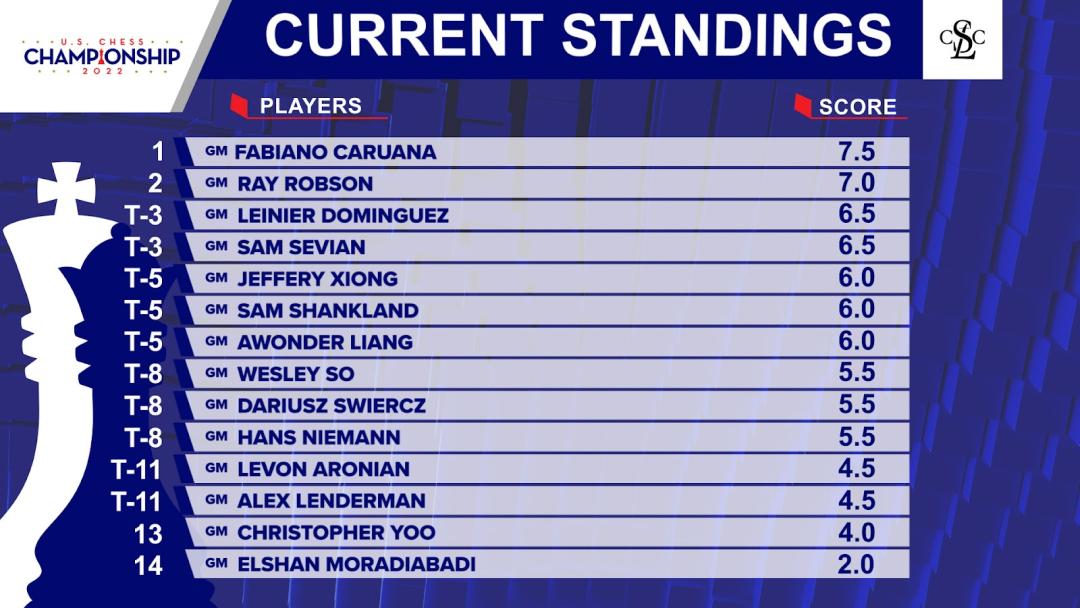 Going into round twelve, Caruana leads with 7½, and has Black against GM Sam Shankland (6), who made a quick draw on Monday against GM Levon Aronian. Caruana will then have White against Aronian in the final round.

Still chasing Caruana is Robson with 7 points. He will also have the Black pieces against Yoo (4).

It will all come down to the final two rounds! Don’t miss all the action here on CLO.