“It’s the most wonderful time of the year...”

But wait — aren’t Christmas and Hanukkah more than three months away?

The holidays are great, but American chess fans look forward to two wonderful weeks of their own each year, and now they’re upon us. It is time for the U.S. Championship and the U.S. Women’s Championship.

It’s always interesting to see what story lines develop during the course of these two important events. One thing we won’t see this year is IM Carissa Yip attempting to defend her title, as her studies at Stanford University prevent her from participating. Also noticeably missing his GM Hikaru Nakamura, who is carefully balancing his streaming and classical chess careers these days. (Shame — a Nakamura – Niemann game would have been riveting for chess fans!)

The first result of the Open Championship came early with a quick (17 move) draw between GMs Aleksandr Lenderman and Levon Aronian. Former U.S. Champion GM Fabiano Caruana was teetering on the brink of defeat against GM Leinier Dominguez Perez, but after some inaccuracies on Dominguez Perez’s part, the game fizzled out into a bishop-of opposite-colors endgame which was a dead draw. 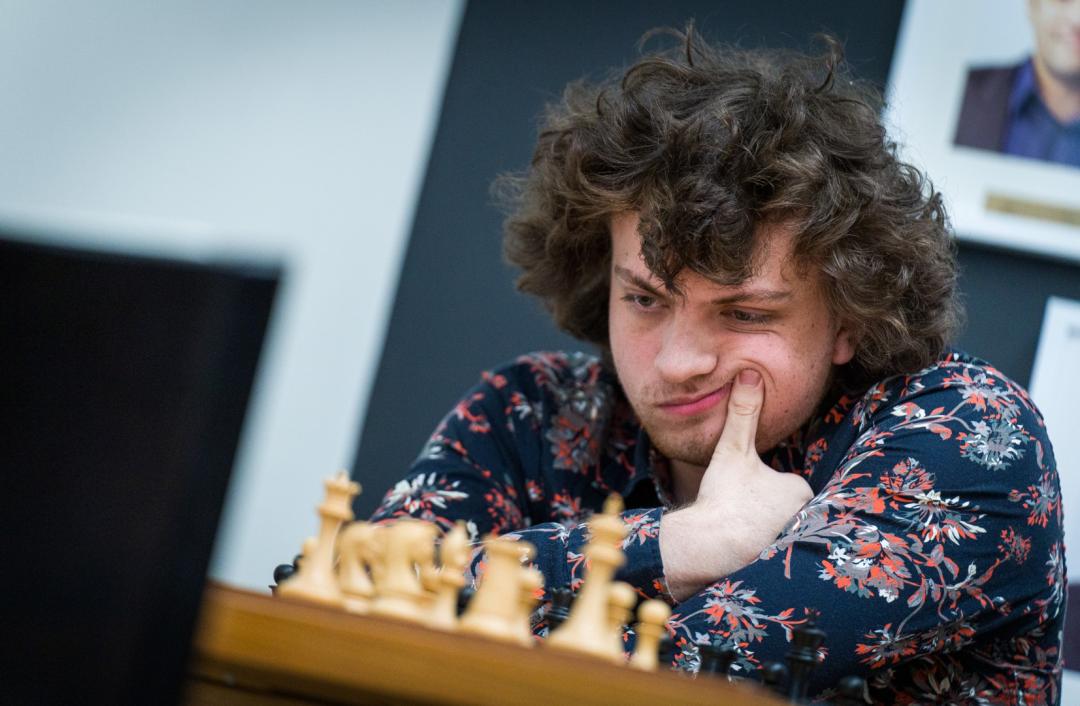 GM Hans Niemann’s name has been in the media an awful lot as of late. Today he took the black pieces against 2022 U.S. Junior Champion GM Christopher Yoo, who has given him some trouble in the past. But not today! After a convincing victory, Niemann gave a very brief interview to Yaz and the gang where he declined to analyze the game with the commentators. His reasoning? “It’s such a beautiful game, I don’t even need to describe it!”

A number of people commented on social media that he was showing contempt for the tournament and its most professional staff of commentators. Check out the video for yourself!

And here is the game, which is admittedly very interesting!

In other results: GM Awonder Liang held the current U.S. Champion, GM Wesley So, to a draw. The game began as a Scotch Four Knights, which very quickly wound up in an endgame after a series of exchanges. The game between GMs Jeffery Xiong and Darius Swiercz also ended in a draw when the position locked up without prospect of progress for either side. The most interest feature of the game was a Double Alekhine’s Gun where both players had their rooks positioned in front of their queen along the a-file.

GMs Sam Shankland and Ray Robson also shared the point, as neither player was able to gain a substantial edge. Hostilities ceased on move 37 after repeating moves.

The game between GMs Sam Sevian and Elshan Moradiabadi would not go quietly into the night. Sevian was able to convert a rook and opposite-colored bishop ending after Moradiabadi walked into a late mating net.

Last things first: the final game to finish featured former champ WGM Jennifer Yu battling another former champion, IM Anna Zatonskih. For a while, it looked like Yu might not be able to convert her extra pawn in a rook ending. But after much maneuvering, she managed to find a way to win the game. 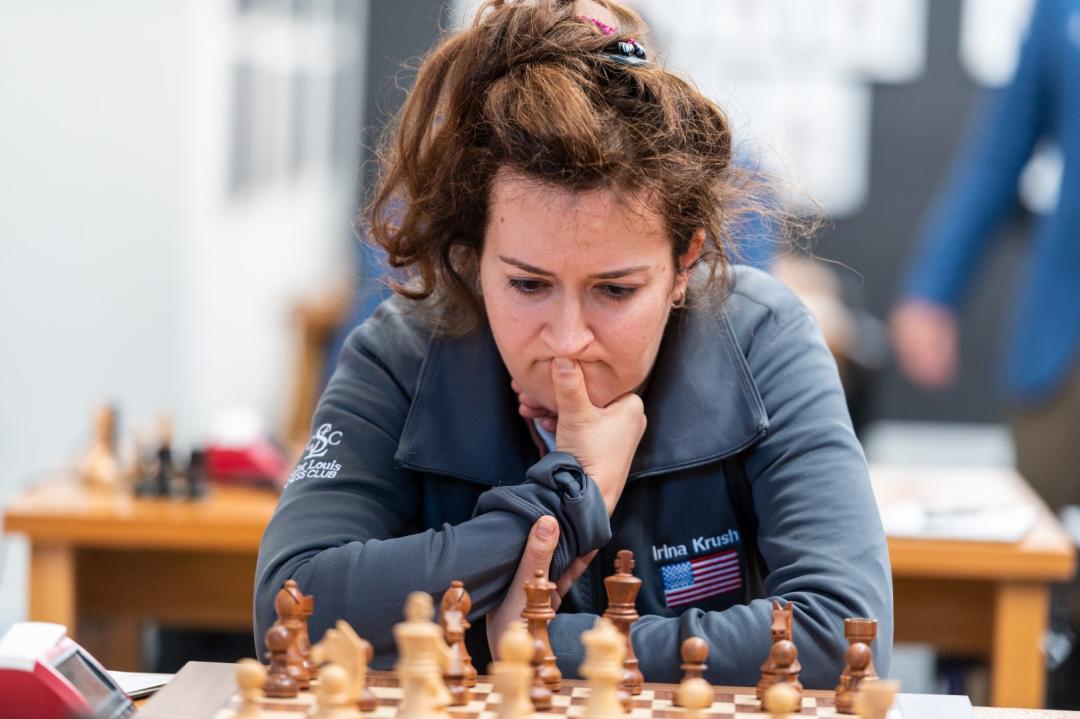 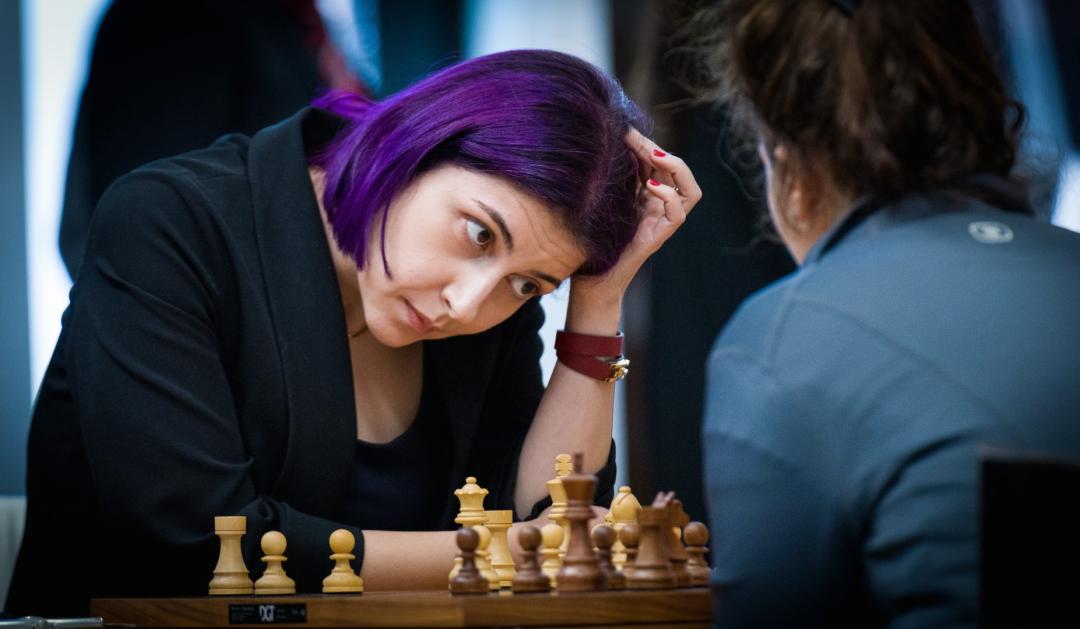 WGM Tatev Abrahamyan and GM Irina Krush have faced off (by my count, and excluding playoff games) 17 times in U.S. Championships. Here, in their 18th battle, it looked like Irina was certainly on the precipice of winning, but after some inaccuracies Abrahamyan appeared to gain winning chances in a complex endgame. Ultimately the advanced b-pawn was not enough, and a draw was the result.

In another struggle of former champions, WGM Sabina Foisor and IM Nazi Paikidze ended up repeating positions right around the 40-move time control, but not until Paikidze had missed a major winning continuation and a few promising ones.

In the game between WIM Megan Lee and FM Rochelle Wu, Lee prevailed in a materially imbalanced ending that looked unlikely to lead to any breakthroughs, but the game ended after Lee managed to trap one of Wu’s bishops. 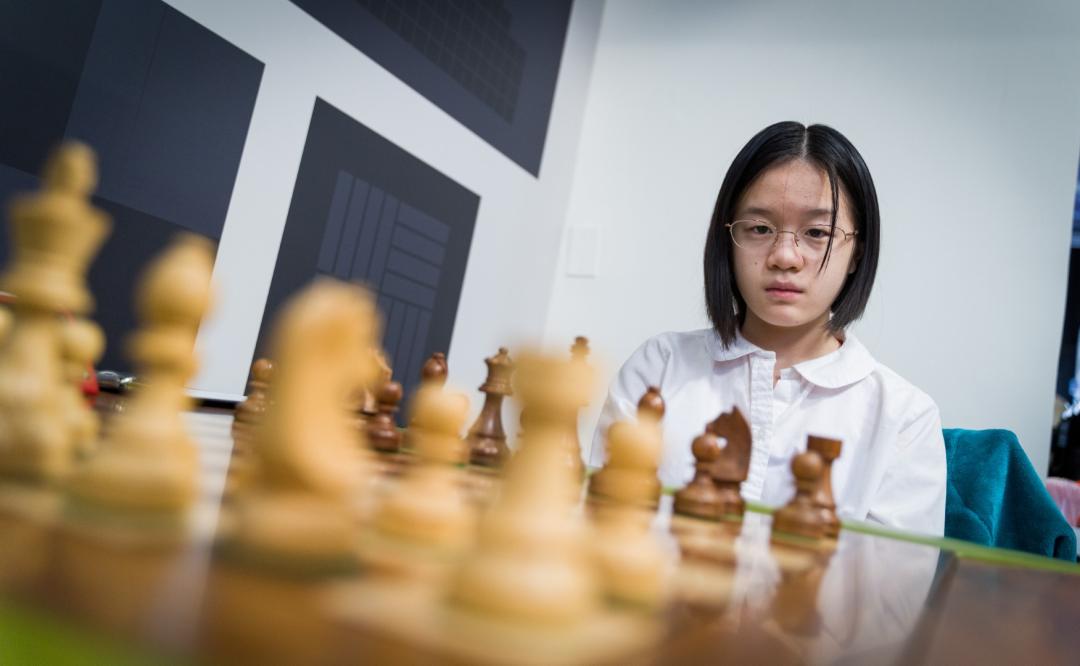 The youngest competitor in the event, 12-year-old FM Alice Lee, started her tournament well with an exciting victory over FM Ashritha Eswaran. Lee coolly defended an early attack against her king before launch a successful counterattack and king hunt of her own.

WFM Sophie Morris-Suzuki went on quite a run earlier in the year in the U.S. Girls’ Junior Championship when Morris-Suzuki was unbeaten in the first six rounds of the tournament. I was curious to see if some of that magic would re-emerge at the start of this event.

Morris-Suzuki’s first round opponent was  a tough customer: Olympiad first board and WGM Gulrukhbegim “Begim” Tokhirjonova. As the players raced toward time control, “Begim” trapped Morris-Suzuki’s bishop after an errant move, and the game concluded with a textbook mate that was allowed in a sign of good sportsmanship.

Finally, FM Ruiyang Yan played the rare Janowski Defense against FM Thalia Cervantes Landeiro. For most of the game it was a fairly level contest; while Cervantes Landeiro did miss some chances, the draw was never really in doubt once the position was liquidated into a rook and pawn ending. 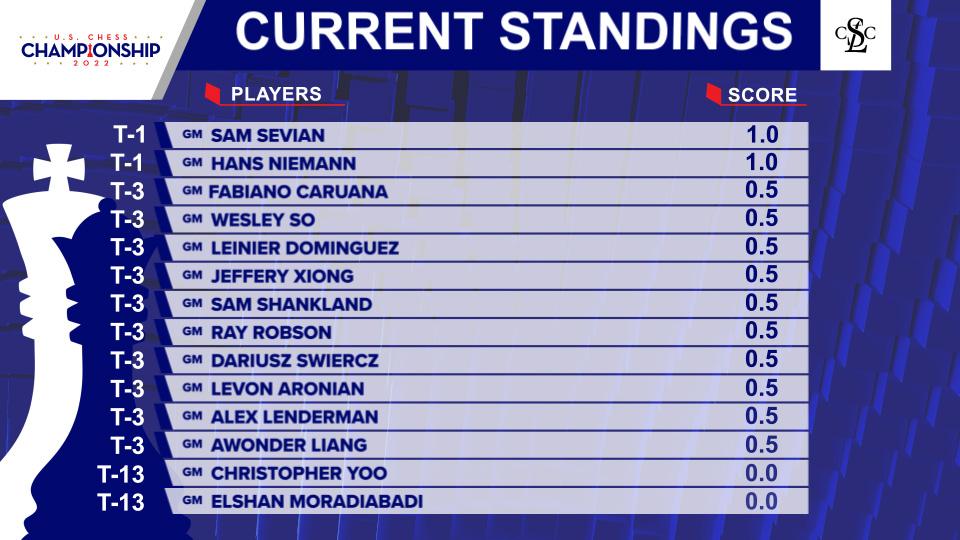 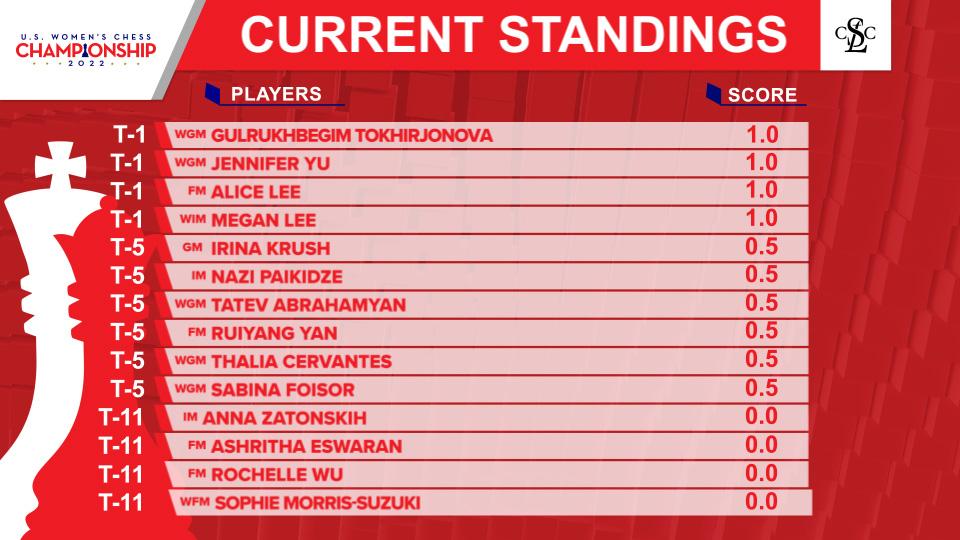 PAIRINGS FOR ROUND TWO