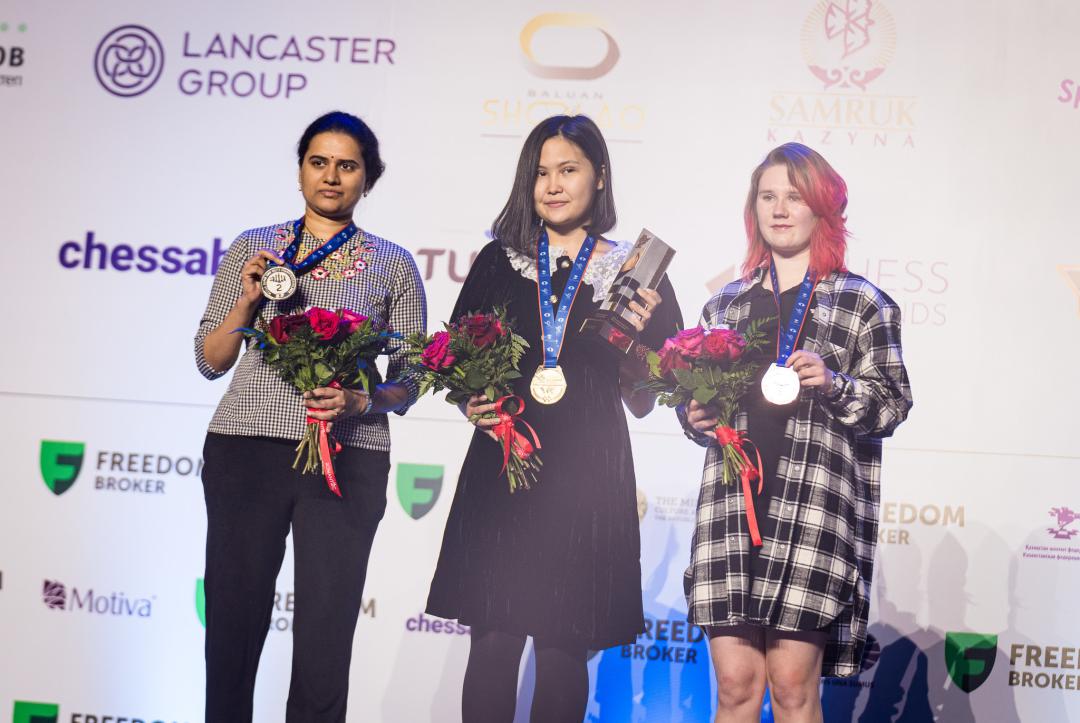 In an upset victory for the home team, Kazakh IM Bibisara Assaubayeva won the 2022 Women’s World Blitz Championship. Her result was a surprise, as she finished ahead of 16 grandmasters, four of whom she defeated in her five-game winning streak to end the tournament. 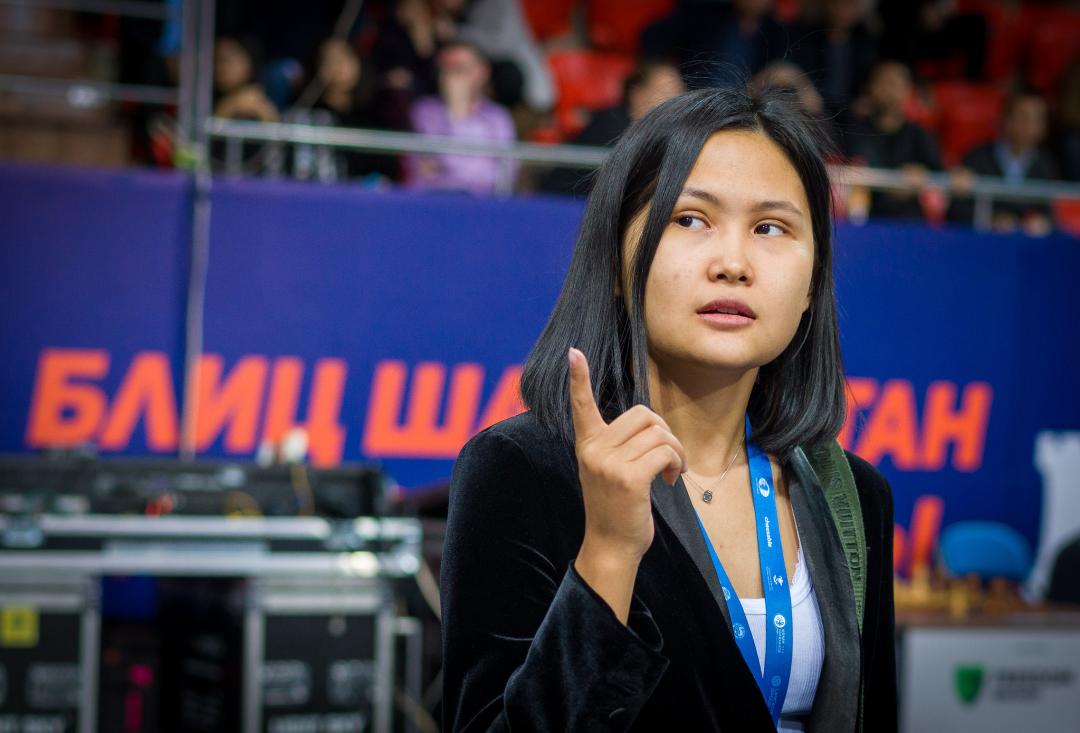 Her dominant win in round 13 over a Georgian legend was particularly impressive. It would be hard to find any improvements for her in a classical game, let alone blitz:

Former World Champion GM Alexandra Kosteniuk put up far more resistance in the fifteenth round, but in the end Assaubayeva was able to find a nice “blitz trick” that caught her opponent off guard. 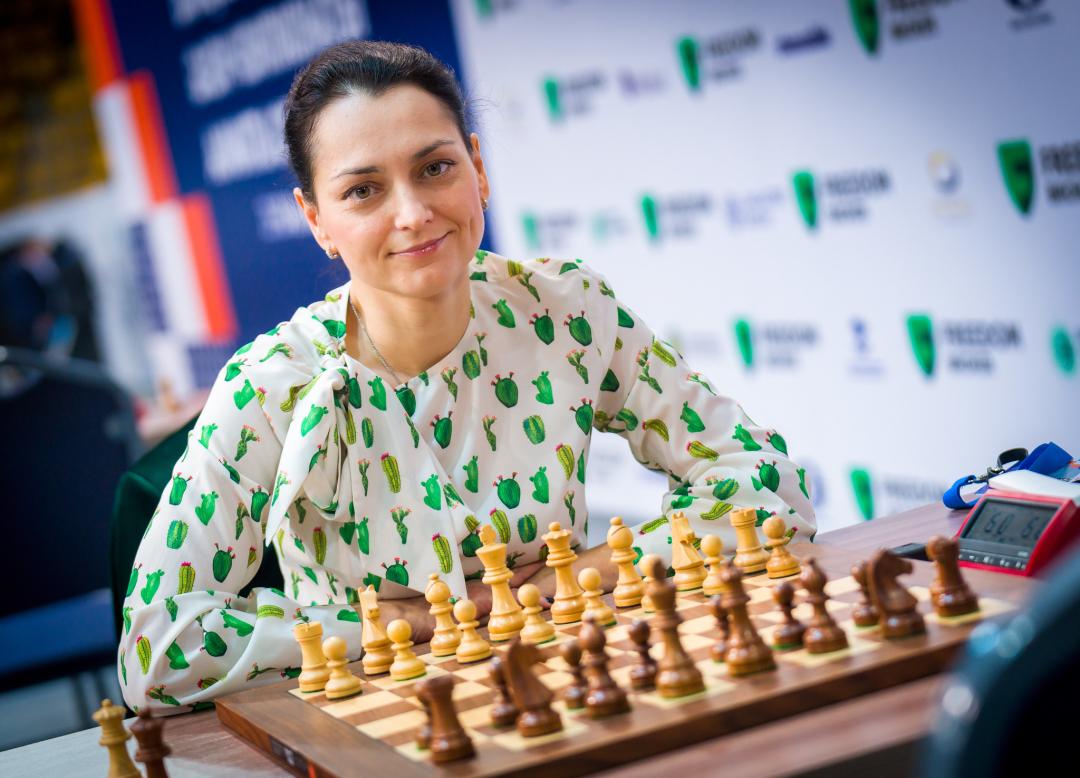 As is the case with blitz chess at any skill level, most of Assaubayeva’s games were far more back-and-forth than these two highlights. One particular gem was the nail-biter against Russian GM Valentina Gunina, where all Gunina had to do was make one more check, and then… 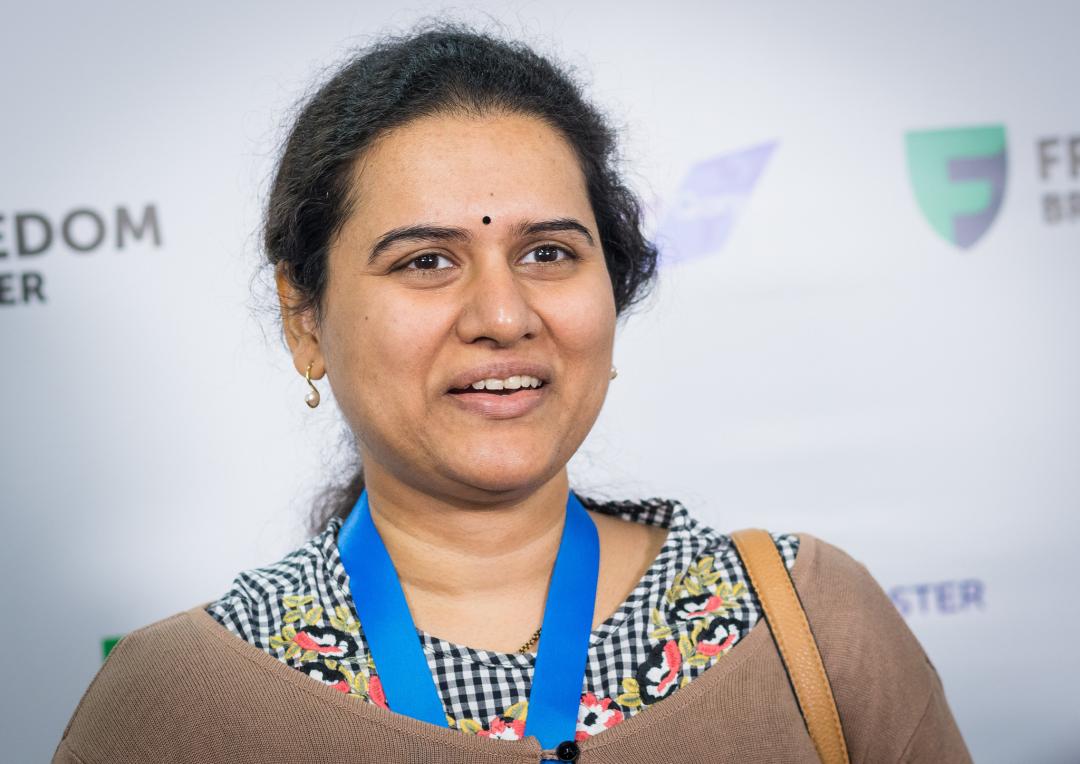 Indian GM Humpy Koneru claimed sole second place with 12½/13. One of her most interesting victories was against her countrywoman, noted Commentator of the Year IM Tania Sachdev. 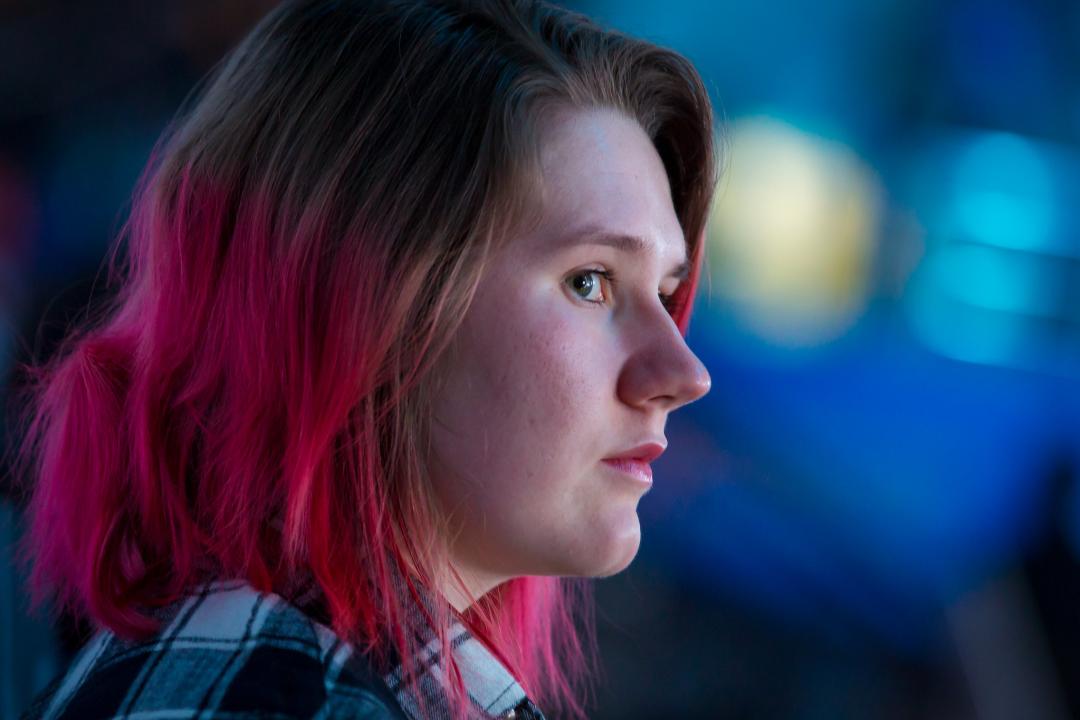 Russian IM Polina Shuvalova edged out the World Rapid champion, Chinese GM Tan Zhongyi, for third on tiebreaks with a score of 12/17. Shuvalova was also the last player to defeat Assaubayeva in this event, winning their round 12 encounter in a way that presumably lit a fire for Assaubayeva.

GM Magnus Carlsen earned the “triple crown” for the third time in his career. His 16/21 result allowed him to reclaim his World Blitz title, finishing a full point ahead of his closest competitors in the process. 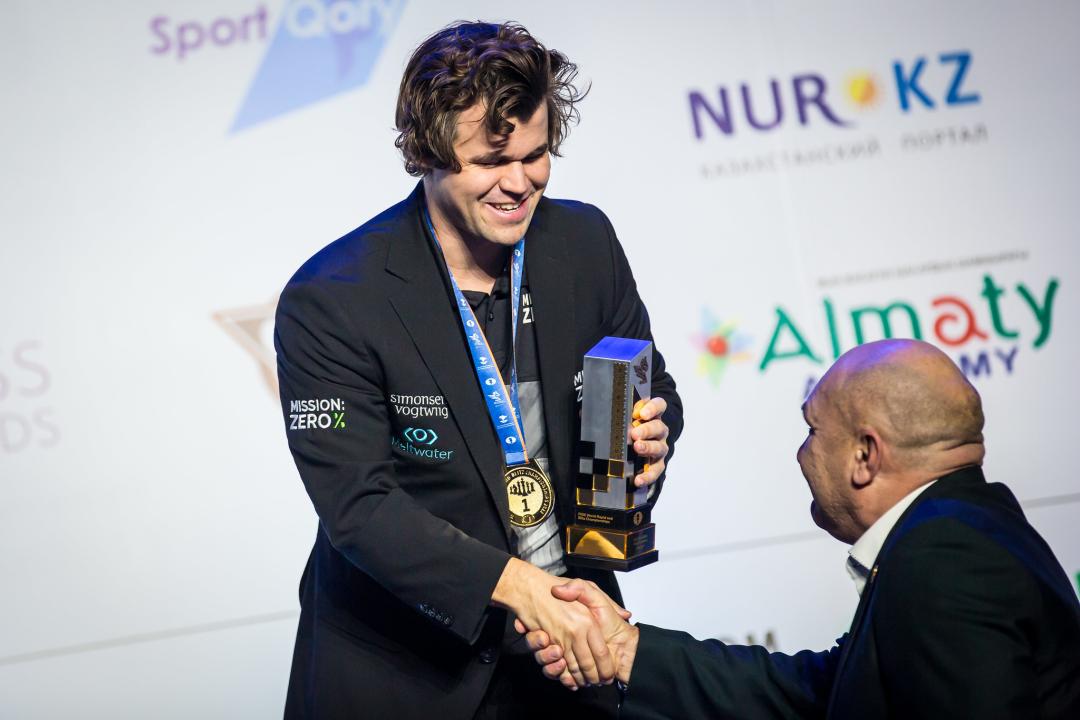 On the first day, a string of five draws dampened Carlsen’s furious 6½/7 start, but all that changed in the first round of day two in a memorable match against GM Richard Rapport. 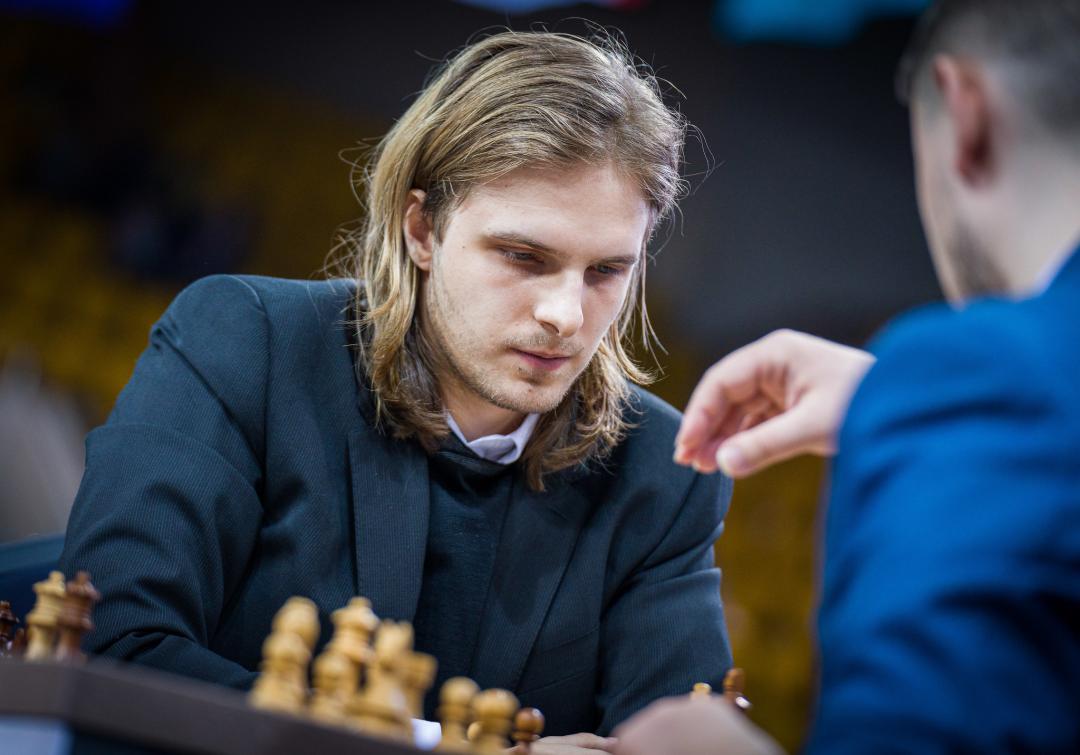 In what could easily be the most entertaining game of the tournament, both players showed what they do best. Carlsen correctly intuited that the closed nature of Rapport's chosen French could accommodate a sacrifice, but he then underestimated the precision with which he would need to follow it up. Each side had multiple, often incredibly subtle, chances to win the game. But in the end, Carlsen emerged from a dead lost position with a second queen and a crucial full point.

Another defining moment came in the seventeenth round against GM Fabiano Caruana. The American seemed on track to hold a draw on the white side of a Spanish where Carlsen never had anything concrete. But as readers of this report will know, “blitz tricks” win championships, and Carlsen developed something truly subtle here. 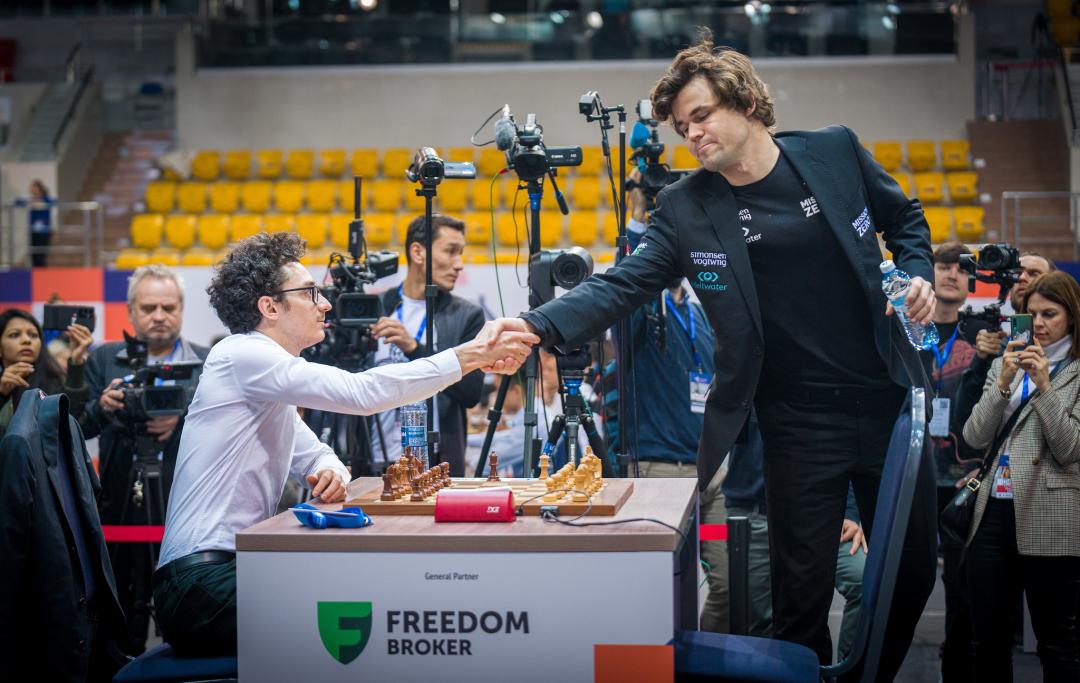 After a drawish performance in the World Rapid championship, GM Hikaru Nakamura raced to a 15/21 finish good enough for second on tiebreaks. 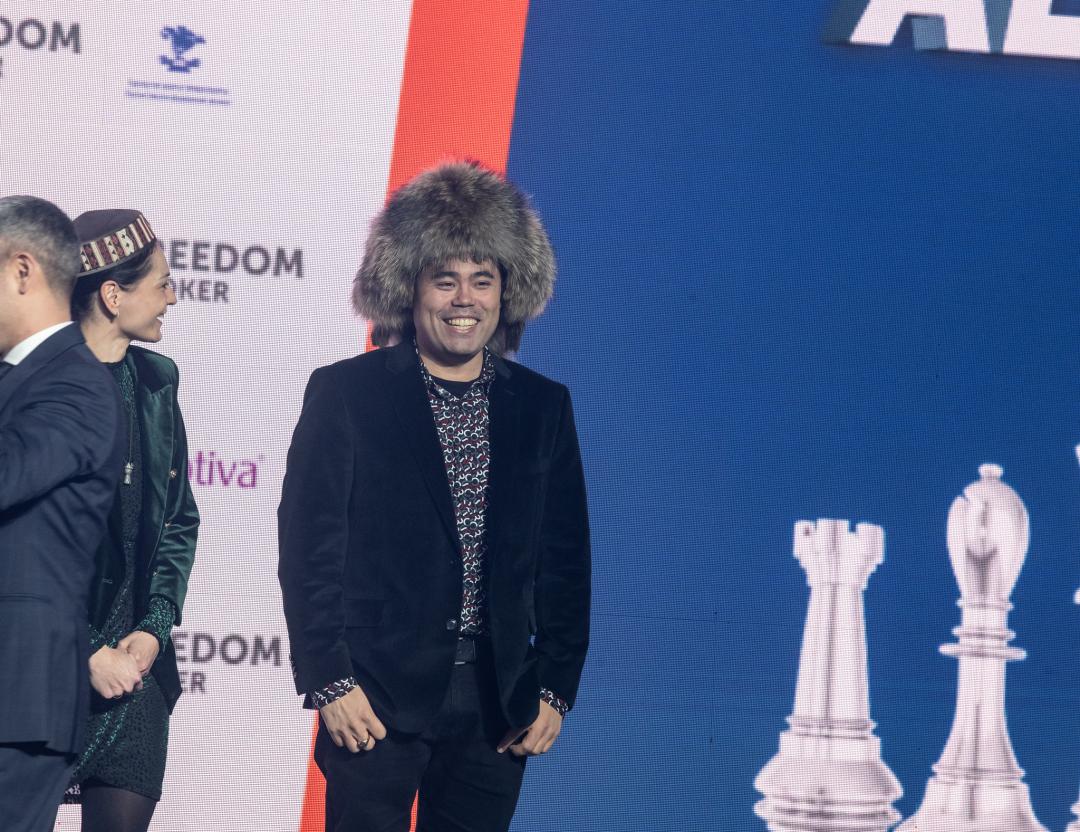 A prime example of his form was his game against Chinese GM Yu Yangyi, where Nakamura was able to press on a weakness quickly and calmly until finding something spectacular.

In a clash of the top American players, Nakamura had to beat Caruana multiple times in a rare line of the English. The game showcased both Nakamura’s intuitive understanding of fluid positions and Caruana’s resiliency.

Another American with a notable performance was GM Christopher Yoo. The junior finished with a plus-score on 12/21, scalping multiple “super-GMs” in the process. His dominant win against GM Boris Gelfand was a highlight:

In another battle of the Americans, Yoo also outdueled GM Sam Shankland in a “knightmarish” endgame.

While GM Hans Niemann had a respectable result as well, also finishing with 12/21, his tournament will once again be haunted by a “what if.” 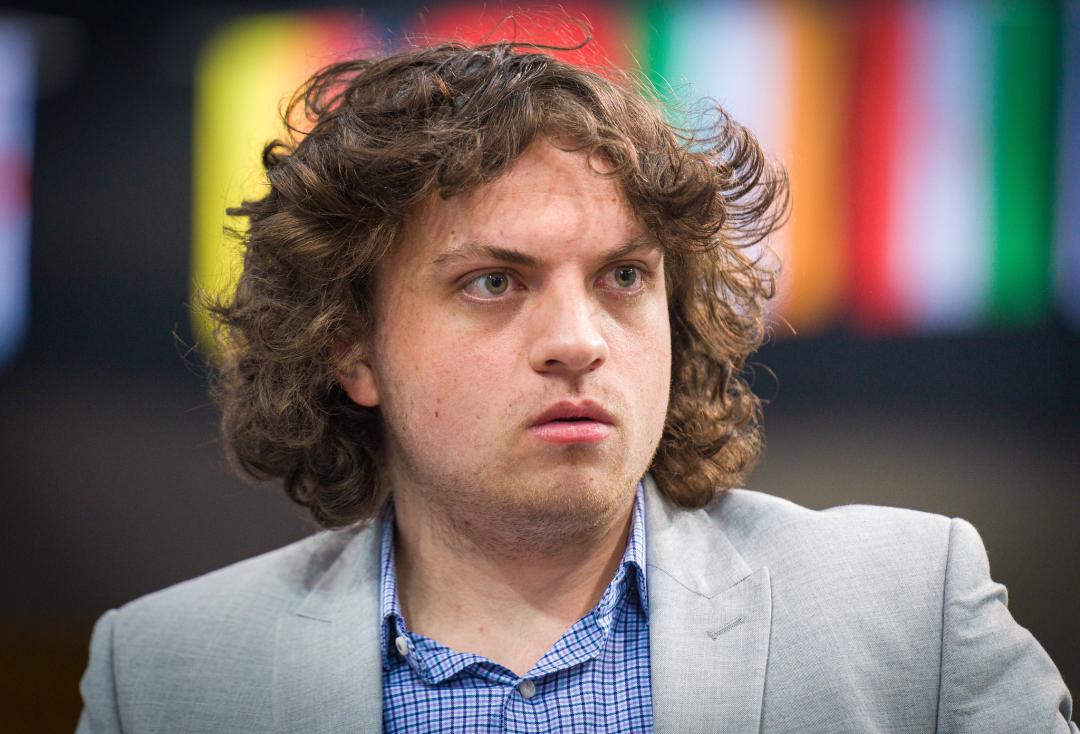 While he did not miss a chance to deliver checkmate this time, he did find a “self-mate” over 100 moves into a winning endgame.