2021 World Championship Kicks off with a Draw 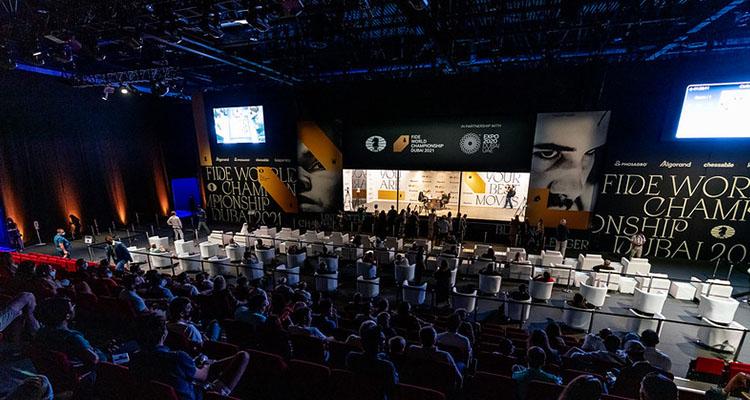 The first game of the 2021 FIDE World Championship is officially in the books: a less-than-peaceful draw between the reigning World Champion Magnus Carlsen and his challenger GM Ian Nepomniachtchi.

Nepo attacked as White with 1. e4 on Friday, entering a Closed Ruy Lopez and receiving the Marshall Attack from Carlsen – though the gambit was declined by the challenger with 8. h3. The game began to leave the beaten path with Carlsen’s 8. … Na5? to earn Black the bishop pair, though the World Champion later gave his minor piece advantage back in a queenless middlegame, swapping both sets of bishops after 22. … Bxf3 and ruining White’s pawn structure.

Though Carlsen was playing down a pawn since the game’s early moves, Black’s position looked comfortable entering the endgame, pressuring Nepo into defense and forcing a string of accurate moves from his Russian challenger just before the first time control. Black regained his lost material after 33. … b4 helped open a lane for his rook, but Nepomniachtchi soon pressed Carlsen with an impossible decision, forcing repetition and agreeing to a draw after 45 moves.

GM Elshan Moradiabadi takes you in for a deep dive, as today’s guest annotator for Game 1 of the 2021 FIDE World Championship. 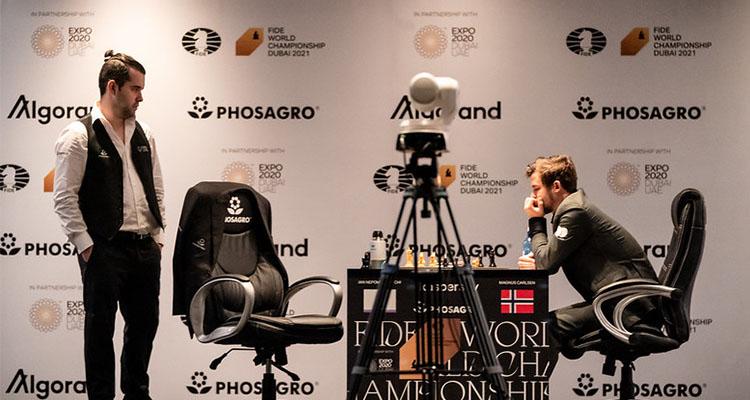