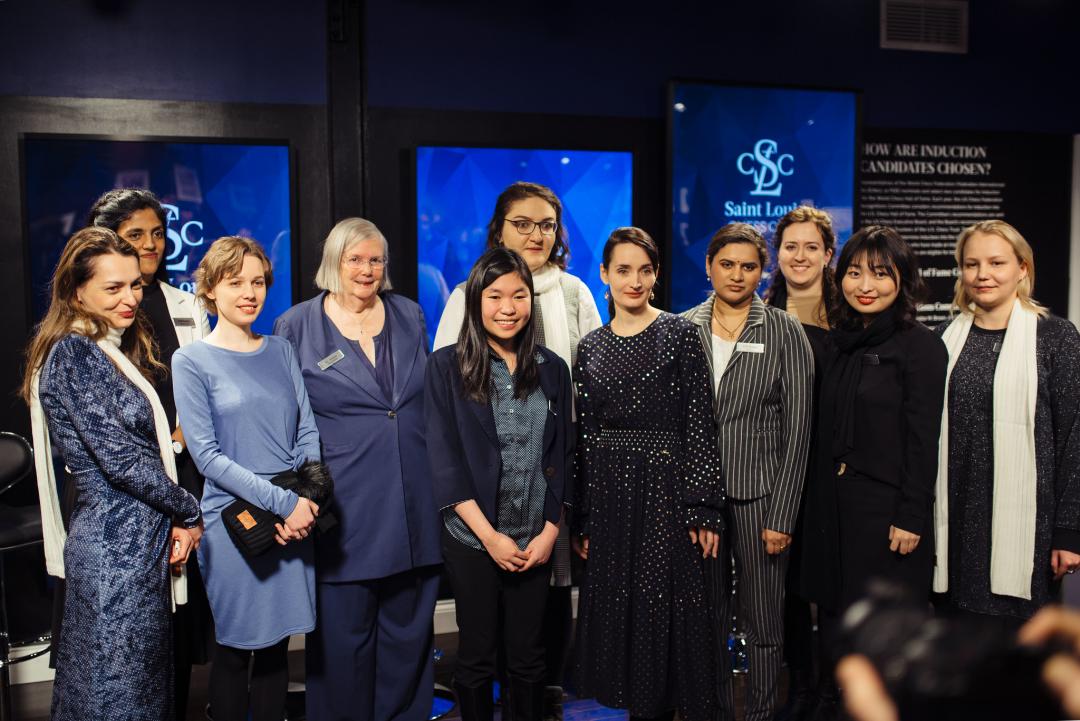 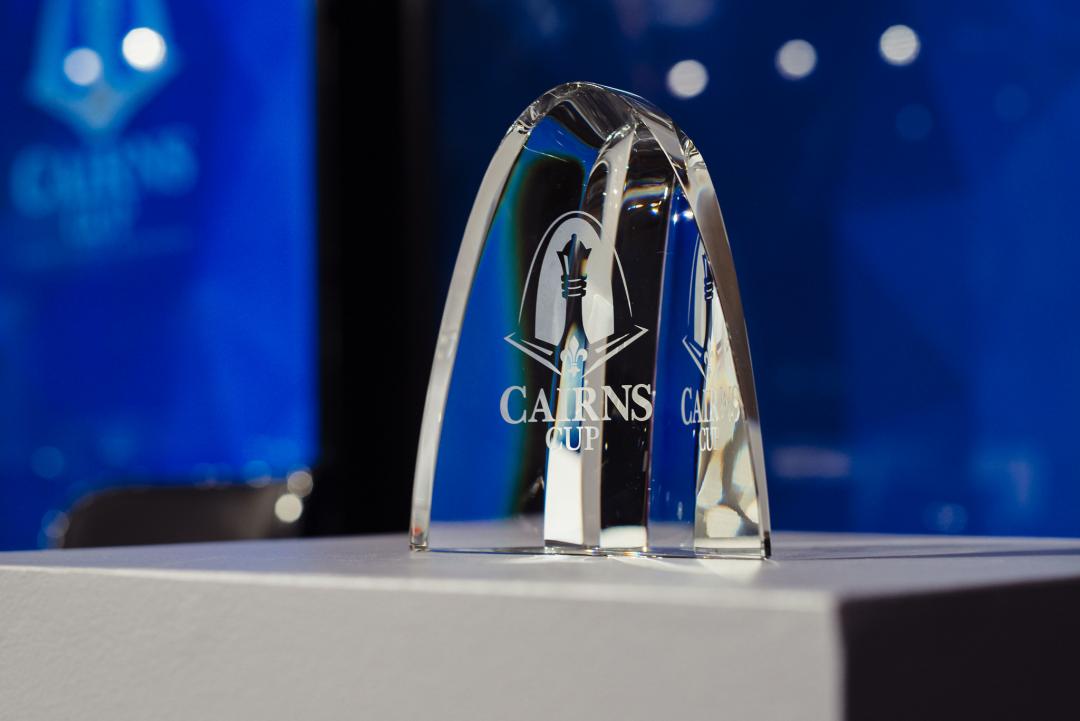 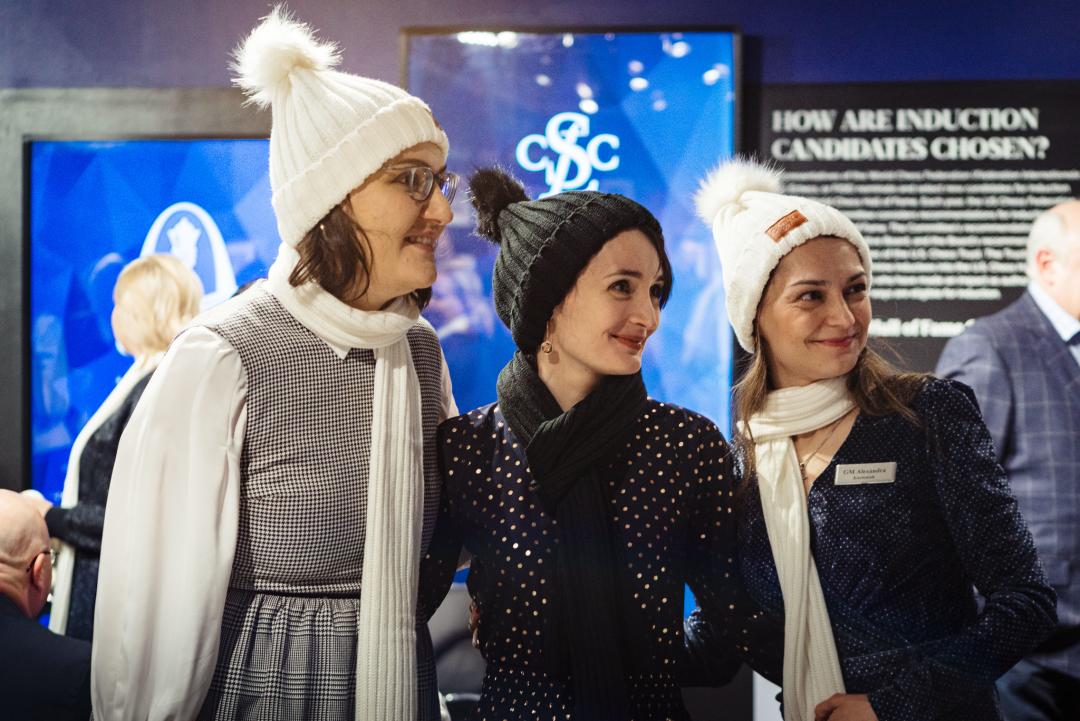 GMs Dzagnidze, Lagno and Kosteniuk, Photo Crystal Fuller
US Chess Executive Director Carol Meyer and I also spoke at the Opening Ceremony about the Women's Program Grant partnership with the Saint Louis Chess Club. We were thrilled to announce the renewal of the grant to help women and girls outreach and development, to an increased amount of $125,000 for the 2020-2021 fiscal year. 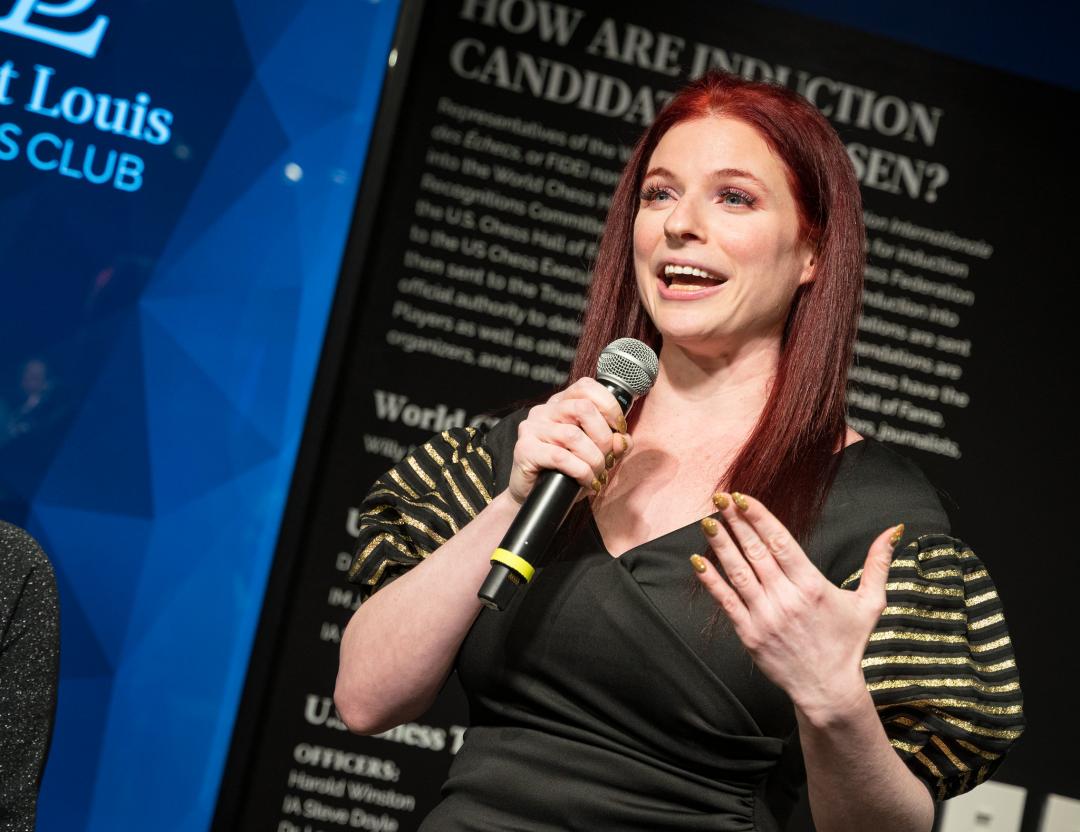 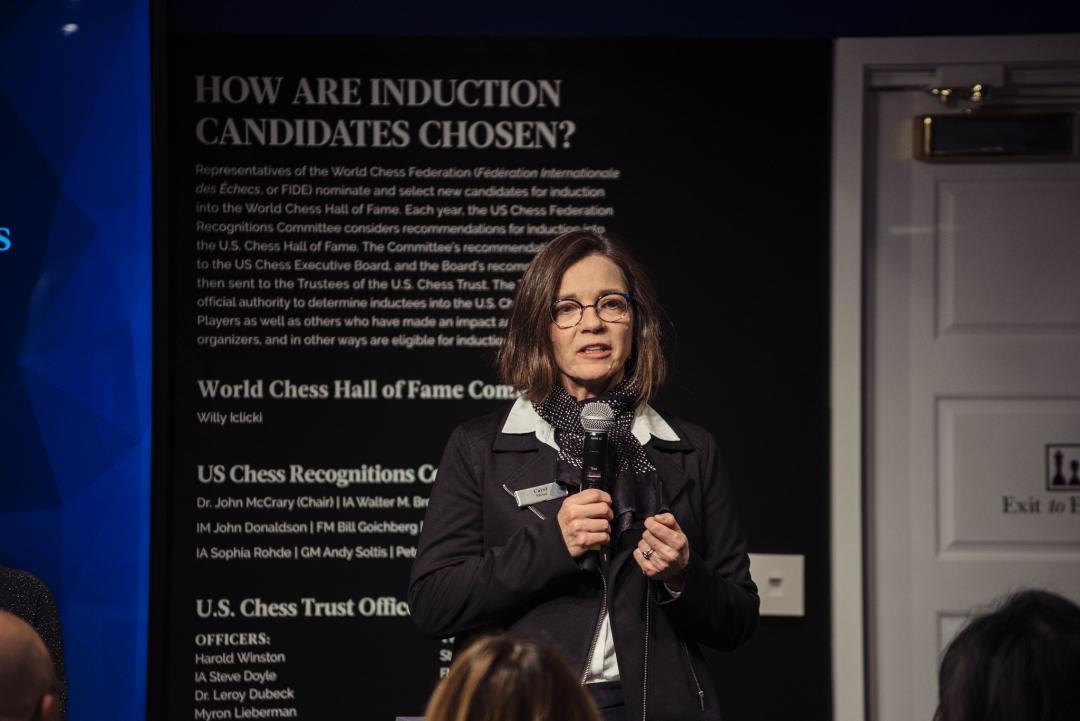 Carol Meyer, US Chess ED, Photo Crystal Fuller
The theme of outreach continues throughout the event, as a BSA Scouting workshop for girls is scheduled for the rest day. Dr. Jeanne Sinquefield spearheaded the BSA chess merit badge in 2010, and in 2019 the first girls in the country earned the chess merit badge at the Saint Louis Chess Club. The ceremonial drawing of the lots featured cozy winter gear, as the audience learned round one pairings, which include some titanic matches, including Former Women's World Champion Mariya Muzychuk vs. reigning champ Ju Wenjun. 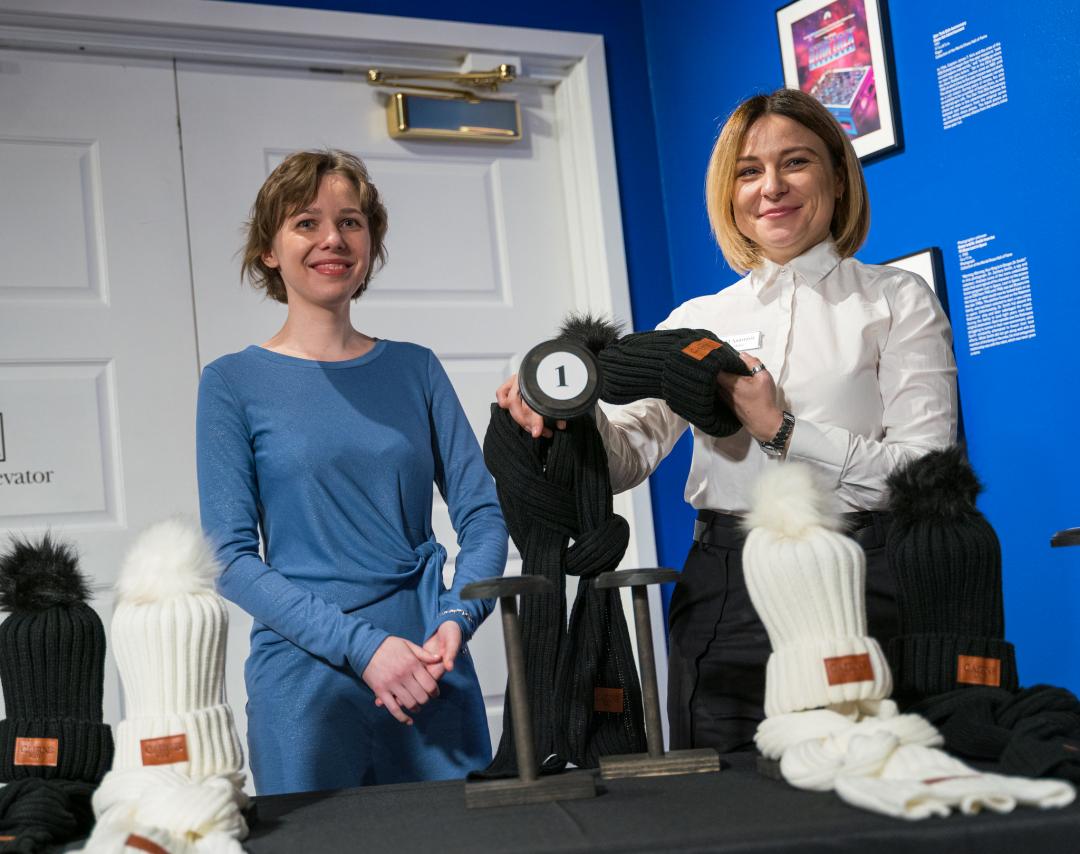 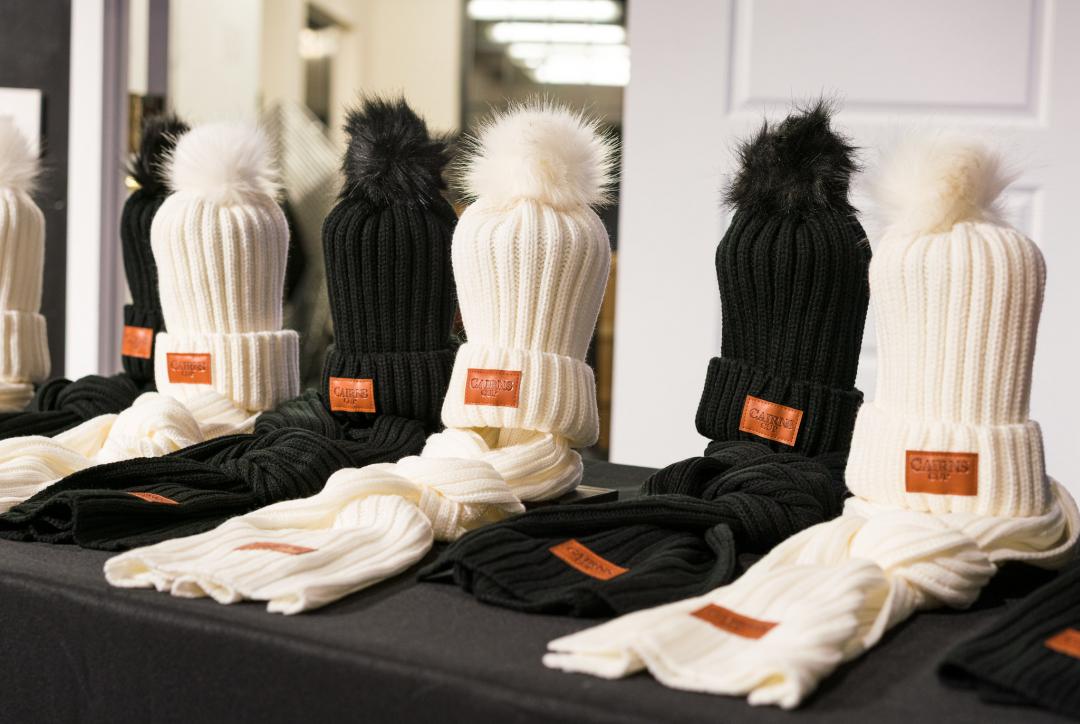 The drawing of the hats, Photo Lennart Ootes
Follow the Cairns Cup starting on February 7 at 12:50 ET at uschesschamps.com, which will feature commentary from WGM Jennifer Shahade and GMs Alejandro Ramirez and Yasser Seirawan. 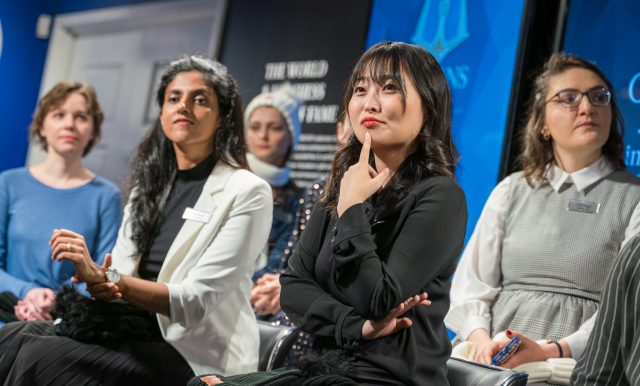