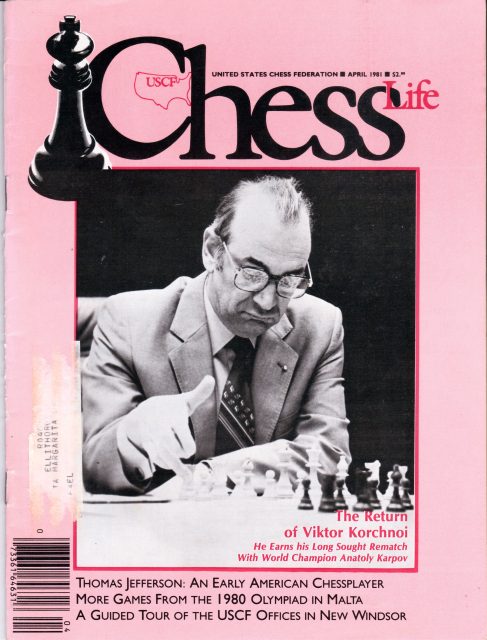 Why can't the guy who's won the most USCF tournaments (well over 1000) FM John Curdo from Boston, get any love from the US Chess Hall of Fame?
Maybe he couldn't breakthrough FM?
Before snarking, do you know who FM John Curdo is? At 85, John Curdo is still an active player, and is the highest-rated U.S player over age 81 at 2204 (March 2017 rating). Back in the late-1940s thru 1950s there were only a couple U.S. GMs (Sam Reshevsky and Reuben Fine are the only ones that come to mind), and one could name all of the IMs as well (e.g., Arnold Denker and Arthur Dake). There were few opportunities to gain FIDE titles in the U.S., so one would have to be willing to literally starve for several years playing in Western Europe (Eastern Europe was behind the Iron Curtain), which was still rebuilding from WWII. There was little money in chess, as I recall, even Reshevsky worked a job. Link to a good Boston Globe article written Aug 19, 2009 on John Curdo: http://archive.boston.com/yourtown/newton/articles/2009/08/19/at_77_john_curdo_still_keeping_opponents_in_check/?page=full
Thank you Jim T. for the excellent information. It's awesome that FM John Curdo (2204) is still playing tournaments at 85! I'll be lucky if I'm still alive and able to know what Chess is at 85....
Yes, Curdo became a master in 1948 and is still an active master in 2017. 69 years of being a master and still capable of winning tournaments at age 85. No, he was not a world class GM but he still dominated the New England area for decades. A Hall of Famer for sure.
Yes... John Curdo is a legend. There are many legends who have made contributions to chess who are not Grandmasters, International Masters or world-class players. In fact, playing strength is not always the reason for induction. I remember reading about Curdo in Chess Horizons magazine which was one of the best back in the 80s. I played in Chicago, but Curdo was a fixture in the coverage. I am not certain on the criteria and I am not advocating that Curdo should be inducted, but the truth of the matter is that there should be consideration for those who are not world-class level as other sports Halls.
[…] US Chess Championship began with an opening ceremony at the Boo Cat Club that also honored new inductees into the US Chess Hall of Fame, Edward Lasker, and the World Chess Hall of Fame, Viktor Korchnoi, […]