CLO Stories on the Haring

Former US Chess president and FIDE Zonal 2.1 (USA) president has died in California; once stated, “I love chess and want to see it grow.”

CROSSVILLE, TN: The US Chess Federation is sad to announce the death of former US Chess president Ruth Inez Haring of Chico, California. She served on the Executive Board from 2009-2016 and was the current FIDE Zonal 2.1 (USA) president, a post she entered in 2016. Haring was also on the FIDE Ethics Commission and the CalChess Board of Directors. A Women’s International Master (WIM), she began playing tournament chess in 1969 and represented the USA in five Women’s Olympiads (1974, 1976, 1978, 1980, 1982) and an Interzonal. She was only the second woman to serve as a US Chess president.

Current US Chess President W. Allen Priest says, “I have always looked up to Ruth as a mentor and treasured her as a friend. I was honored to serve with her on the board and was inspired by her efforts to change the culture of US Chess. After her service on the board she continued to be a major influence within US Chess, our FIDE continental association, and FIDE at large. She brought a professionalism into all she did but was such a warm and encouraging person as well. My heart breaks for her family. My sense of personal loss is profound. I will miss my friend.”

Executive Director Carol Meyer echoes, “US Chess has lost one of its most treasured members. Ruth was a thoughtful, principled leader who relentlessly promoted the mission of US Chess. She was a mentor to me in the short time I knew her, and I valued her guidance in navigating this community. Ruth’s passing is a terrible loss for US Chess and the world chess community. Her legacy is our enduring gift.”

FIDE Vice President and Delegate for US Chess Michael Khodarkovsky has also taken the loss personally. Michael says, “Ruth and I worked together for ten years, including shoulder-to-shoulder at FIDE congresses. She always placed the interests of US Chess first, never concerned about her own personal interests. She built good relationships throughout the chess world and had the respect of her colleagues for her strong voice. This is a huge loss not just for me but also for the chess world.”

In her professional managing and consulting life in the computer industry, Ruth stated that she “… successfully managed large complex projects for IBM, Lockheed, TRW, and eBay” for 23 years. She credited chess with her business success, once writing in Chess Life magazine, “As a teenager, I lived in a small university town, Fayetteville, Arkansas. To improve at chess, we had to travel to nearby states where there were stronger players we could learn from. From about 1969 to 1973, most weekends, we drove to Kansas City, Tulsa, Stillwater, Oklahoma City, Little Rock, Memphis, St. Louis, Dallas, and anywhere there was a tournament within 700 miles. Each summer, the U.S. Open was an exciting event. My high school participated in the National High School Championship and my college in the Pan-Am Intercollegiate. I was president of both my high school and college chess clubs. These experiences helped to form who I was, provided valuable life lessons about teamwork and leadership, and were part of the essence of the computer professional I later became—and it was all due to chess. I can’t imagine a better way to be educated and learn about people and the world.”

Haring was elected to the US Chess Executive Board in the summer of 2009, taking her seat as vice president, a position she held until becoming president in 2011. She remained president until 2015, completing her board term in 2016 as a Member-at-Large. As US Chess president she was committed to growing the game, stating, “I love chess and want to see it grow. I want to see more people play, more events, greater recognition of our sport amongst the general public, and better media coverage.” US Chess Membership increased from 75,876 to 85,867 during her tenure.

US Chess has renamed a premier scholastic national championship as the Ruth Haring National Girls Tournament of Champions (RHNGTOC). Haring is a former president of the organization with a strong vision to increase the numbers of women and girls playing chess and once stated, “I look forward to the day when [US Chess] has 50% of its membership women and girls.” Currently, despite increasing numbers that are trending upwards, only 14% of US Chess membership is made up of women and girls.

The RHNGTOC is a tournament of champions for girls from across the United States in which each US Chess state affiliate sends one representative, a female player in grades K-12, who has demonstrated her ability in a manner satisfactory to the affiliate. It is held annually in conjunction with the U.S. Open; this year’s event will be at the Rosen Centre Hotel in Orlando, Florida, from August 3-5. The event will feature a $5,000 scholarship funded by Robert and Barbara Schiffrin.

Ruth Haring died in late 2018. Haring was elected to the US Chess Executive Board in the summer of 2009, taking her seat as vice president, a position she held until becoming president in 2011. The RHNGTOC began during her tenure in 2013 (known then as the National Girls Invitational Tournament). She remained president until 2015, completing her board term in 2016 as a Member-at-Large. As US Chess president she was committed to growing the game, stating, “I love chess and want to see it grow. I want to see more people play, more events, greater recognition of our sport amongst the general public, and better media coverage.” 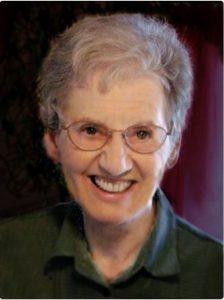 Ursula Lowenbach Foster, Holocaust survivor and former classmate of the now famous Anne Frank (author of ‘Diary of Anne Frank’), died in Modesto, CA, in August of 2004. She was 77 years old.

In 1938, at 11 years old, Mrs. Foster fled Germany with her family to Amsterdam to escape Nazi persecution. Two years later, Germany conquered the Netherlands, and brought the same persecution to the Foster’s new home. The last time she saw her older brother, Ernst, was July 14, 1942, when at age 18 he was arrested by the Nazis, and sent to Auschwitz Concentration Camp in Poland, where he died in the gas chambers.

Mrs. Foster is mentioned by name in the book written by Anne Frank. Her time of hiding was fraught with danger, fear, and deprivation. It was during this time that her father taught her how to play chess. On her 16th birthday, she was confronted by two Nazi officers, and narrowly escaped imprisonment when one of the men realized she looked remarkably like his own daughter, and chose instead to walk away. Throughout her life, she kept the yellow star, inscribed with “Jood” (Jew) that she’d been forced to wear as a child.

Though a shy woman, she lent her time and experience to school children at Modesto area schools, giving talks about the Holocaust and its horrific impact on her life and those of her family and friends. She was a civic volunteer, working with the Memorial Medical Center, driving cancer patients to and from medical appointments, and promoting literacy by delivering books to shut-ins and reading to underprivileged children.

Her sons are establishing the scholarship to continue their mother’s work and sense of civic duty, and keep alive her love of the game and devotion to young people.

(Editor’s note) Mrs. Foster’s sons, Rick and Cliff Lester, provide two scholarships of $500 each awarded through the Chess Trust to the Top Player, age 16 and under, from the GM Denker Tournament of High School Champions and the National Girls Tournament of Champions (NGTOC). The Ursula Foster Award was created in memory of their mother’s life and dedication to young chess players.

The US Chess Women’s Subcommittee

The US Chess Women’s subommittee is part of the US Chess Programs Committee. We are charged with helping empower women and girls through chess. Overseeing the WIM Ruth Haring National Girls Tournament of Champions is only a small part of what we do.

We work with many other US Chess Committees and the Executive Board of US Chess to strengthen Chess for all lovers of our sport. Yet, our main mission is to support, strengthen and grow the female chess community within the United States. To that end, we are committed to lending our support equally to all female chess players, their families, teachers and coaches, tournament directors, event organizers and chess journalists. If you are involved in promoting chess for women and girls, or want to volunteer, we want to hear from you.

“To Empower, Teach, and Inspire Women and Girls to maximize their potential in the Chess Community”.

The Mission Statement and Core Values above belong to the US Women’s Committee. If you wish volunteer with us on local, state or national levels, please contact us for more information. The current Women's chair is Kimberly Doo. The current Program chair is Bill Brock. 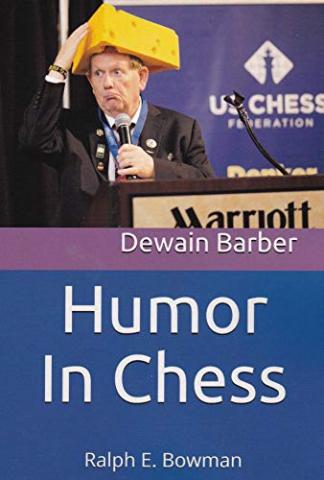