The fight to be known as the best prospect for chess in America is a tough one. With the chess boom caused by the coming of top-level GMs to this country, as well as the impact of the Saint Louis Chess Club and the Kasparov Chess Foundation, there have been several impressive talented players making their ways up the national ranks. However, two of them stand head above the rest, and have recently distanced themselves even more from the pack: Sam Sevian and Jeffery Xiong, the two star students of the Young Stars program. 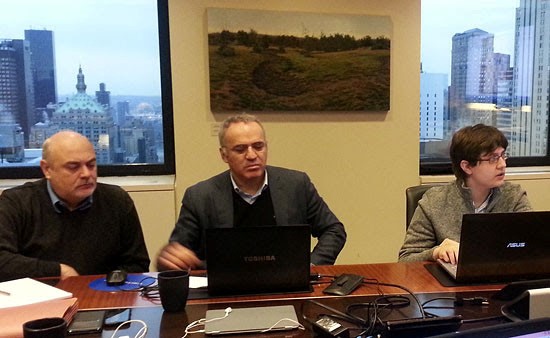 A typical training session for the Young Stars

The Young Stars – Team USA program has been sponsored by the Kasparov Chess Foundation (KCF) and the Chess Club & Scholastic Center of Saint Louis (CCSCSL) since 2012. A group of young and promising chess players are assessed and evaluated by Garry Kasparov himself, along with KCF President and FIDE Senior Trainer Michael Khodarkovsky. These players are also individually trained by prominent grandmasters and famous coaches, including Alexander Chernin. 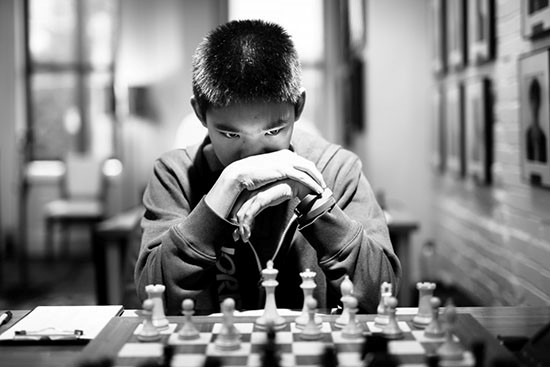 Jeffery Xiong proved that his 2600 is no accident. Photo: Austin Fuller

Jeffery's most recent success was his wonderful performance in the 2016 U.S. Chess Championship. The strongest American national championship ever held, with three top-10 players, was held in Saint Louis, Missouri a couple of weeks back. Jeffery was the youngest participant, and a first-timer at this prestigious event. The second youngest player, Akshat Chandra, qualified through his victory in last year's U.S. Junior Championship and is also part of the Young Stars program. 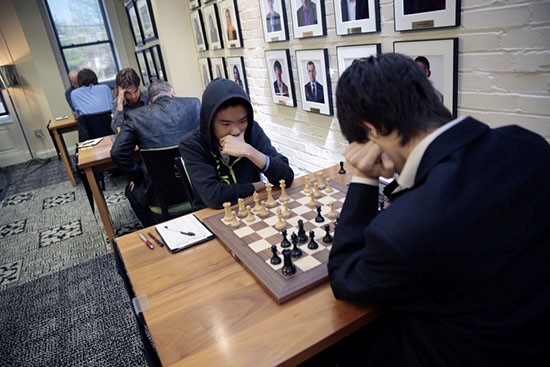 The performance of young Jeffery, hailing from Coppell, Texas, was astonishing. After nine rounds of chess he had not dropped a single full point, remaining undefeated until then and even defeating former U.S. Champion Gata Kamsky along the way. His only loss in the tournament came with the black pieces to none other than Hikaru Nakamura, at that point the defending U.S. Champion. He was aided in the tournament by GM Vladimir Georgiev, one of the KCF official coaches. Jeffery's performance gained him six rating points, and with that he cements his position as one of the top Junior players world-wide. He currently is ranked sixth in the World for players born after January 1st, 1996, and clear first for players born in January 1st, 2000 or later. 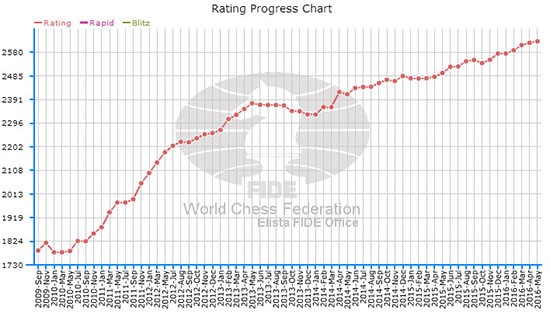 It wasn't only Jeffery that was making waves around the World, however. Sam Sevian just finished an impressive performance in the very strong Hasselbacken Open in Sweden. The field was star-studded, with players such as Andreikin, Almasi, Smirin and Shirov. It was precisely the Latvian legend of Alexei Shirov that fell victim to Sevian's unstoppable chess in Hasselbacken in the fifth round. 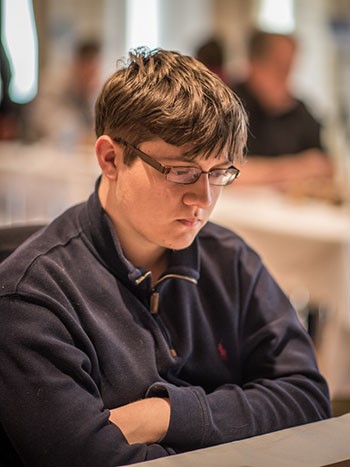 Sam in action in Sweden. Photo from official website.

The Young Star started with a demolishing 4.5/5, and even though he was "only" able to draw his last four games, all against 2600+ rated grandmasters, he managed a beautiful 2657 performance and catapulted himself over the 2600 mark. He is currently tenth in the World in the Junior list, and second in the World in the list of players born after January, 1st 2000, but he is quickly on the pursuit of Jeffery's #1 spot! 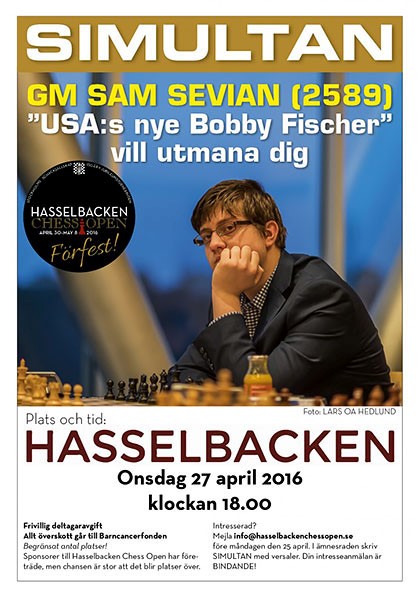 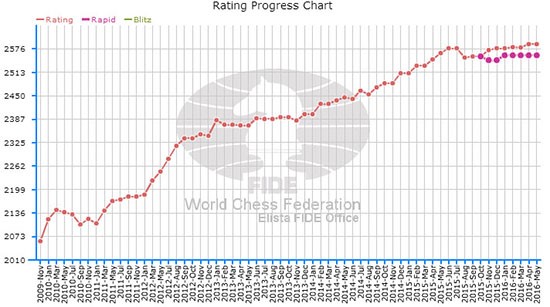 Sam will be crossing 2600 in the next rating list, when Hasselbacken is included.  Source: fide.com

Also with a great performance was Young Star Awonder Liang. Despite a rough start with only 2.0/4, the youngest IM in America was able to bounce back with an amazing 5.0/5 to finish the tournament with 7.0/9! His last round victory was against strong Russian GM Konstantin Landa. Training to be the World's best is no easy task, and there is little rest time. Both Sam and Jeffery will be attending a training session with Garry Kasparov and Michael Khodarkovsky in Saint Louis, from May 27-29. They will be joined by other American stars, such as Kayden Troff, John Burke and the rising female star Carissa Yip. 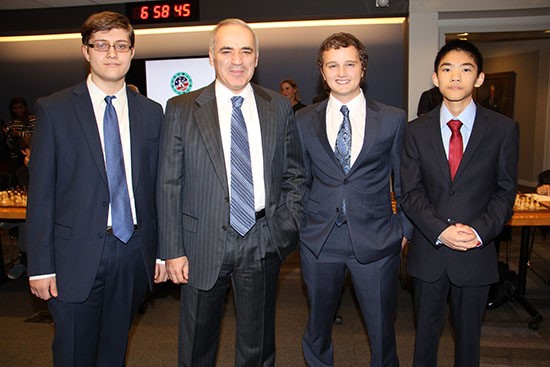 With three players in the top ten, and such promising talent rising through the ranks, it is clear that the future of elite American chess is in a very healthy state! *Original article published at Chessbase.com