Up to the Challenge in Ohio: Pan-Ams Begin 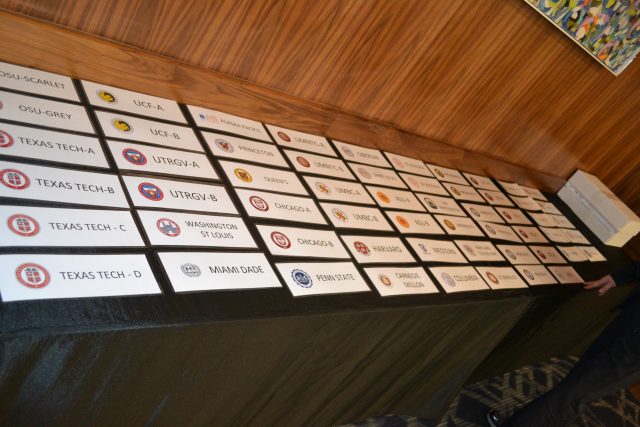 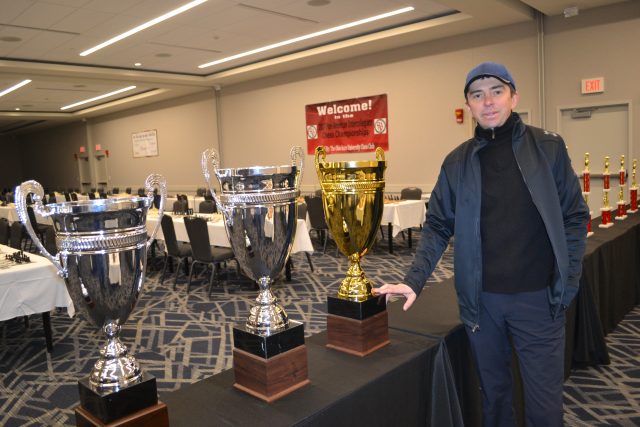 Onischuk in Columbus, Photo Al Lawrence
GM Alexander Onischuk, runner-up in the US Chess Championships and coach at Texas Tech University, is also ready for battle, as he cheerfully poses with the first place trophy. Up to the challenge as well is GM Alejandro Ramirez, coach at Saint Louis University. According to Ramirez, the US Chess College team of the year "is in high spirits, coming off a three-day training camp. The SLU team is very close knit and we are going to fight with the best we have.” 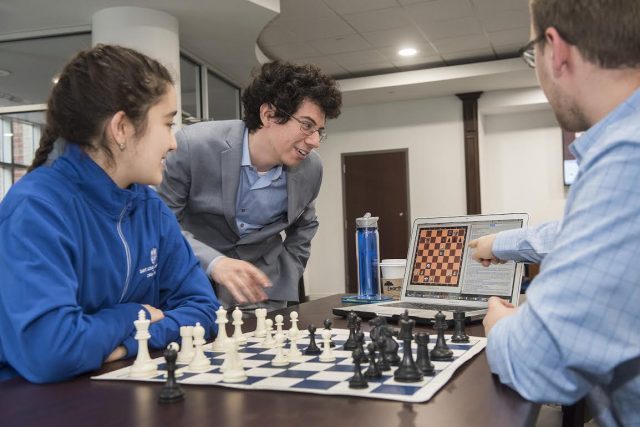