Dragons on the Beach: Alejandro on the World Youth So Far

GM Alejandro Ramirez, one of the coaches at the World Youth Championship in Greece, writes about the first couple rounds of the intense competition, and some Dragon preparation that worked out perfectly. 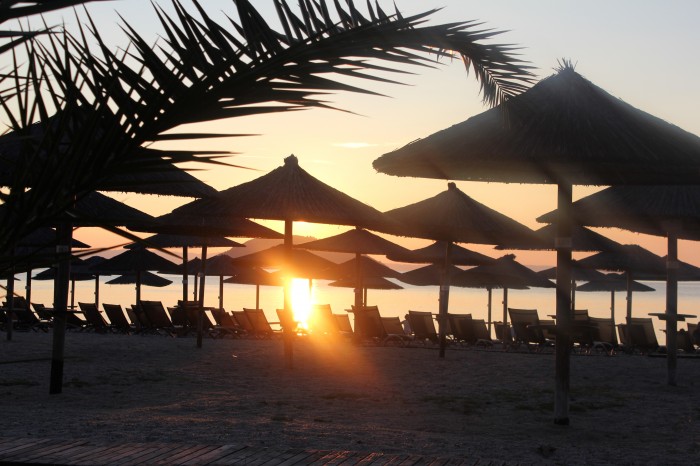 World Championship Certainly has a ring to it, being World Champion! For this precise goal America is sending over 120 young, talented players to the 2015 Youth and Cadet World Chess Championships in Porto Carras, Greece. It's been thirteen years since I have been in this country, incidentally as a player in the u-14 category of this very tournament, and it is a pleasure to return as one of the coaches of the U.S. Delegation. This tournament is a unique experience for most of the players. Some come in it to fight for the top places, the coveted medals and the international recognition that comes with them. Awonder Liang, Carissa Yip and several others enter the tournament as some of the top seeds; they come here only with the gold medal in mind. For others, it is a tournament like no other, the first international competition for some, and the realization that tournament chess is far more than the weekend Swisses we are used to in America. The event is grueling for some of our players, who are simply unaccustomed to the traditional formats. The tournament starts on the 25th of October and runs until the 6th of November, very long by our standards but quite typical for a strong international event. With only one round a day, players will be faced with new challenges, such as deep preparation, how to conserve energy for a long event, and what to do in the hours that are not devoted to chess. I cannot imagine a tournament that helps a chess player's growth more than the stressful and demanding scenarios presented by the World Chess Championship. Each delegation coach will be responsible for six students, and even as I write these words already tournament strategies are being considered. I am excited for our players and I hope that we have another strong showing here in Greece. 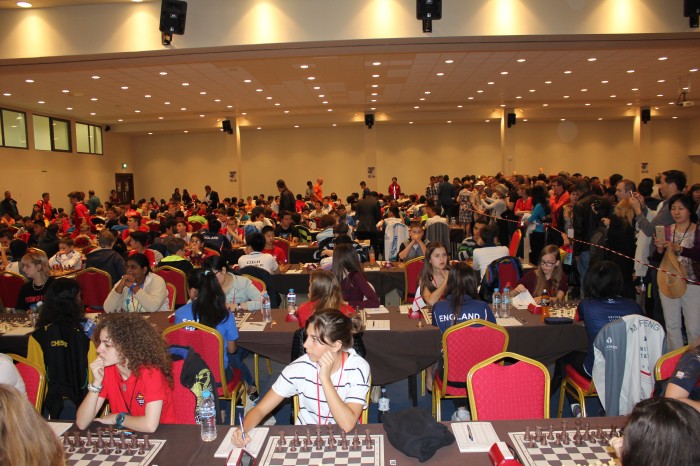 Getting here Flying to Europe is never a trivial task for Americans; the time difference is substantial (seven hours to the east coast, ten to the west coast) and the transfers are not easy. I was lucky that despite the strong weather in Greece, which affected several people, I had a smooth flight from Saint Louis to New York to Istanbul to Thessaloniki, after which an easy two hour bus to the hotel finally placed me where I was supposed to be. I'm tired just recalling how many hours getting here took! We are staying at the Sithonia Hotel in the Porto Carras Grand Resort complex. The hotel is quite good, overall it seems to have been opened specifically for this tournament. We are currently in off season in Greece and this is clearly a summer resort, with activities such as scuba diving and going to the marina being rather popular. The weather is too chilly to do any of those things, but it is still pleasant enough to take walks around the beach, get some fresh air and not freeze. Ben Finegold, a lover of cold temperatures, finds this climate to be "perfect". We are far from anything that resembles a city (I believe taking a ferry is the closest way to get to one) but we have most of what we need in the hotel, including a "supermarket" (it's a bit small and open 10 am - 2pm...), beauty salons, spas, fitness centers and more adult activities such as a casino and a night club which will probably remain rather empty during the event. Probably. Every meal is served buffet style and so far has been quite good. For a tournament of this calibre and of this difficulty to organize (I believe there are about 2000-2500 people her if you count extras such as parents, coaches and others) it has been surprisingly flawless so far. Rounds One and Two Things are going smoothly so far for the American team. Most of our players are on plus scores after two rounds, and plenty of them are on 2.0/2. I am very happy with the six students I have been assigned: Amelie Phung, u8 girls, Aghilan Nachiappan, u8 open, Henry Hawthorn, u10 open, Awonder Liang, u12 open Sanjana Vittal, u12 girls and Nicolas Checa, u14 open. I work with them from 9-1 for preparation for their game. So far they've all had tough games. Awonder unfortunately drew his first game while Henry missed his chances in his second and lost, but overall moral is high and the kids are working hard. Aghilan had some interesting prep go his way in the first game! Round three will pose even more challenges, and I'm sure we will overcome them strongly! The team room, which is basically the USA usurping the Purple Bar from 5-8, has been a great center for the team to bond and grow as chess players. The analysis is jovial and very, very useful. The World Youth squad is sponsored by Two Sigma. Read more about the uniforms Two Sigma is generously providing our delegation with, in the announcement and arrival PR.
SHARE: