Americans in Reykjavik: Roses, not at Random

The Reykjavik Open has come to a close, with both good stories and disappointing results for the Americans. To continue the theme from my first report, the event organization is exceptional. So it's great news that the sponsor of the event, GAMMA, and the playing venue, the beautiful Music Hall Harpa, have confirmed that the Reykjavik Open will return for at least three more years! Next year's dates will be in early April, and might coincide with the U.S. Championship, but let's hope it doesn't. We left off our journey on a high degree of success for the Americans. Lenderman and Moradiabadi finished 1-2 at the Fischer Random European Championship, while Lenderman was also tied for first in the traditional tournament. Unfortunately for the New Yorker, after a tough draw with Yilmaz he was overpowered by the strong 2700 Richard Rapport, and in round eight fell to the strong IM Deimante Cornette (also known as Deimante Daulyte, her last name before getting married to Matthieu Cornette), eliminating his hopes for top prizes. 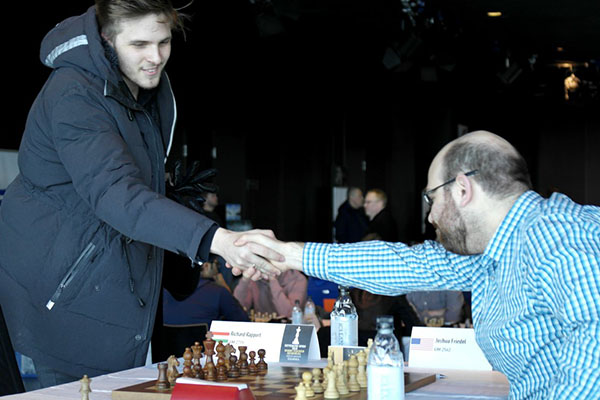 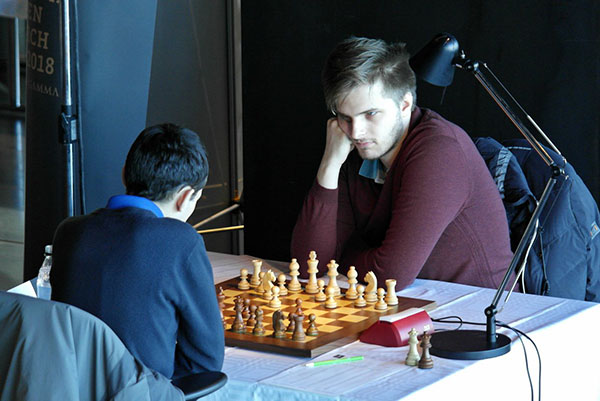 ...and Alex Lenderman back to back In round six I was sent back to school by the eventual winner of the event, Adhiban Baskaran: 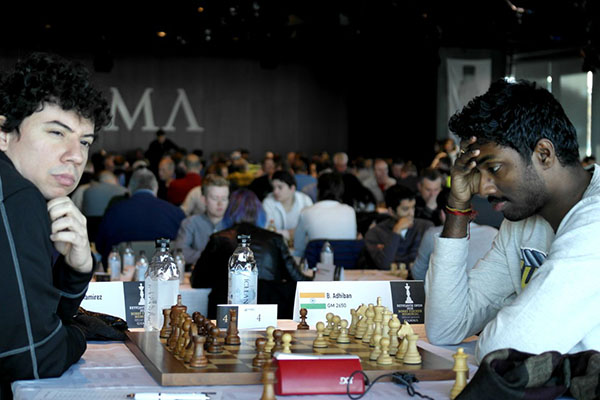 Myself trying to remember how to play the Benko 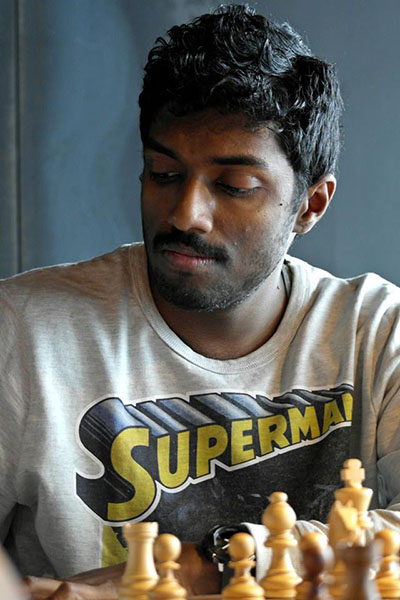 Adhiban Baskaran
Meanwhile Kamsky was being held to a draw by Nihal Sarin, which started his draw sequence (followed up with draws against Stefansson and Abdusattorov). 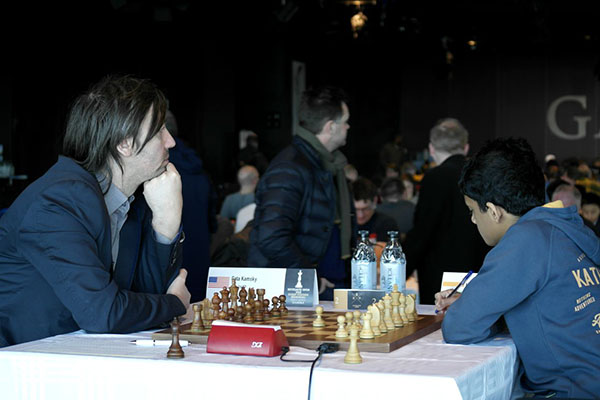 Kamsky vs. Sarin
Gotta get 'em while they're young. Unfortunately, Sarin might already be past that stage. The 13-year old finished with a massive 2668 performance and his 20th place was due mainly to bad luck with tiebreaks. However, some of us managed to get back into the tournament. I was able to win rounds seven and eight, while Perelshteyn was quietly surging. Thanks to his round eight win against Benjamin Gledura, he found himself in a strong position going into the last round! Had he beaten me in round nine, Perelshteyn would actually have claimed second place thanks to his amazing tiebreak. In another top board between Americans Kamsky defeated Gabriel Bick. 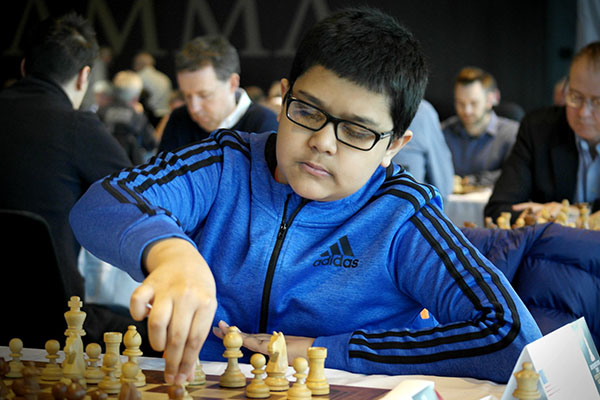 Nikhil Kumar
Nikhil Kumar finished a decent tournament with a draw against Lenderman, gaining some rating in the process. Kamsky defeated Bick with a strong squeeze, and while I was pushing against Perelshteyn, I was unable to break through. This proved nice for the Americans, as Perelshteyn finished fourth and I finished ninth! 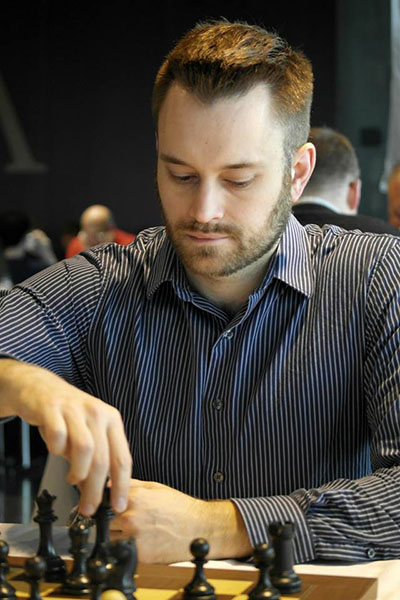 IM John Bartholomew
America's most popular IM, John Bartholomew, lost a heartbreak in round seven that put him out of norm contention, but he finished with two wins. Also quietly gaining ground was Konstantin Kavutskiy. It is rare for a player to win a tournament twice in a row, but it is probably even more rare for a player to win the same category prize twice in a row! Kavutskiy did just that by finishing at the top of the u2400 rating bracket, yet again. 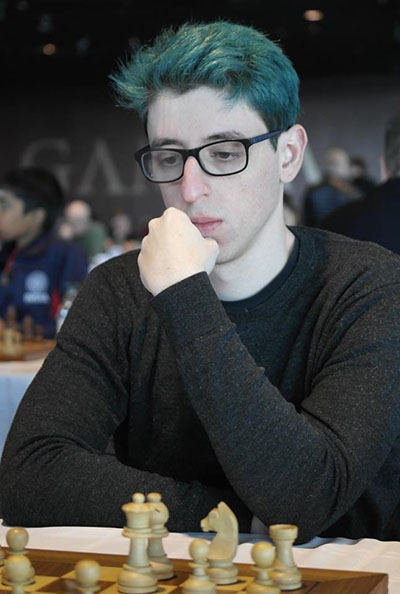 Kostya Kavutskiy
Another prize winner was Tatev Abrahamyan. After a couple of bad results in the middle of the event she recovered and ended as the second best woman in the event. Tatev was right behind Deimante Cornette, who scored her first GM norm in this event! Our U.S. Women's Champion, Sabina Foisor, didn't have such a strong showing, losing 18 rating points but ending on a high note with two victories. 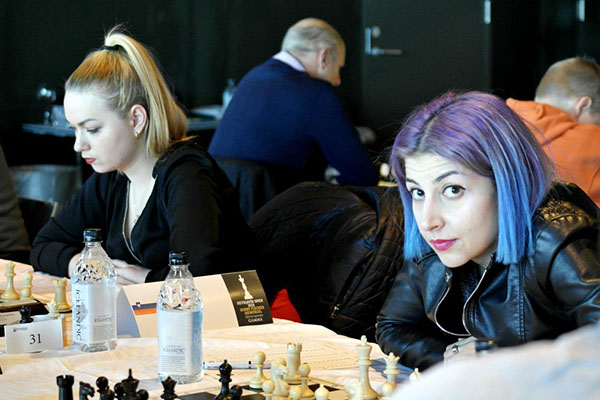 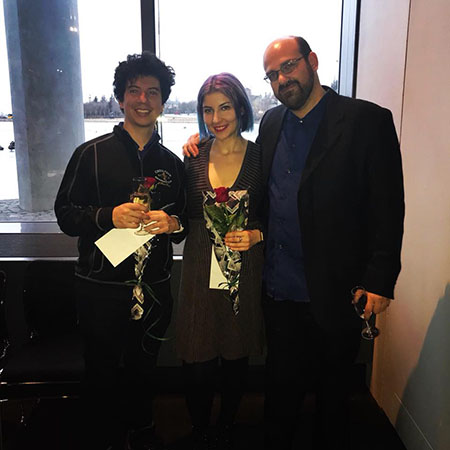 Myself, Abrahamyan and Friedel. Prize winners got a rose. 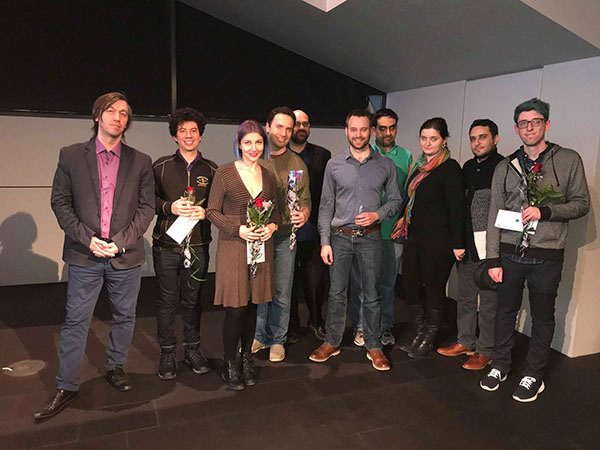 Group photo with players all holding roses
Making chess players take a picture is like herding cats, but we managed to get most of our prizewinners above. The Reykjavik Open continues to be a very attractive tournament for Americans, and with the even further increased direct routes (Wow airlines, for example, is adding STL-KEF as a direct rout starting in May, just to name one) I would not be surprised that next year's event attracts even more of us! Find further information on the event, including final standings, on the official site.
SHARE: