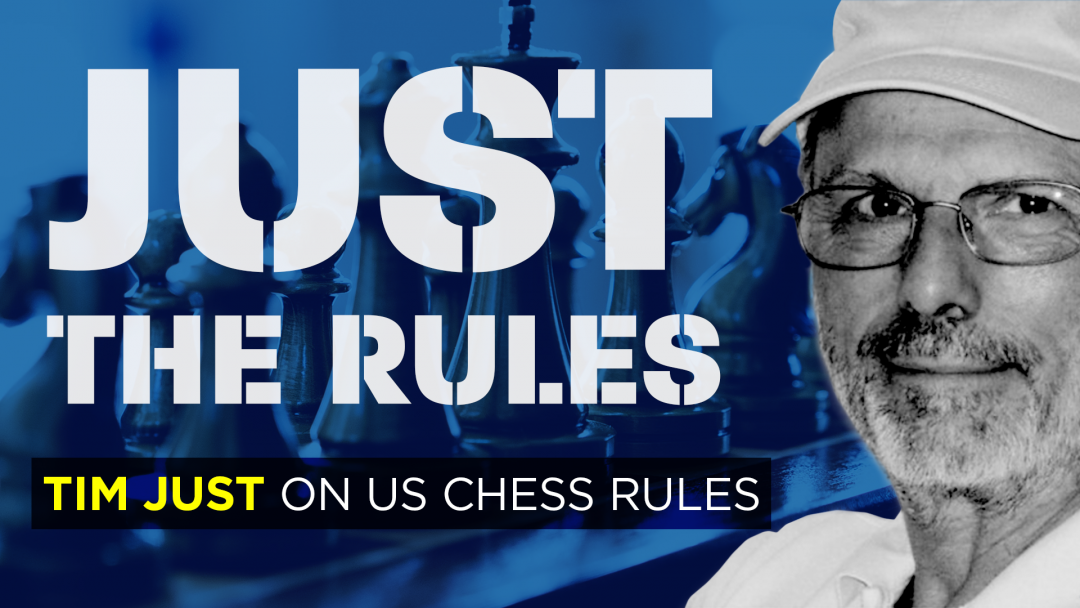 Just what is a wiggle room rule? A specifically worded rule with some leeway—an escape hatch—built into it. In the chess universe that means someone is given the authority to do an end around that specific language.

Your opponent breaks a rule. You call them out on their miscue. The TD warns them to not to make that error again. Hold on! Why didn’t the TD assess the standard penalty—two minutes added to your playing time?

Let’s take a look at a trio of regulations at the start of our rulebook. We are told in 1C2: “In areas in which the director has discretion, it is appropriate to be strictest with rules enforcement….”

1C2b then follows with the wiggle room wording: “The director may assess penalties either more or less severe than the standard penalty….”

That is why TDs can hand out warnings before applying that two-minute penalty — wiggle room wording. Besides 1C2 also tells us: “Being harshly penalized over a trivial rules violation can be sufficiently upsetting to deter a beginner from future participation.” IMHO, being harshly penalized can be upsetting to more than just beginners — us old timers can also get bit annoyed.

Throw the Bum Out!

No one likes to sit at their assigned board and wait for an opponent that turns into a no-show. When that vanishing act takes place, you get your game point. Sometimes your opponent signs up to play the royal game but can’t make it to round one and beyond. Sometimes your opponent just rudely takes off from the tournament without telling anyone. Of course, there are circumstances that your fellow wood pusher has no control over. What do the rules tell us tells us about how to prevent that mystery opponent from pulling out unannounced again? Check out 13G: “…may be ejected from the tournament, and may be fined….” Now-a-days not too many fines are handed out, or even collected. Rule 13G then goes on to massage that ejection language with some wiggle room wording: “On request, the player may be retained in or readmitted to the tournament at the director’s discretion.”

Rule 28P similarly states: “That player is then dropped from the tournament unless (now there is a word that foreshadows some upcoming wiggle room language) he or she presents an acceptable excuse to the director.”

In your OTB contest the general of your opposing chess army breaks a rule. You make a claim. The TD sides with you. Your opponent continues the game officially “under protest.” You score a victory. He intends to file a complaint (appeal) with US Chess. The TD’s decision, from his point of view, caused him to lose. Two weeks later his appeal appears at the US Chess office.

The filing deadline is clearly stated in Rule 21L1: “Appeals in writing must be postmarked within seven days of the end of the tournament….” Of course, now-a-days that “postmark” wording also applies to e-mails. The wiggle room wording then kicks in: “Appeals submitted after the seven-day deadline may be considered at the discretion of the committee hearing the appeal”— that wiggle room language gets your opponent’s appeal processed.

TJ Says: Everything has an upside and a downside. Writing rules that have no wiggle room ignores the possibility that sometimes things just don’t go right despite everyone’s best efforts. Wiggle room wording is needed to fix those inadvertent miscues—not the blatant disregard for a rule. The flip side of the coin is that some people will take advantage of that wiggle room so that they can circumvent the rule.

If it appears that a rule is not being applied properly, then checking for any wiggle room wording might be in order.

I remember one tournament…

I remember one tournament where a player was a no-show and forfeited the Saturday evening game.  He was allowed back in on Sunday when he showed up with the hospital report from the previous evening (he had had a heart issue that was initially thought to be a heart attack).

If it were neither one thing nor another, it would be the same thing again, and that might not be so great, either. :)