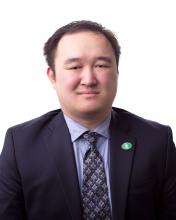 As of July 22, Brian Yang will be the new FIDE Events Manager for US Chess. Brian is a FIDE International Arbiter (awarded in 2018) and a US Chess National Tournament Director (awarded in 2015). Brian has organized and/or directed more than 300 events over the past 13 years, including as chief Tournament Director of the 2016 U.S. Open and 2019 National Elementary Championship. He was most recently the Deputy Chief Arbiter of the 50th Annual World Open, which had over 1,400 players.

Brian is a still-active player (he is a rated Expert). He also organizes and runs local tournaments in Kansas. Yang says, "I look forward to continuing the work of my predecessors and working with players and arbiters to run successful FIDE events domestically and abroad.”

US Chess Director of Events Boyd Reed says, "I’d like to thank Bryon Doyle for his outstanding efforts as our FIDE Events Manager. He accomplished a great deal in a short amount of time, particularly the re-launch of our international youth travels as those events have restarted. I’ve enjoyed working with him immensely, and the feedback I’ve received on him has been universally positive."

Doyle will continue in his position through July 22, although Yang officially starts his US Chess employment on July 13 while we work through the transition.

Brian’s email address will be brian.yang@uschess.org.

Couldn't have picked a…

Couldn't have picked a better person for the job - he has done extraordinary things for the Kansas chess scene in the post-covid era and is an outstanding tournament director.