Round 9: The Announcers Earn Their Money

After a long final day, featuring two rapid playoffs and one blitz showdown, the 2022 U.S. Junior, Girls’ Junior, and Senior Championships are finally in the books. We have three new champions in GM Christopher Yoo, WGM Jennifer Yu, and GM Alexander Shabalov!

With a ‘light’ four hours of work, GM Christopher Yoo was the first champion to be crowned. 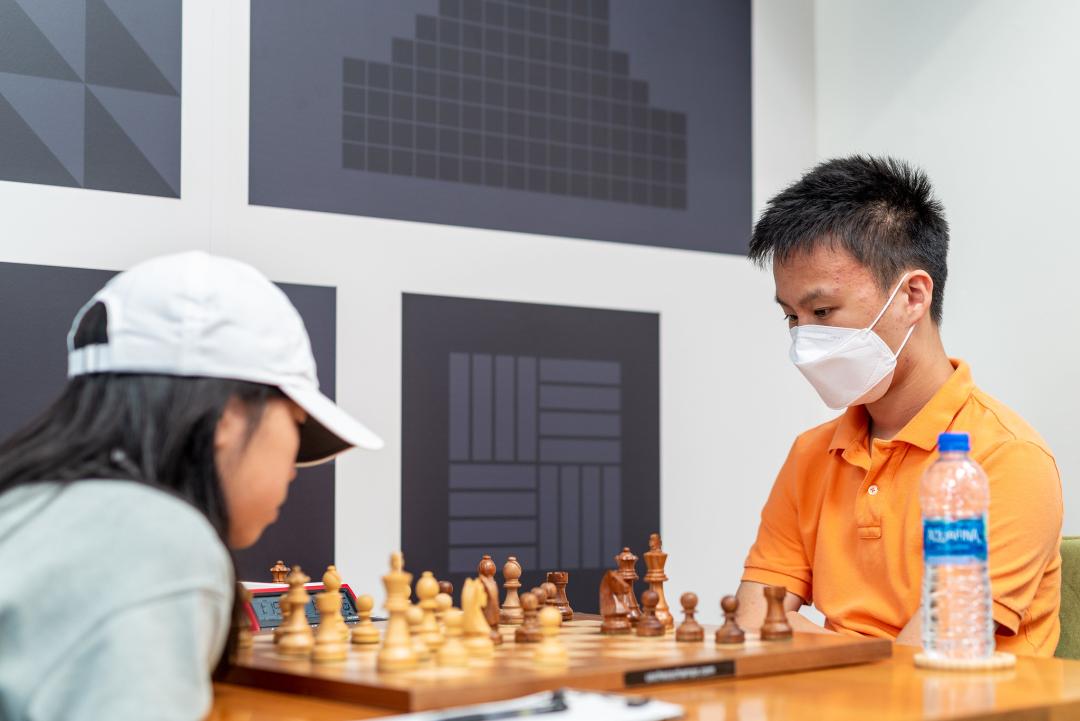 Needing only a draw with Black against IM Carissa Yip, Yoo instead got a winning position after Yip went for an unsound piece sacrifice. After several nervy mistakes by both sides, the complications reduced into a balanced endgame, and a draw was eventually agreed after all.

Yoo finished with 7/9, a full point ahead of GM Andrew Hong, who ended the event with six points. Yoo will receive $12,000 in prize money, a $10,000 scholarship from the Dewain Barber Foundation and US Chess, and, most importantly, a spot in the 2022 U.S. Championship. A beaming Yoo was asked in his post-game interview how he plans to approach his first appearance in that prestigious event; he pointed out that “I really don’t have anything to lose!”

Incidentally, GM-elect David Brodsky lost to GM Abhimanyu Mishra, leaving Brodsky short of a final FIDE rating of 2500. Achieving this rating remains (for now) the final requirement for him to fulfill in order to earn the GM title.

Like Cervantes Landerio, WGM Jennifer Yu entered the day’s play a full point behind Morris-Suzuki. And like Cervantes Landerio, Yu also won her game, setting up a three-way tiebreak playoff between the three players. This initial playoff consisted of a rapid round-robin at a time control of game in 10 minutes with a two-second delay. 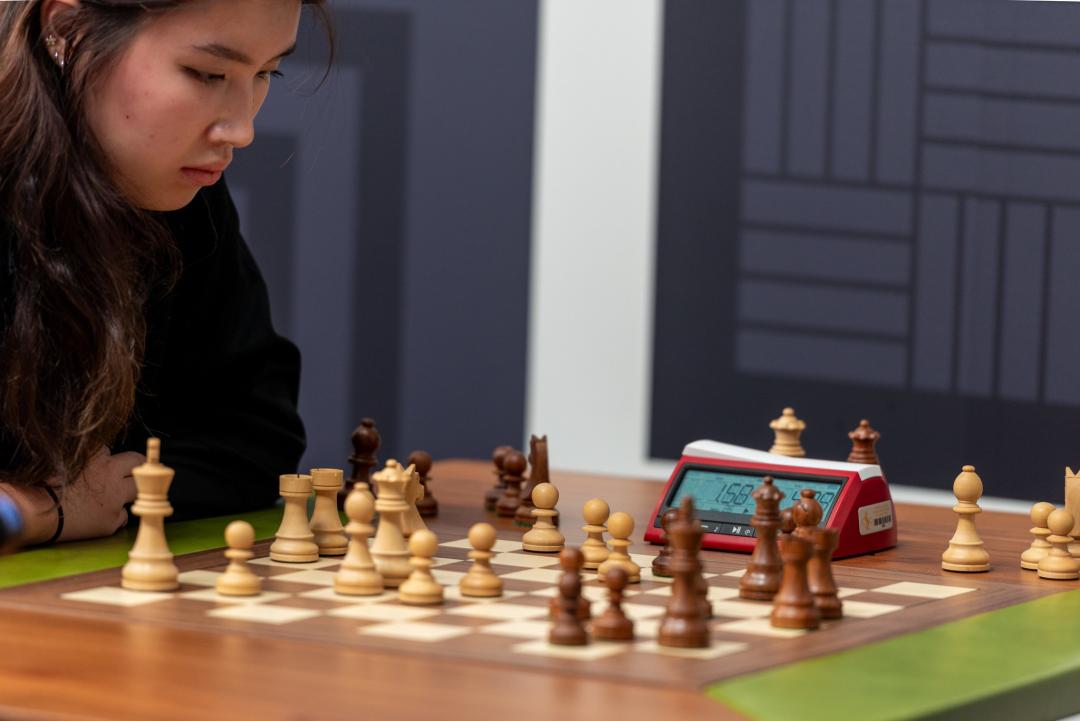 Yu struck first, outplaying Morris-Suzuki despite a late-stage hiccup where Morris-Suzuki missed a chance to equalize. But then Yu herself was outplayed by Cervantes, leaving the outcome dependent on the final game Morris-Suzuki-Cervantes. With their back against the wall, Morris-Suzuki essayed the swashbuckling Evans Gambit to notch a powerful win, leaving the rapid round-robin completely tied!

This triggered a second round-robin at a faster time control of game in three minutes with a two-second delay.

This time Yu was merciless, beating Morris-Suzuki and Cervantes back-to-back to win the tournament. Her performance under pressure was incredible, especially when you consider that she trailed Morris-Suzuki by two full points after six rounds!

Afterwards Yu attributed her levelheadedness to having had prior playoff experience, and said that her approach to the blitz round-robin playoff was to “just pretend like none of this happened, and start over.”

Yu won $6,000 in prize money, a $10,000 scholarship from the Dewain Barber Foundation and US Chess, and a seat in the 2022 U.S. Women’s Championship. Of course, Yu is already a regular in the Women’s Championship, famously winning it in 2019 with an unprecedented 10/11 score. 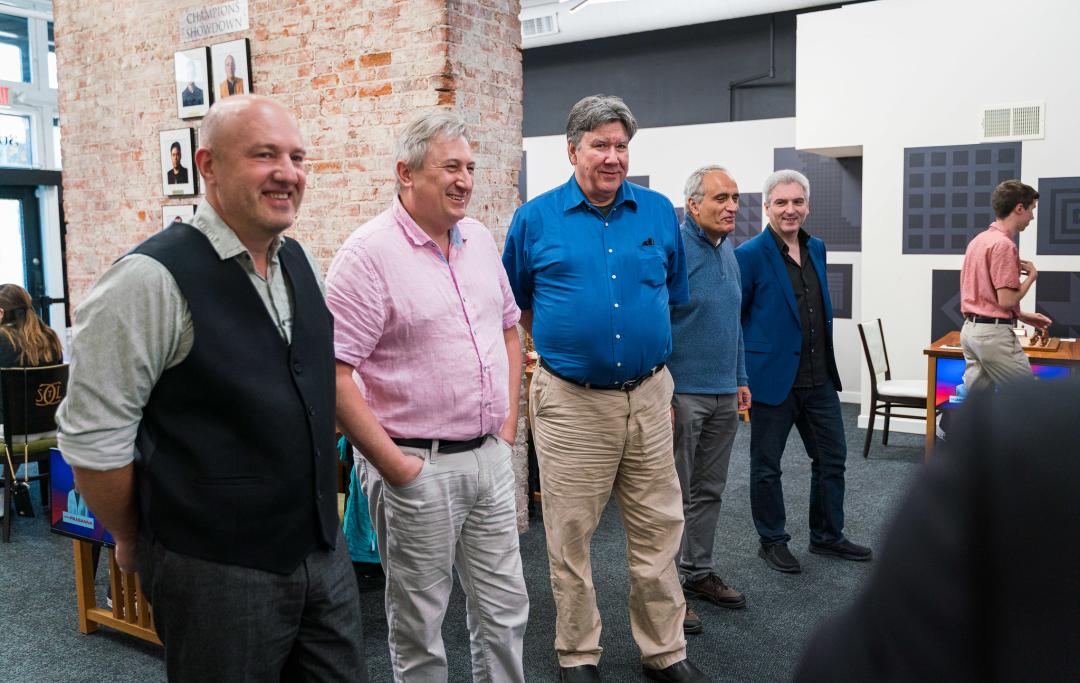 Five players — GMs Vladimir Akopian, Larry Christansen, Max Dlugy, Dmitry Gurevich, and Alexander Shabalov — shared the lead going into this final round, and as the day progressed, the commentary team of GM Cristian Chirila, WGM Dorsa Derakhshani, and GM Yasser Seirawan began speculating on just how many players might end up in a rapid tiebreak.

It turned out we got all five.

GM Vladimir Akopian was the strongest favorite to win, having White against the last-place GM Nick de Firmian. But Akopian had no winning chances throughout, and was even losing at some point. GMs Alexander Shabalov and Maxim Dlugy had a solid draw, and so the only missed opportunity for a clear winner was GM Larry Christiansen’s misconversion of a winning position against GM Dmitry Gurevich:

There was even a chance for last year’s Senior Champion GM Gregory Kaidanov (who entered the day’s play a half-point off the leaders) to join the playoff with a win, and indeed he was winning against IM Igor Khmelnitsky, but he spoiled matters with an endgame mistake and only drew.

The “fantastic five” now had to contest a rapid round-robin with a time control of game in 10 minutes with a two-second delay. Shabalov took an early lead by beating Dlugy in the first game, but Christiansen also beat Dlugy in a subsequent game, with all the other games to that point being drawn. Then Christiansen won again against Akopian, but Shabalov kept pace by beating Gurevich. The playoff had become a two-horse race, and it all came down to the final-round game, where Christiansen had White against Shabalov. Shabalov seized the initiative early on and maintained his advantage throughout the entire game, finally delivering mate. After nearly eight hours of play, Shabalov won the tournament!

Like Yu’s win in the Girls’ Junior tournament, Shabalov’s was a come-from-behind win. He had to win on demand against Christiansen in round eight, and then again in the playoff. For his efforts, he took home $20,000, and his second U.S. Senior Champion title (the first was in 2019). 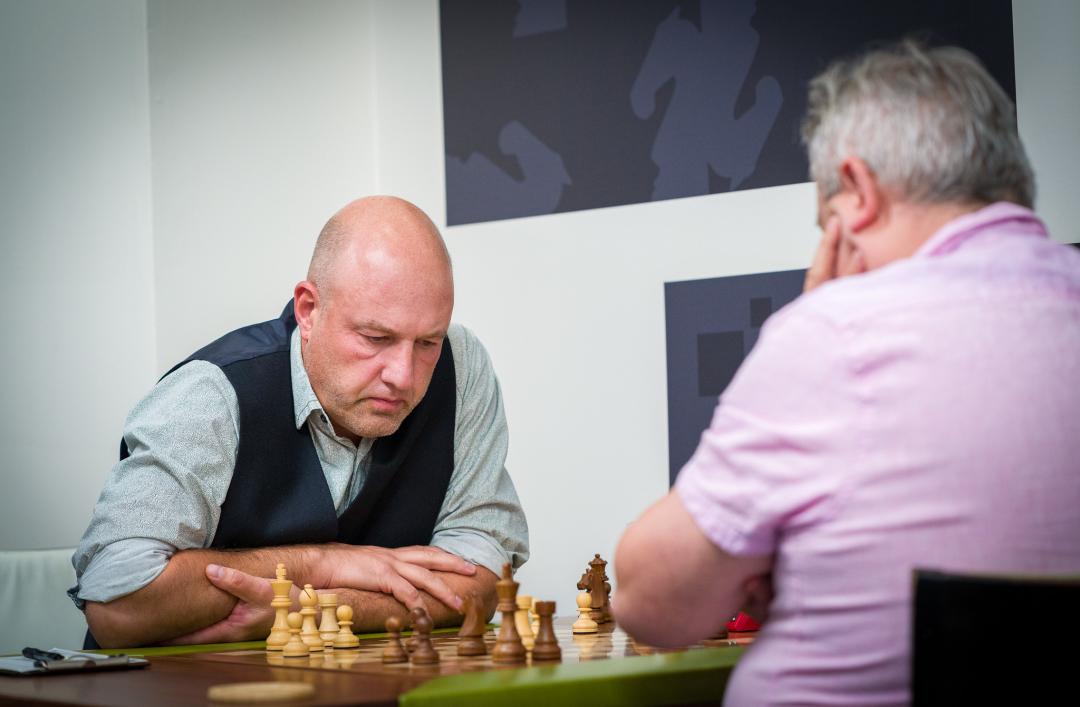 In his post-game interview, Shabalov was visibly emotional. He pointed out that he had been playing tournaments virtually nonstop for the past six weeks, and that apparently it had “paid off.” He even added that it was “a good thing” that the playoffs started very soon after his ninth round game finished, and that he didn’t have time to go back to his hotel room in between. Apparently he lives on action!

As always, the team at the Saint Louis Chess Club did a masterful job putting on a top-notch event. Thanks to them, to the Dewain Barber Foundation (in conjunction with US Chess) for the Junior and Girls’ Junior scholarships, and to the players themselves, who exhibited uncommon fighting spirit throughout. And congratulations to our new champions!