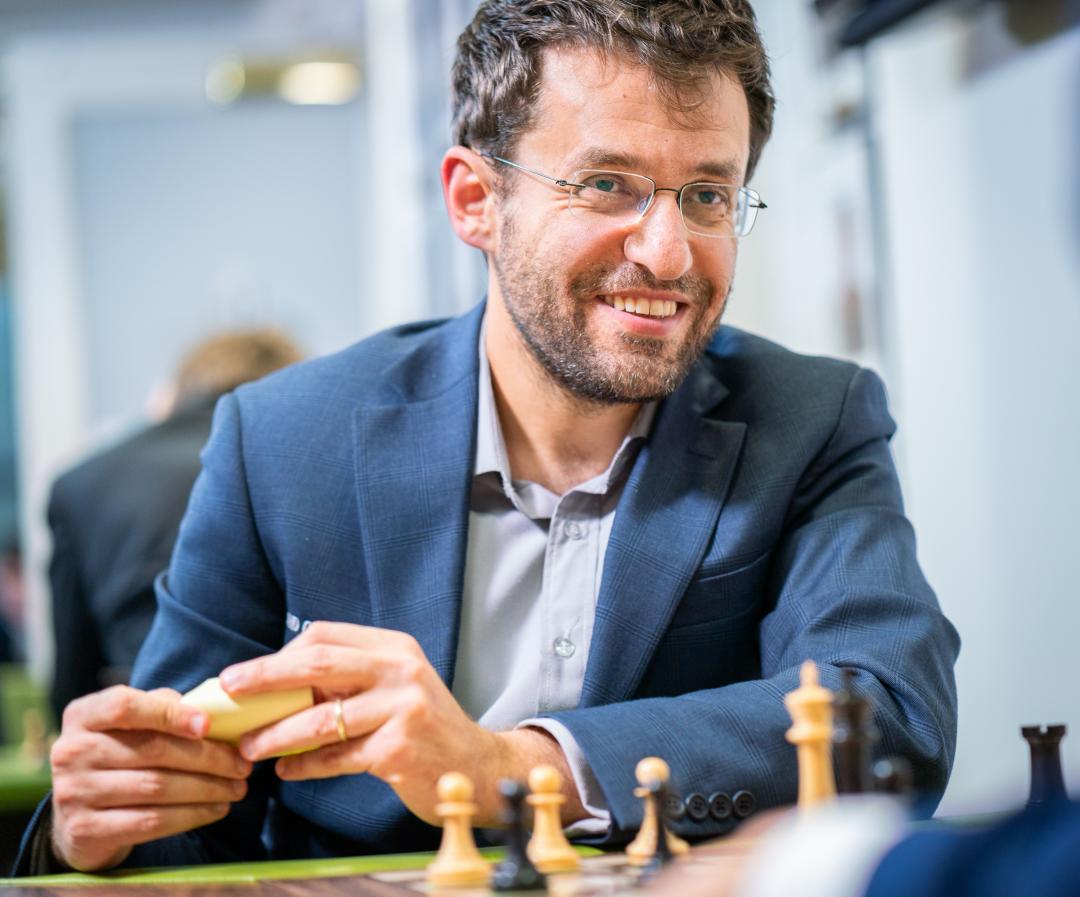 At the end of February, we reported that GM Levon Aronian was moving to St. Louis, Missouri and the process of officially switching federations was underway. On November 30, FIDE officially informed US Chess that "Levon Aronian, FIDE ID 13300474, has been changed from the Armenian to the USA Chess Federation."

Tony Rich, executive director at the Saint Louis Chess Club, tells US Chess, "Levon Aronian's transfer is another sign that chess is thriving in the United States. He is a great ambassador for chess, and we're happy to welcome him to Saint Louis."

US Chess' executive director, Carol Meyer, echoes Rich's comment, saying, "US Chess is thrilled to have a player of Aronian's talents and accomplishments representing us on the international stage."

Aronian's  "eligibility date" (the date from which a player can represent the new federation free of any fees) is set as 2023-11-08. This means he can now play chess as a USA player but that there are specific events (mainly FIDE organized events such as world championships or events qualifying you for a world championship event) that he cannot participate in unless he pays the transfer fee to FIDE and a compensation fee to Armenia. Upon payment of those fees he can then immediately represent the USA in those events. US Chess is in the process of submitting an "Application for Participation in FIDE Event Prior to Eligibility Date" form which will enable Aronian to participate in the FIDE World Rapid and Blitz Championships in December. Levon will be responsible for all fees associated with this process.

What is the compensation fee…

What is the compensation fee per tournament if he were to represent the USA now in a FIDE match?

Message to Sir Jason... at…

Message to Sir Jason... at your service...the incredible Mr. Rex Sinquefield of St. Louis, Missouri absolutely guaranteed the entire US Olympiad chess team /US player transfer fee instantly , "welcoming him with open arms" ...the ferocious
Armenian world class player, former world chess olympiad Armenian world team champion board one .. a truly wonderful person Mr. Aronian had real tragedy before moving.....his lovely wife/internationally known chess [player
Arianne Caoili was killed in a horrendous one car Armenian crash aftermath two years ago, For those just tuning in ,,,,Mr. Sinquefield loves chess , devised a top 100 company stock fund index with an at first doubting firm ,,rocketed to billions before retirement in St. Louis where he was once in an orphanage. He is a life long massive chess fan ( I know the feeling!) built the St.Louis Chess club hall of fame. and is absolutely the worlds greatest chess patron. His wife Jeanne was with him every step of the way and also made mega billion dollar deals with his formula index in final years before her own retirement from academia. For dessert topped with whipped cream .... SHE VIRTUALLY INVENTED AND EVEN FINANCED THE BOY SCOUT MERIT BADGE FOR CHESS NOW GLOBAL ,, A NO -JOKE -FOLKS - FEATHER IN THE CAP BEYOND WORDS, The divided full of hatreds silly amatuer often stupid American chess world absolutely deserved none of this. It just got lucky beyond words with Sinquefield who adores chess and its players ...and now this celestial off the chart gentleman grandmaster chess theorist and a world team champion leader L. Aronian,It really does take the breath away.The story is pretty unbelievable..but it is true.
Jude Acers/ New Orleans