Trio of American Junior Stars to Appear in $100,000 Challengers Tour 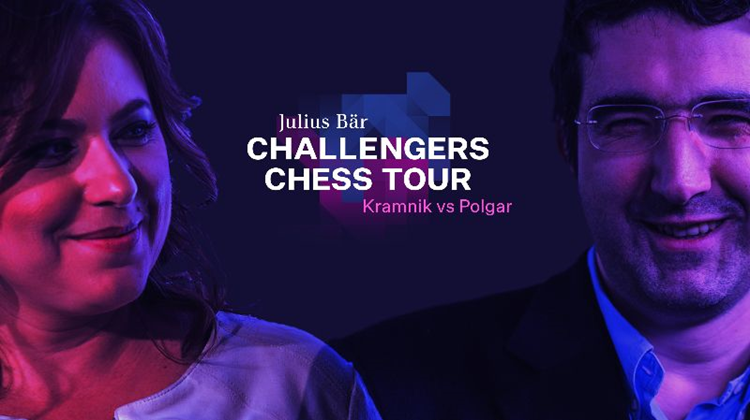 A new series of high-level chess is set to begin Thursday, with a spotlight on the next generation of international superstars – and three of America’s brightest up-and-comers are set for the stage.

Since September, the world’s most-elite Grandmasters have been brought together once a month to compete with World Champion Magnus Carlsen for $1.5 million in prizes, through a series of online rapid events known as the Champions Chess Tour.

The American trio is part of a handpicked group of 20 young stars from 12 different nations, in a showcase of the world’s emerging talent aged 14-24. The Challengers Chess Tour is planned as a series of five junior events that will award $100,000 in prizes, and each of its winners will earn a spot with the big fish in the next Champions Tour event. The two tours are scheduled to run opposite of each other. 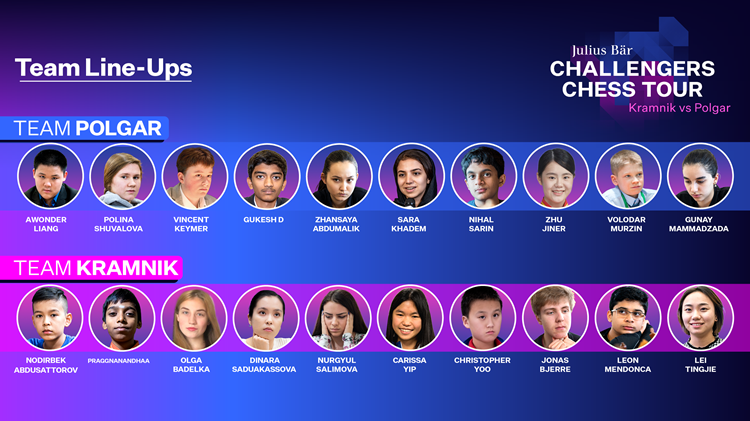 Positioned as a unique training ground, the gender-balanced Challengers Tour has split the 20 players into two teams led by the strongest female player of all time, Judit Polgar, and former World Champion Vladimir Kramnik. The two legends will serve as mentors to the players, along with their own handpicked set of world-renowned coaches who will provide weekly training sessions throughout the tour.

The first of the five Challengers Tour events will be the “Polgar Challenge,” beginning Thursday April 8 and following the four-day, round-robin format. All games will use a rapid time control of 10-minutes with a 5-second increment, and games will begin each day at 10:00 a.m. eastern. The Polgar Challenge has a prize fund of $15,000 and its winner will play in the next Champions Chess Tour event, scheduled for April 24.

For more tour information, including live broadcast with commentary for each of the events, visit the official websites of the Challengers Chess Tour and the Champions Chess Tour.

What an amazing opportunity…

What an amazing opportunity for these rising youth players; I'll definitely be tuning in!