Powerful US Teams Head to Olympiad in Baku 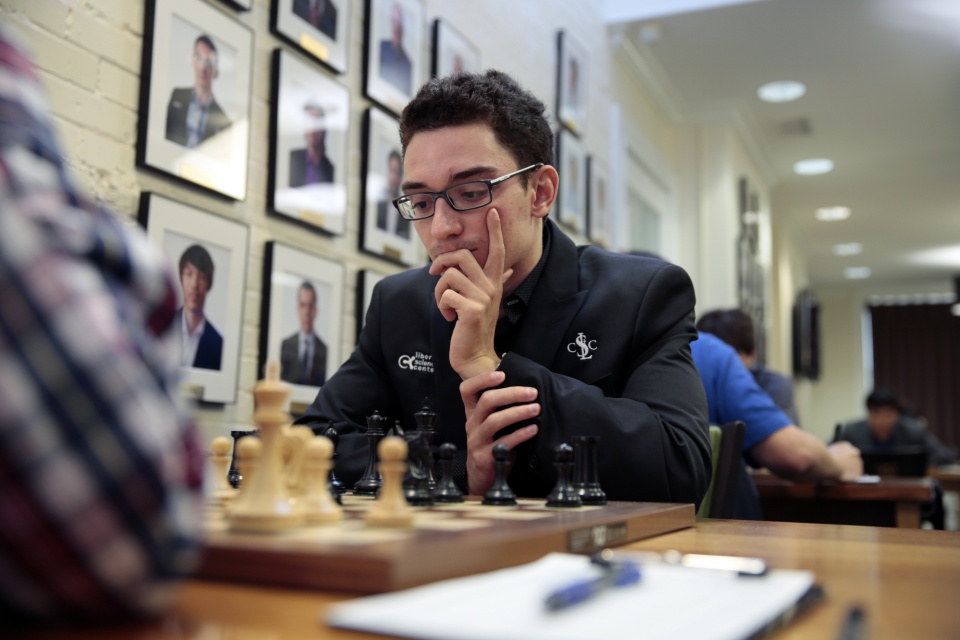 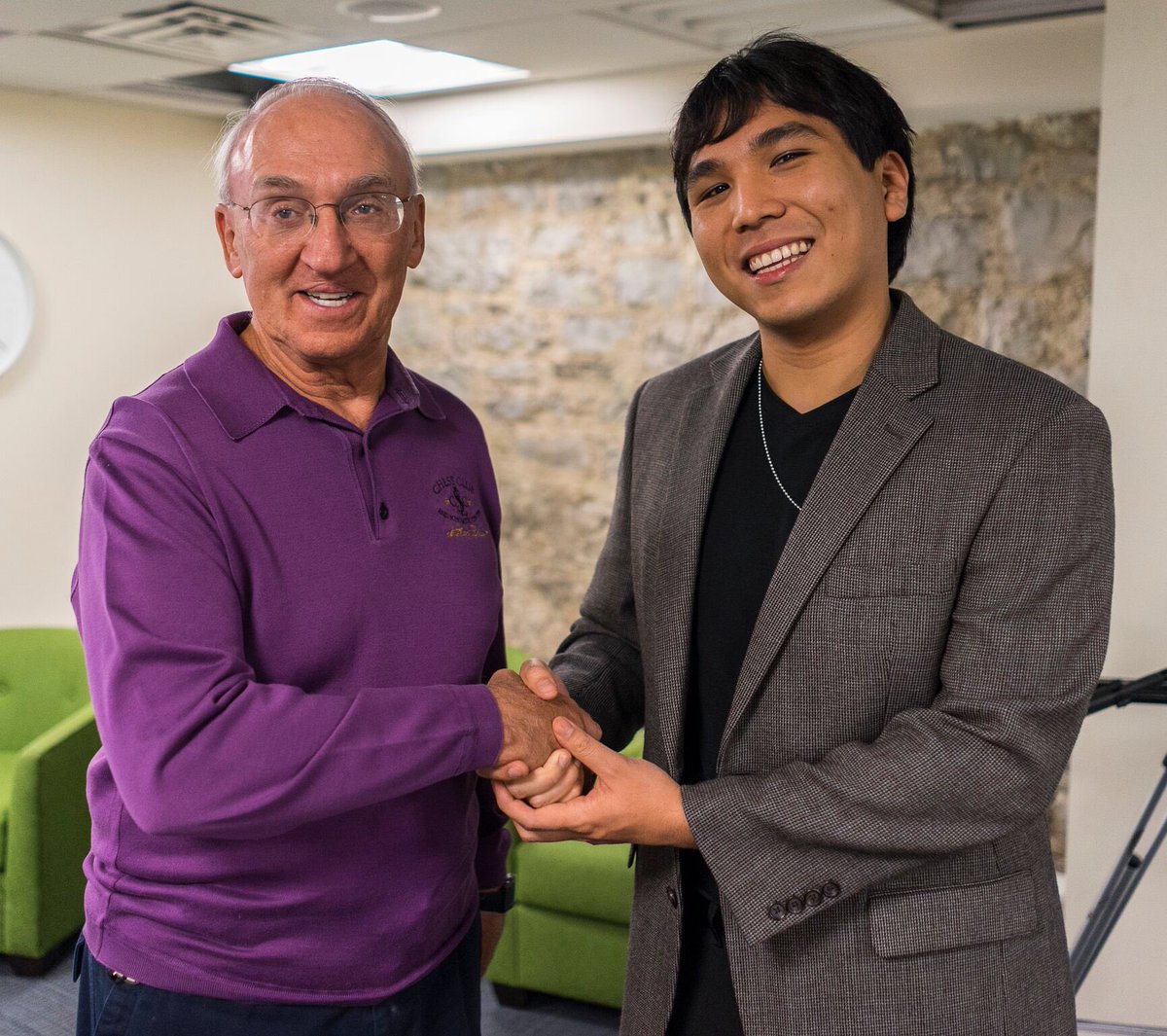 Rex Sinquefield with 2016 Sinquefield Cup Champion Wesley So
This team will be ranked second right behind Russia (Vladimir Kramnik, Sergey Karjakin, Alexander Grischuk, Ian Nepomniachtchi and Evgeny Tomashevsky) and just ahead of defending Olympiad champions China (Ding Liren, Li Chao, Wang Yue, Yu Yangyi and Wei Yi), but there will be no shortage of contenders fighting for the medals. Host Azerbaijan (twice European champions) and averaging over 2700 per board, will be looking to finish on the podium for the first time in an Olympiad. Other top teams include Ukraine, Hungary, Poland, France, India and England all of whom will have their chances in the 11 round event which has a record 180 countries competing in the Open competition. Match scoring (+2 for a win, +1 for a draw and 0 for a loss) makes it hard to separate teams and often a single mistake can significantly affect the overall result. One need only look at the performance of Russia in the post Kasparov years to realize how hard it is to win an Olympiad and that there are no guarantees. Top seed every Olympiad from 2004-2014 and with great players, high motivation, excellent support and generous incentives Russia nonetheless won no gold medals. The Women's competition sees four teams – China, Russia, Ukraine and Georgia - enter the competition rated significantly higher rated (an average over 100 points per board) than the rest of the field. China, led by Hou Yifan is the top seed, but Russia has won the past three Olympiads with the Chinese runners-up each time. Ukraine and Georgia will also be contenders to finish first, something no other country besides the “Big Four” has done since the breakup of the Soviet Union. 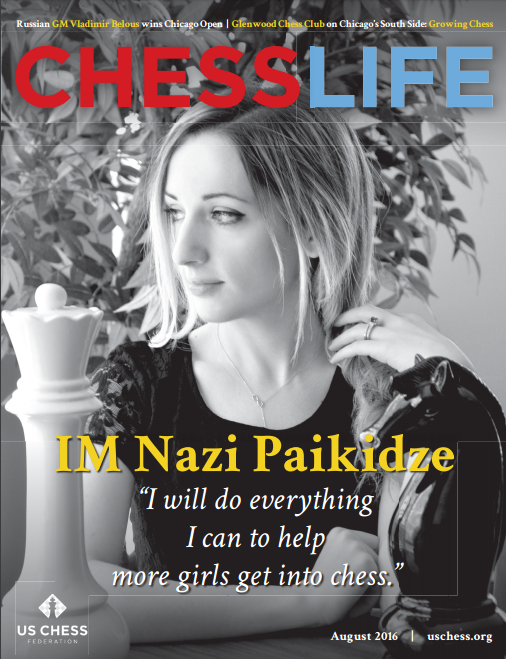 The United States, led by Irina Krush and Anna Zatonskih who are both rated in the top 40 women in the world, will be seeded sixth and seeks to repeat its tremendous performance in 2008 when it took home bronze. U.S. Women’s Champion Nazi Paikadze, who will be making her Olympic debut, strengthens the team which includes Katerina Nemcova and Sabina Foisor who played well two years ago in Tromso. Nazi will not be the only newcomer to the team as former Open team members Yasser Seirawan and Robert Hess will serve as team captain and coach for the first team. Womens (in rating order) 1. IM Anna Zatonskih 2449 2. GM Irina Krush 2444 3. WGM Nazi Paikadze 2366 4. WGM Katerina Nemcova 2365 5. WGM Sabina Foisor 2259 Captain GM Yasser Seirawan Coach GM Robert Hess The Olympiad is not only about teams winning medals and mega lineups averaging over 2700. Over 1600 players will be competing in the competition which ends September 13th, and many if not most of them will be amateurs of varying strengths hailing from nations all over the globe, from Palau to São Tomé and Príncipe. F.I.D.E.’s motto Gens una sumus "We are one people", is definitely true during the Olympiads. Thanks to the Chess Club & Scholastic Center of St. Louis and to the Kasparov Chess Foundation for their continued generous support. Find our campaign page here and join Kasparov by making a donation of any size using this link. Look for daily reports from the Olympiad by GM Alejandro Ramirez.
SHARE:

I am seeing gold for USA men.
Very strong, experienced US team - that is also quite young. That should help them hold up to the rigors of the 11 round team tournament.
How can this year's Olympiad embrace FIDE's motto of "Gens una sumus" if one member of the "gens" - Armenia - is not among the participants? And the reason for their absence is evident if one follows world events closely.
It is indeed sad to see a country that has won the Olympiad three times out of the last five (2006, 2008, 2012) not compete in this year's Olympiad. C'est la guerre!
Shankland for 9/10 on board four! As for the woman's section, here's to hoping that Sinquefeld successfully bribes persuades the Kosinteva sisters to switch federations in time for the 2018 Olympiad!
I'm more concerned about the US board 4 member. I hope Shankland and Robson will deliver as the pressure will be higher for them to produce results since they belong to a very formidable BIG THREE.